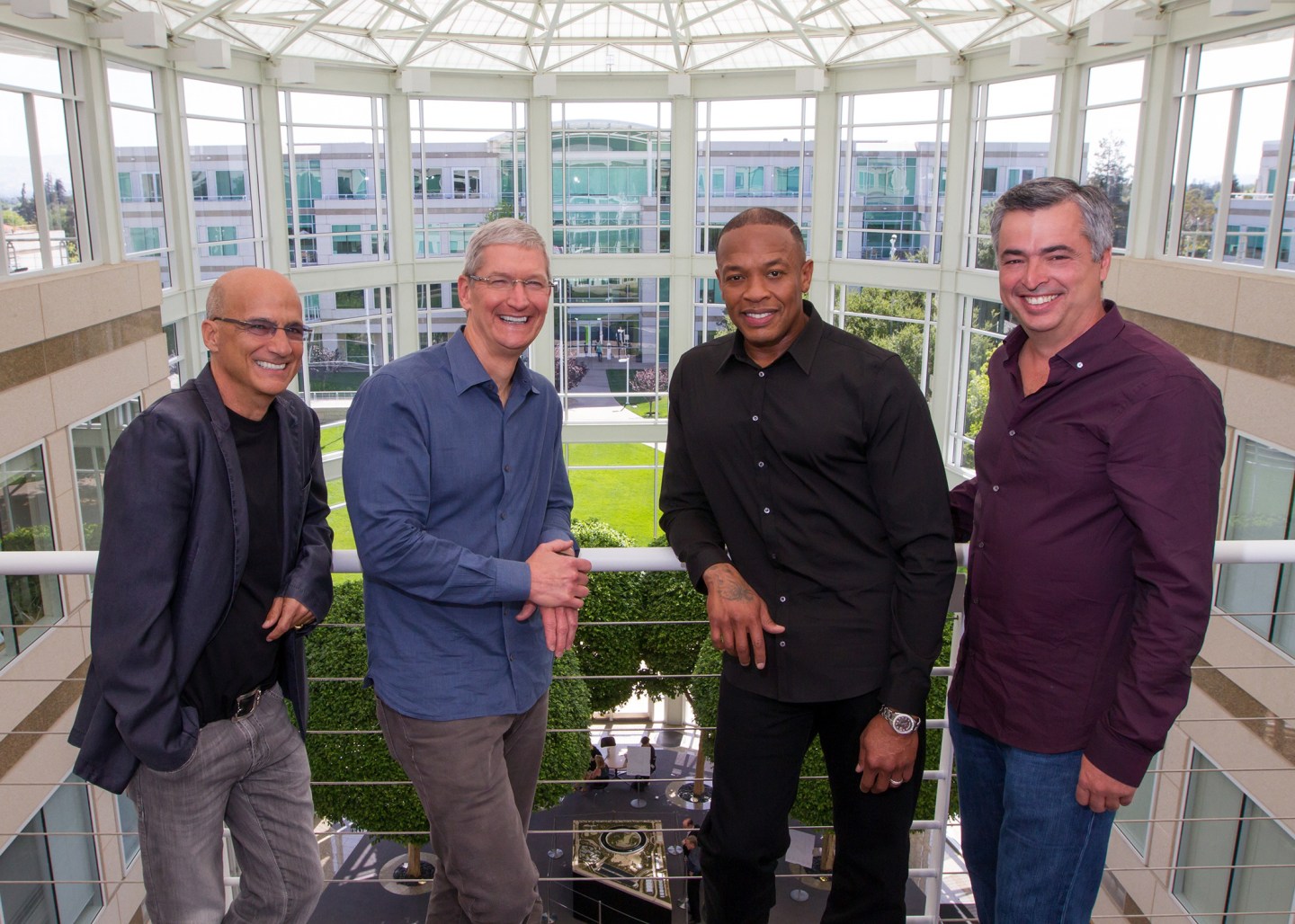 FORTUNE — After weeks of speculation and a slimmed-down offer price, Apple (AAPL) is officially in the music-streaming subscription business.

Apple agreed to acquire Beats Electronic Wednesday afternoon for $2.6 billion in cash along with a future payments of about $400 million, for the headphone maker and its Beats Music subscription service.

“Music is such an important part of all of our lives and holds a special place within our hearts at Apple,” Tim Cook, Apple’s CEO, said in a statement. “That’s why we have kept investing in music and are bringing together these extraordinary teams so we can continue to create the most innovative music products and services in the world.

Reports of deal talks between the two companies surfaced earlier this month, with Apple originally thought to be paying $3.2 billion for the company founded in 2008 by legendary rapper Dr. Dre and music producer Jimmy Iovine. The target company’s headphones and speakers have increased in popularity over the years and a subscription music service launched earlier this year, priced at $9.99 per month.

Last fall, The Carlyle Group (CG) invested roughly $500 million in Beats, giving it a valuation of about $1 billion, according to The Wall Street Journal.

Re/Code reports Apple will keep both the Beats hardware and subscription brands intact, and that both Iovine and Dre will join Apple as full-time employees. Apple said it expects the deal to close by the end of the fiscal year, pending regulatory approvals.