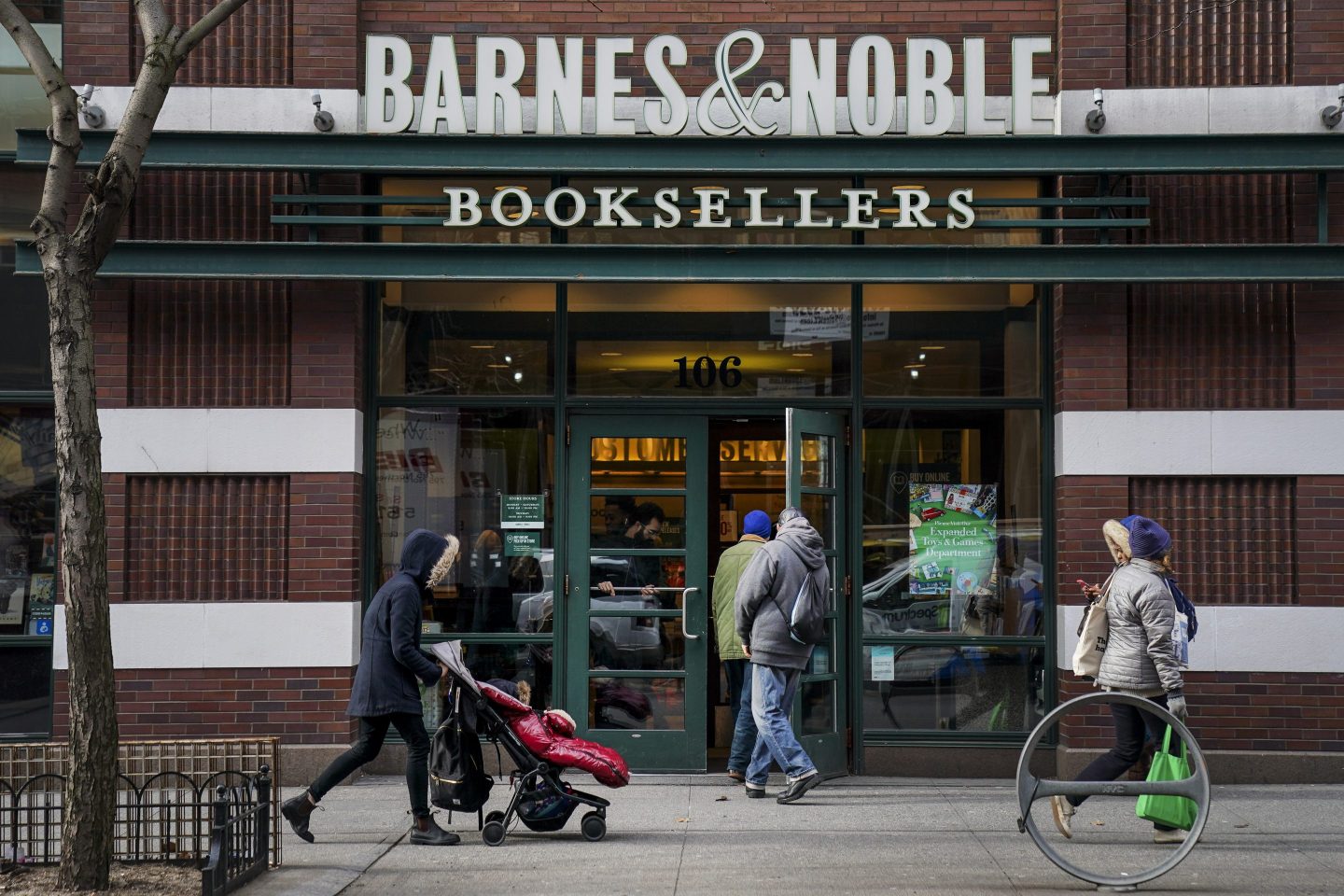 NEW YORK, NY - JANUARY 10: People walk by a Barnes & Noble bookstore, January 10, 2019 in the Brooklyn borough of New York City. On Thursday, Barnes & Noble Inc. cautioned investors that it could reduce its earnings guidance by up to 10 percent due to advertising spending and promotional activity. (Photo by Drew Angerer/Getty Images)
Drew Angerer—Getty Images

Barnes & Noble is withdrawing a planned line of famous literature reissued with multicultural cover images that has been met with widespread criticism on social media.

“We acknowledge the voices who have expressed concerns about the Diverse Editions project at our Barnes & Noble Fifth Avenue store and have decided to suspend the initiative,” Barnes & Noble announced in a statement Wednesday.

The author Adriana Herrera had called the books, scheduled to be launched this week, “the classics in blackface.”

“Diverse Editions,” a joint project between Barnes & Noble and Penguin Random House, featured 12 texts, including Lewis Carroll’s Alice’s Adventures in Wonderland, Mary Shelley’s Frankenstein, and L. Frank Baum’s The Wizard of Oz. The words are the same, but on the cover, major characters are depicted with dark-skinned illustrations by artists of “different ethnicities and backgrounds,” according to Barnes & Noble.

“Diverse Editions” was announced at a time when the publishing industry is already facing scrutiny over the novel American Dirt and its depiction of Mexican life and culture. “Absolute TONE-DEAF decision-making,” Mexican-American writer David Bowles, a leading critic of American Dirt, tweeted about “Diverse Editions.”

The decision also comes in February, which is Black History Month, an annual celebration of past and present achievement.

To much disbelief online, the organizers of “Diverse Editions” had said they used artificial intelligence in reviewing more than 100 older books and determining whether the race or ethnicity of a character is specifically stated. Few would argue that Alice from Alice in Wonderland or the title characters of Strange Case of Dr. Jekyll and Mr. Hyde are fitting for a tribute to black history.

“They could have Googled, chosen a dozen books by actual Black authors that are classics & sent those out with fresh covers & a big event,” author MIkki Kendall tweeted. “Add in bringing in contemporary Black authors to discuss these works & the whole thing is a win. They didn’t do the easy or logical thing.”

In its statement Wednesday, Barnes & Noble acknowledged that the new covers were “not a substitute for black voices or writers of color, whose work and voices deserve to be heard.

“The booksellers who championed this initiative did so convinced it would help drive engagement with these classic titles,” according to the bookstore chain. “It was a project inspired by our work with schools and was created in part to raise awareness and discussion during Black History Month, in which Barnes & Noble stores nationally will continue to highlight a wide selection of books to celebrate black history and great literature from writers of color.”