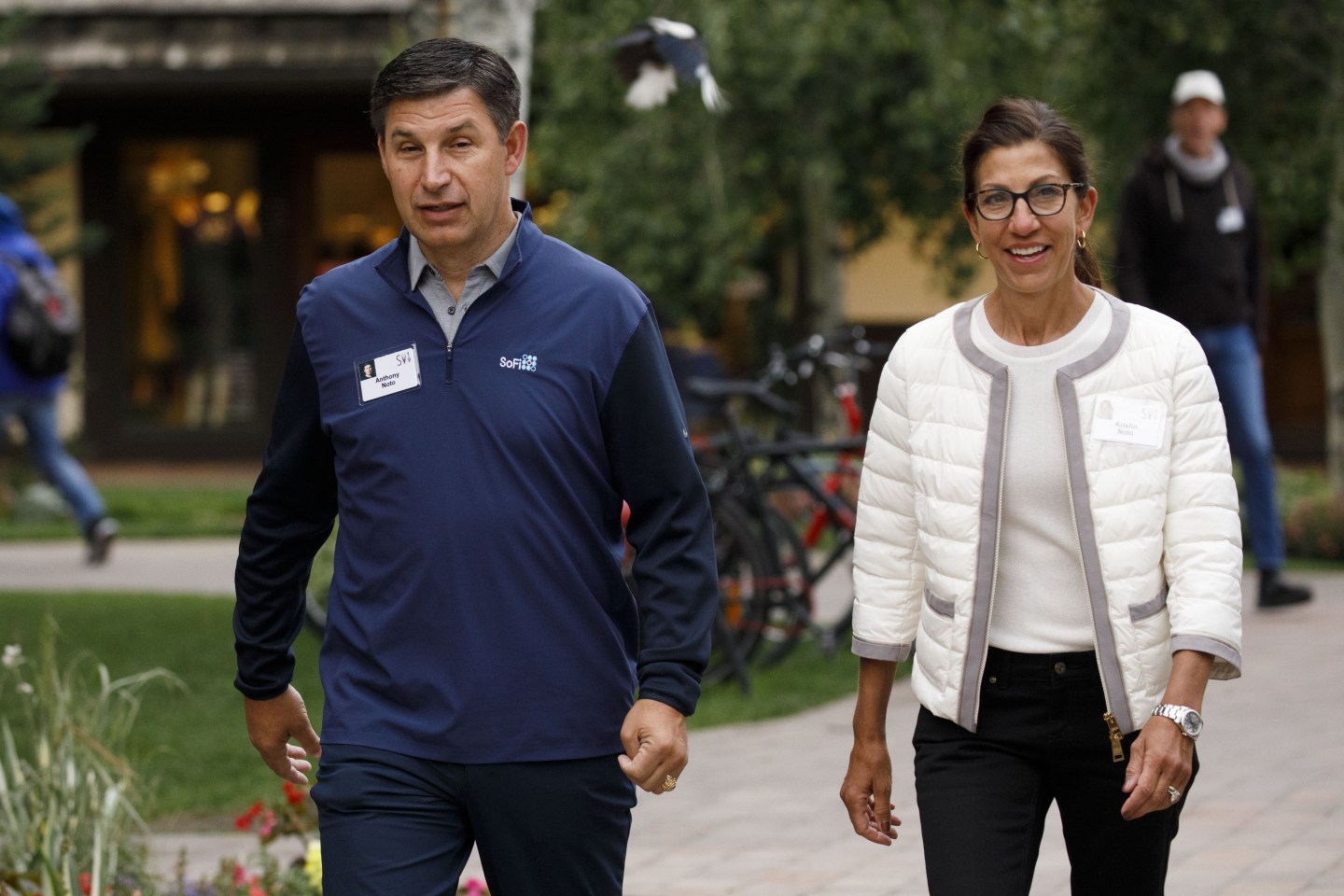 SoFi once enjoyed a sweet niche in the financial world: Refinancing the student loans of professionals poised to make lots of money. The San Francisco startup, whose name is short for social finance, also made its name by encouraging its “Members” to meet each other at parties and online. This put a human touch on the student loan business—and also offered SoFi a way to cross-sell mortgages to its high-flying MBA and law school graduates—so-called HENRYs (“High Earners, Not Rich Yet”).

Now the company has a new strategy—to include those of more modest means. At a recent breakfast in San Francisco, SoFi CEO Anthony Noto touted the company’s new everyman approach.

“We discovered people can’t afford to buy their first stock. They want to but then find out shares in a company like Amazon trades above $1,000,” says Noto, explaining how customers are coming to SoFi to buy fractional shares, or $10 positions in ETFs—reflecting a new client base unlikely to have expensive degrees from fancy schools.

Unlike other fintech CEOs, Noto doesn’t affect a touchy-feely manner or pretend his company is driven by altruism. A former Army Ranger and linebacker at West Point who ran operations at Twitter, Noto is also very much a banker. The reason he is pushing SoFi into new mass-market business lines is because he has to.

When Noto took the helms of SoFi in early 2018, the company was undergoing a minor crackup. Its former CEO and co-founder, Mike Cagney, had resigned amid a sexual harassment scandal and SoFi’s home loans were losing $10,000 on average. In response, the company laid off 5% of its staff and Noto focused on new product lines like consumer banking, cryptocurrency and investing. He also ended the losses on home loans, in part by off-loading the underwriting and some of the operations onto third party partners.

Cagney, who stepped down in September of 2017 now runs a startup called Figure that, like Sofi, offers debt consolidation.

“I’m proud of what we built and accomplished at SoFi, a $4.3B profitable financial services company in 6 years, but we also made some mistakes along the way. We’re hopeful that Anthony can steward the company to an even greater outcome,” Cagney told Fortune.

Today, Noto makes the case SoFi has regained its footing with new products and branding that promises to help consumers “get your money right.” This effort includes improving SoFi’s mobile experience, which Noto says had been neglected, and by “putting the social back in SoFi” by encouraging interaction among members. SoFi also made a splash by laying out a reported $400 million to buy naming rights to the Los Angeles stadium where the NFL’s Rams and Chargers will play next year.

Still, the company faces two notable challenges. One is that the supply of quality student loan borrowers who helped SoFi soar in its early years has been largely picked over. The other is that the new fields SoFi is entering like stock buying and consumer investing is fiercely competitive.

“SoFi was pretty catastrophic 18 months ago. Anthony has done a good job righting a listing ship, but those consumer lending businesses are terrible,” said a partner at a venture capital firm who specializes in fintech investments.

The partner, who spoke on condition of anonymity because he did not want to alienate SoFi, said he is skeptical that SoFi will be able to cross-sell many of its loan customers on its newer investing and banking products, noting that consumer interaction with lenders is fairly infrequent. He also pointed to the slumping price of public companies in similar businesses to suggest SoFi’s valuation could get pummeled if it pursues an IPO.

Noto believes he can pull off considerable cross-selling among SoFi’s 900,000 customers, in part by promoting its “Member” culture among customers. He also points to SoFi being one of only a handful of firms that offers fractional share purchases, and to its no-fee bank account services that offers 1.6% interest. Last week, SoFi also announced a tie-up with Mastercard that will help the company offer more perks like cell phone insurance.

Still, building up a banking business could be a slow slog. A person familiar with the company said SoFi currently has 150,000 banking customers, adding that while its lending businesses are profitable, the company overall is not. Noto predicts the banking and investing products—dubbed SoFi Money and SoFi Invest—will gather steam as the company improves its “Member experience” and as more potential customers hear about them.

Meanwhile, Noto has no intention of resurrecting SoFi’s earlier plans of seeking a federal banking charter. Instead, the CEO, who is known for his colorful language, says his company will for now continue relying on larger banks—what he describes as “the oligopolists”—that currently charge SoFi an average 4% interest on its loan capital. This reality, Noto says, underscores how big banks are able to collect outsized profits on their loans even as they offer customers almost negligible returns on their savings.

Noto is intent on playing a long-game, which he believes will be helped by a healthy balance sheet that lists $2.2 billion of available capital. His focus for now is to push every unit of the company, which has recently grown to around 1500 employees, to become profitable. It remains to be seen, however, whether all this will help SoFi, which has raised a total of $2.3 billion at a $4.2 billion valuation, regain its status as a fintech darling.

For Noto, the former soldier and football player, victory at SoFi is likely to come only through a grinding, yard-by-yard struggle.

Correction: An earlier version of this story incorrectly described HENRYs as high income, not high earners.