Why the U.K. is bailing out regional airline Flybe when it’s let others fail 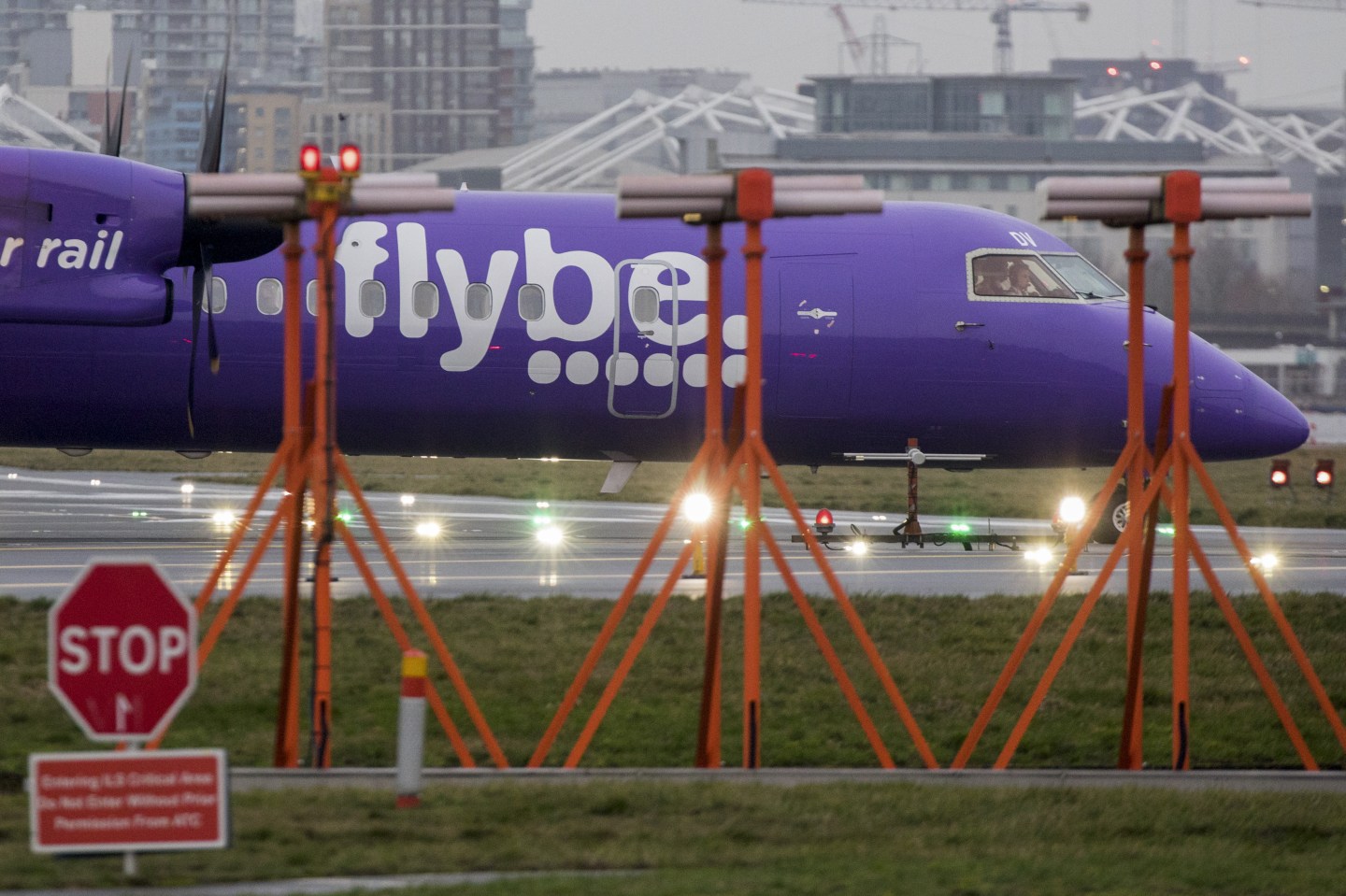 A passenger aircraft, operated by Flybe Group Plc, taxis past landing lights at London City Airport in London, U.K., on Tuesday, Jan. 14, 2020. U.K. regional airline Flybe has only days to secure a rescue package that could include help from the government, according to a person with knowledge of the talks. Photographer: Chris Ratcliffe/Bloomberg via Getty Images
Chris Ratcliffe—Bloomberg/Getty Images

Having secured a fresh five-year mandate last month on a promise to “level up” the inequalities between the U.K.’s rich cities and its impoverished regions, U.K. Prime Minister Boris Johnson has been maneuvered into bailing out Flybe, a chronically loss-making airline that provides much-needed services to those areas. Many of them are islands or remote corners of the country, with no serious alternative transport connections.

The government said on Tuesday that it had agreed to give Flybe more time to pay £106 million ($138 million) in Air Passenger Duty, which is levied on all flights from U.K. airports, in an effort “to set Flybe on a recovery path.” In return, it exacted a promise from Flybe’s owners, Connect Airways, to inject £20 million in working capital.

In doing so, Johnson has enraged not only competing airlines, but also an increasingly assertive environmental lobby that believes air travel—a major contributor to greenhouse gas emissions—already enjoys too many privileges.

For good measure, Johnson also appears to be distancing his party still further from the legacy of former Prime Minister Margaret Thatcher, its guiding light for most of the last 40 years, who ruled by the principle that markets and free enterprise provide better answers than state intervention when faced with such conundrums.

Flybe’s competitors were immediately up in arms: Willie Walsh, the chief executive of British Airways parent International Airlines Group, called the move a “blatant misuse of public funds,” as his company filed a complaint with the European Union’s antitrust regulators. The government says its move is in line with EU state aid rules.

They bought the airline a year ago for only £2.2 million, promising to inject a further £100 million to turn it around. In October, Connect announced Flybe would be rebranded Virgin Connect, reflecting its growing role as a provider of feeder traffic to Virgin’s more profitable long-haul routes. Virgin—49%-owned by Delta Air Lines—is a major competitor to BA on most of those long-haul routes.

Other Flybe competitors dished out criticism of the deal too: “Taxpayers should not be used to bail out individual companies, especially when they are backed by well-funded businesses,” EasyJet CEO Johan Lundgren told Reuters on Wednesday.

Whether the government needed to be so generous is certainly open to question. While it’s true that the loss of Flybe’s services would be disruptive to some regions in the short term (32 out of 46 aircraft leaving Belfast’s George Best Airport in the next 24 hours will be Flybe’s), they could be replaced relatively easily by regional players Loganair or Eastern Airlines, or bigger players such as EasyJet and Ryanair, before too long.

That much is certain because the EU (by whose rules the U.K. will still be bound) allows extensive subsidies for loss-making services to remote regions through what it calls the Public Service Obligation (PSO). Like the U.S.’s Essential Air Service rules, the EU’s PSO guideline make rural routes viable by offering grants, usually through tenders, to cover any shortfalls. Flybe already makes use of such grants, notably on its services to Cornwall in southwest England.

Another grievance of its competitors is that, although it has had no control over issues such as Brexit, Flybe is responsible for many of its own problems. It only posted one profit since its IPO in 2010, having ordered more aircraft than it could reasonably deploy. It spent most of the decade running half-empty flights and trying to escape onerous lease agreements (including with Stobart Air, now one of the partners in Connect).

The full details of the deal between the government and Flybe’s owners aren’t yet public. However, the government’s agreement to let Flybe defer settlement of a £106 million bill for Air Passenger Duty is effectively a short-term loan that does little to put taxpayer money at risk: Flybe has plenty of sellable assets, and if it really can’t be saved, then Her Majesty’s Revenue Collection will always be at the top of the list of creditors in any bankruptcy agreement.

It may yet be that all Johnson has done is prevent the disorderly collapse of a third airline in four years. His predecessor Theresa May allowed the failure of both Monarch Airlines, in 2017, and Thomas Cook last year, despite heavy job losses.

“A willingness to intervene to prop up failing businesses is important given [the Conservative Party’s] new electorate,” said Matthew Goodwin, a professor in politics at the University of Kent. He noted that those who gave Johnson his victory are “more working-class, quite economically insecure and certainly more up for government intervention than traditional ‘True Blue’ Conservative voters.”

In a statement, Flybe said it’s “pleased with the support received from the Government and the positive outcome for our people, our customers and the U.K.”

In order to avoid the impression of giving preferential treatment to a single company, the government has now promised a review of the whole Air Passenger Duty regime in its annual budget in March, which could lead to cuts to the scheme. That has opened up whole new can of worms. For one thing, APD is one of the Treasury’s most treasured cash cows, bringing in £3.6 billion in the 2019 fiscal year. That’s double what it raised a decade ago.

More awkwardly, APD has been consciously presented as an essential part of the U.K.’s climate strategy, a measure to skew the playing field in favor of railways with an eye on the goal of making the country carbon-neutral by 2050.

Tweeted Caroline Lucas, the U.K.’s only Green Party member of parliament: “Domestic flights need to be reduced, not made cheaper.”