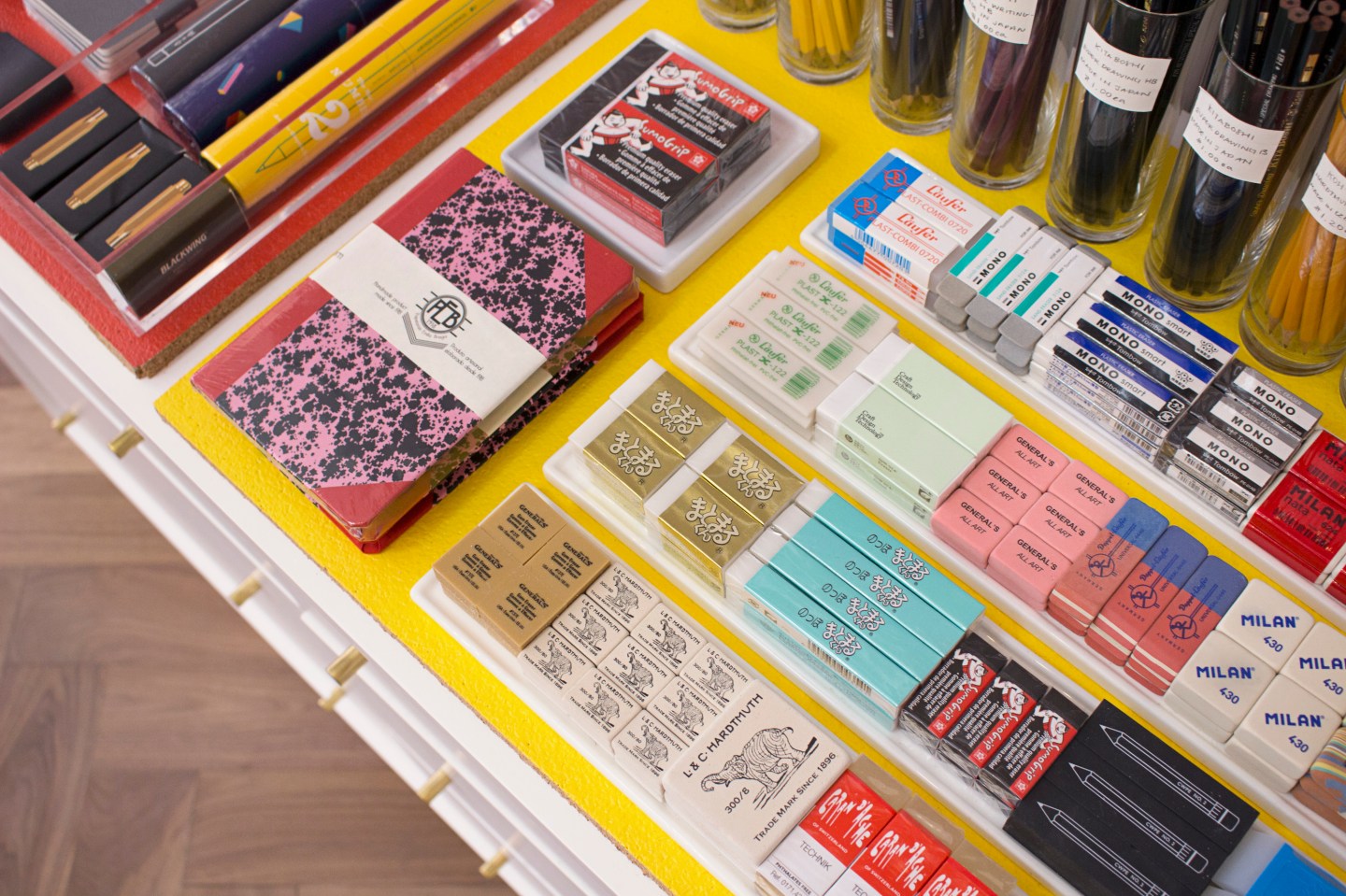 Walking into Caroline Weaver’s empire in New York City feels like stepping into an Instagram photo. It’s ironic, given that her shop is dedicated to a tool many consider to be a relic of a time gone by—a product rendered obsolete by the same invention: the Internet, which in turn gave way to Instagram.

But CW Pencil Enterprise is possibly the only pencil specialty shop of its kind worldwide.

And it turns out people are still buying pencils. “I can’t do much market research because there is no other shop [like ours],” says Weaver. “But there’s somebody in every demographic of person in the world who uses pencils and cares deeply about them.”

The paradox of leading a successful retail business in the era of all things online isn’t lost on Weaver, 29, who believes that specialty shops will stay relevant as long as their competence in their chosen specialty is kept paramount.

“If you have a specialty shop, you also have to staff it with people who just know everything about what they’re selling,” she says. “I think that’s the most important thing: We can make recommendations. We know about everything. People need to feel like they’re not being taken advantage of because of a fad or a novelty of a niche of things. It’s a serious business where serious people go to buy tools that they need or tools that they love.”

Weaver launched as an online-only venture but decided to open a brick-and-mortar store in 2015. She eventually outgrew her first space and moved to her current one, also on the Lower East Side of New York City, in October 2017.

The fulfillment of a promise of expertise is obvious upon meeting Weaver and asking her for a pencil recommendation. “I’d ask you a few questions,” she says when prompted about her usual guidance. Those questions include, Are you right-handed or left-handed? Left-handed folks inevitably grapple with a smearing problem. Do you need an eraser at the end of the pencil?

The store advertises that it offers “the best pencils from around the world for all your graphite needs, handpicked by pencil experts.”
CW Pencil Enterprise

Weaver must find a way to narrow down the over 250 pencils available in the shop during any given day. These hail from at least 15 different countries and, contrary to popular belief, not all pencils are created equal. Although the traditional wood-cased pencil has been made the same since the 1800s (graphite, clay, and water), companies around the globe have been trying to perfect the product—and define what that perfection even looks like—in recent times.

To modify the original recipe, gurus have used different woods, played around with the origin of the graphite, and even added other ingredients to the classic mixture. The NanoDia pencil, by Japanese company Mitsubishi, for example, features “diamond particles that are supposed to make it stronger and hold its point longer,” Weaver explains. The inventiveness of the Japanese is what, according to her, catapults the country to the forefront of the pencil world. “I think anyone in Germany would probably tell you that Germany [is renowned in the pencil-making universe] but, in general, among analog writing people, the [consensus] is that Japan is [on top],” she says.

It should come as no surprise, then, that Weaver sees a physical store of her kind to be potentially successful only in New York or Tokyo, a city she just visited for a press conference in connection with the launch of her book in Japanese. Published in 2017, The Pencil Perfect: The Untold Story of a Cultural Icon chronicles the history of the pencil from the 17th century through today. Weaver is working on yet another book, scheduled to print in February, which will include photographs of different pencils printed alongside historical factoids about each one.

“Most pencil companies that exist now have been around for at least 100 years, and almost all of them are still family-owned,” she says. “There are all these stories to tell. It’s kind of amazing.”

That’s a lot to say about pencils, which prompts the question: What is it about the product that excites Weaver so much?
CW Pencil Enterprise

Although highly trafficked, the CW Pencil Enterprise shop couldn’t exist without supplemental help from the still-thriving online store. “I think these days, if you’re going to have a successful retail store, you’re going to have to have an online presence,” says Weaver, adding 70% of all the store’s online revenue comes from international orders.

Wanting to open a second “closet-size” store solely dedicated to adhesives for quite some time, Weaver saw an opportunity to combine the two ideas when signing a lease at her current location, which granted her more space than needed to sell pencils. “We have a lot of people who come here just to buy a ton of stickers,” she says. “I would rather have one shop exactly the way that I wanted it to be than have a lot of shops [that lose] that really personal feeling.”