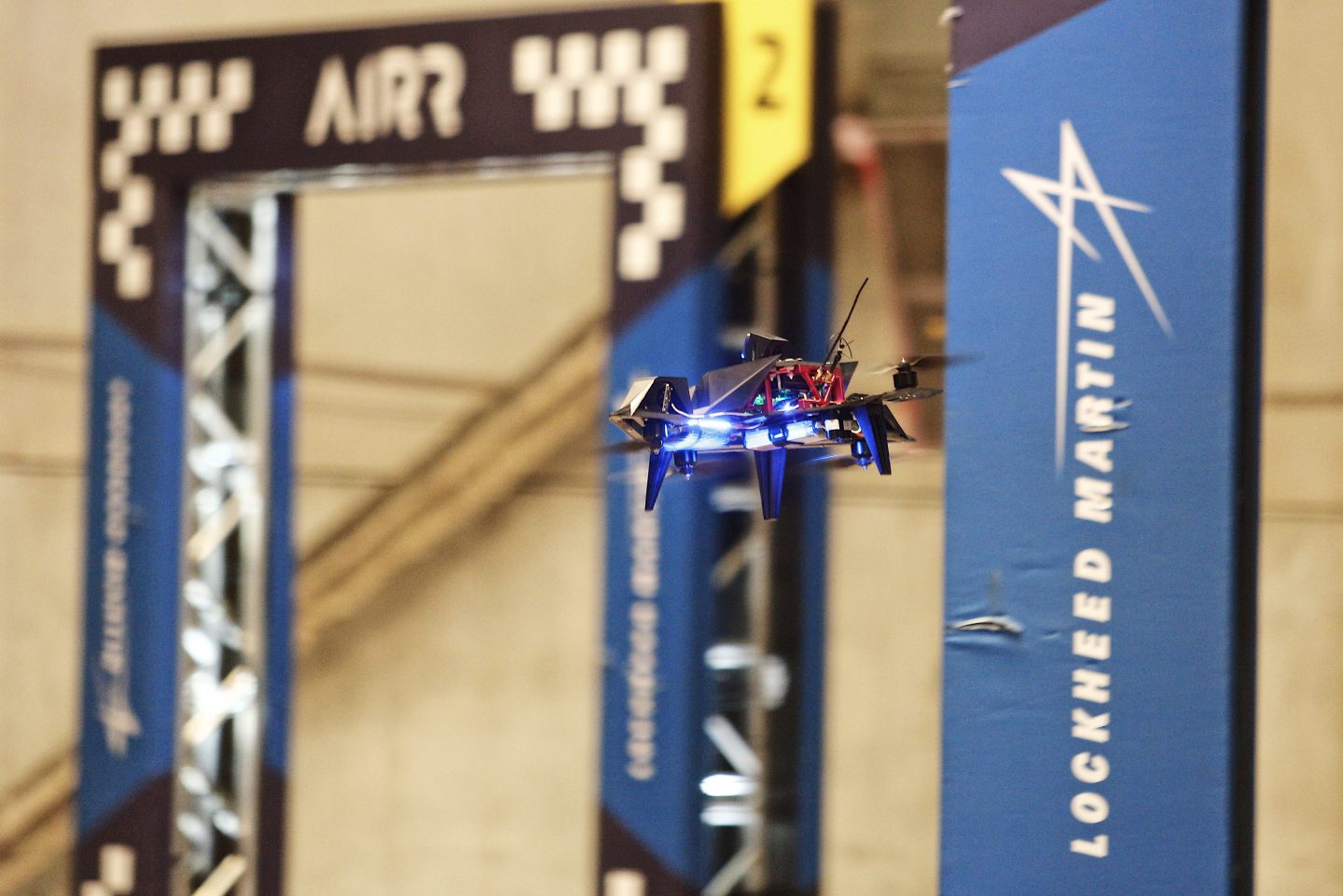 A team from MAVLab, the drone research lab of the Delft University of Technology in The Netherlands, won $1 million as the champions of the first-ever season of professional drone racing piloted by artificial intelligence programs.

But while MAVLab’s A.I. pilot bested other computer-flown craft at the end of a three-month season run by the Drone Racing League, it fell far short of beating one of the best human pilots. That would have garnered a prize of another $250,000.

Nine A.I. drone teams, picked from more than 400 applicants, competed in four races this season. In the championship on Friday, the teams faced off on an indoor course in Austin, Texas. Racing identical craft running different software, the teams’ drones navigated around obstacles at speeds reaching 90 miles per hour. MAVLab’s team took home the $1 million prize from sponsor Lockheed Martin, after a drone running its program completed the course in 12 seconds, 25% faster than the next-fastest rival, UZH Robotics & Perception Group from Switzerland.

After beating its A.I. competitors, MAVLab took on human pilot Gabriel Kocher, who is competing in the DRL Allianz World Championship Season of pro human drone racing. MAVLAb improved its time by one second to 11 seconds, but that was far behind the six seconds it took Kocher to complete the course.

It wasn’t all smooth flying for MAVLab’s drone during the season. The team’s drone crashed out of the first race in October in Orlando, Fl. But the team tweaked its software in subsequent races and won the championship race in Austin.

“The team worked super hard on this,” MAVLAb leader Christophe De Wagter said in a statement. “I can’t wait to see how autonomous drone technology innovation will continue to evolve over the next few years.”

The Drone Racing League, which first took flight four years ago, had previously stuck to human-piloted drones. The league featured rounds of a dozen professional pilots at a time racing identical drones around an obstacle course. This year was the first time they introduced A.I. pilots. Races are shown worldwide via broadcasting deals with NBC, Sky, and other networks and backed by sponsors like BMW, Seagate and Lockheed Martin.

The league said it would air highlights of the A.I. racing season on Dec. 29 at 4 p.m. ET on NBC and online on Twitter.