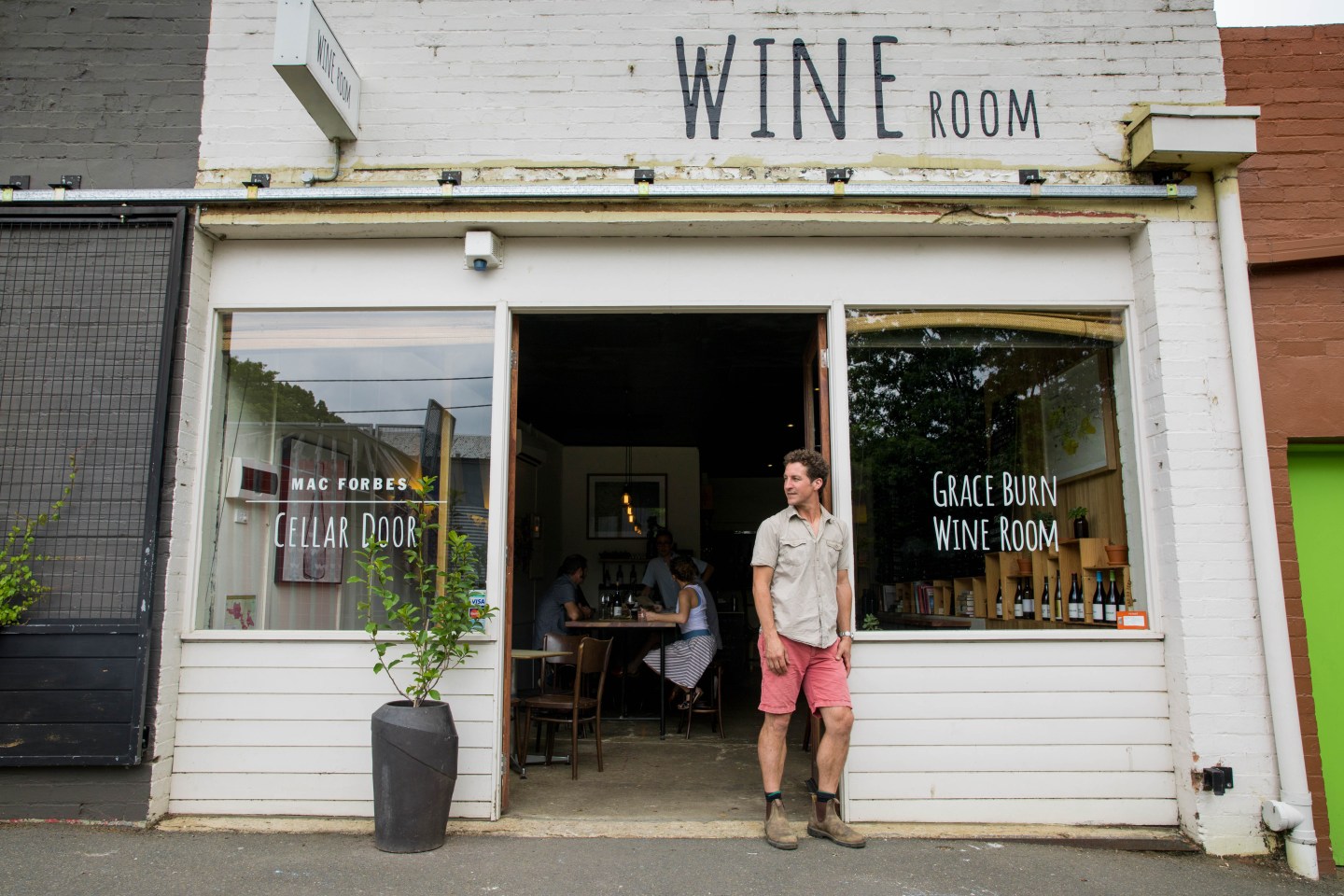 While working in Europe’s famed wine industry, Mac Forbes, an expatriate, found he was a bit embarrassed about his homeland. The wines from Australia just didn’t seem to measure up.

Forbes explains his feelings were reflective of a slight inferiority complex, the Tall Poppy Syndrome, for which Australians say they are known. “We are not good at saying we are good at anything,” says Forbes.

His home, the Yarra Valley in the state of Victoria, had established a reputation for wines that often referenced French-style wines like Bordeaux and Burgundy. They weren’t especially innovative, though the Cabernet from the region was often well regarded.

That one-note vision of what it takes to make a fine wine is starting to change in the Yarra Valley and more broadly, across the entire continent of Australia.

“Ten to 15 years ago, people didn’t care if they liked the wines, because if it had Australia on the bottle, there was no hope in selling it,” explains Forbes. “There’s been a shift.”

Australia exports nearly $2 billion in wine annually and is, after Italy, the second-largest importer to the United States market. In the U.S., dollar sales for Australian wine have dipped in 2019, underperforming growth from heavy hitters like France, Italy, and New Zealand, and key winemaking regions in the U.S., including California and Oregon.

In recent years, the Australian wine industry has been stung by Yellow Tail’s hangover. The kangaroo-encrusted wine was once Australia’s star import, but volume has dipped by 11% from 2018 to 2014, according to data by research firm Euromonitor International.

Winemakers from Australia finally are seeing encouraging trends worthy of a tentative toast. While export volumes for Australian wines are declining globally, the price that those wines command continues to increase on average. That is an indication that the industry’s pivot to higher quality wines with loftier price points is successful.

“We see tremendous upside in the U.S.,” says Aaron Ridgway, Americas regional general manager for trade group Wine Australia. “It is the biggest wine market in the world. It is the most sophisticated and dynamic.”

The story of Australian wine in the United States has three distinct chapters. First, in the mid 1990s, small and midsize wineries gained a footing in the U.S. because the red wines became popular stateside, and that’s a style that Australia was known for producing.

Then in 2000, Yellow Tail launched, and just seven years later, sales sailed north of over half a billion in the U.S. alone. It also became the bestselling wine in Australia. Yellow Tail benefited as a main star of the “critter” label craze. Elder-age millennials, coming into legal drinking age for the first time in the early aughts, were entranced by wines featuring kangaroos, penguins, and roosters.

But the global recession dinged Aussie imports, and critters don’t appeal to younger millennials. Those drinkers have gravitated toward new styles like rosé and new formats, like canned wines. The latter is problematic for Australian winemakers because it is expensive to ship cans across the ocean. As a result, they can’t compete on price; many canned wines are made from bulk California wine—i.e. the cheap stuff.

Ridgway is cheering growth for Australian-made Shiraz, Cabernet, and Chardonnay, all seeing sales increases at a price point above $10 in the United States.

“Demand for Australian wine in the U.S. is still strong,” says Tom Steffanci, president of Deutsch Family Wine & Spirits, which imports Yellow Tail to the U.S. While outside data shows Yellow Tail’s volume has declined in recent years, the brand still reports depletions of nearly 7 million cases annually and remains the top imported wine brand in the U.S.

Steffanci adds that there are pockets of outperformance for Yellow Tail, with volume for Chardonnay up 7.5% and Pinot Grigio growing 2.8%, both better than the competition. And while Yellow Tail doesn’t have any new styles or innovations hitting the market this year, it will spend about $7 million on advertising to support the brand.

Smaller rivals are talking more about the regional differences of wine across a vast nation that is the world’s sixth-largest by total area. Yarra Valley is known for Chardonnay and Pinot Noir, while McLaren Vale makes solid Shiraz and Grenache. Tasmania is seen by many as an emerging rising star in winemaking.

“Earned or not, Australian wines have suffered in the past from a reputation for poor quality,” says Alexander Esposito, research analyst at Euromonitor. French wines have retained their reputation for quality, while New Zealand continues to improve on that front.

Encouragingly, younger American wine drinkers “want value and are willing to look past provenance and tradition,” says Esposito. To compete, he suggests Australian winemakers tap interest in rosé and sparkling wine, both growing in popularity in recent years in the U.S.

At the Mac Forbes winery, less than 5% of the 10,000 cases shipped each year go to the U.S. market. Winemaker Forbes says that while Yellow Tail was an opportunity to put Australia on the American table, there’s much more that Aussies can offer.

“Within Australia, there is a huge range of climates, conditions, and soil, and they all result in widely different styles of wine,” Forbes says.

Yangarra is among those discovering that moving far afield from Australia’s legacy winemaking methods can yield dividends. The winery, backed by California-based Jackson Family Wines, debuted its first vintage in 2002 and quickly earned rave reviews for its Grenache. Back then, Grenache was a bit of an ugly duckling, as most people were drinking bigger, heavier wines, and Grenache is more medium bodied. But as taste buds evolved, Yangarra profited. It produces 20,000 cases annually today, up sharply from the 8,000 run at the start.

The winery is also among those pivoting on price. A year ago, it stopped shipping the lower-priced general estate wines to the U.S., where competition is high. Instead, it focuses export markets on the $50 to $150 per bottle range.

“The perception of Australian wines is more complicated than just Yellow Tail,” says Fraser. “There are wines that are now starting at $40 and above that are showing the diversity of the wine regions of Australia. These wines can be sold globally and not just for the U.S. market by showing the real Australia.”