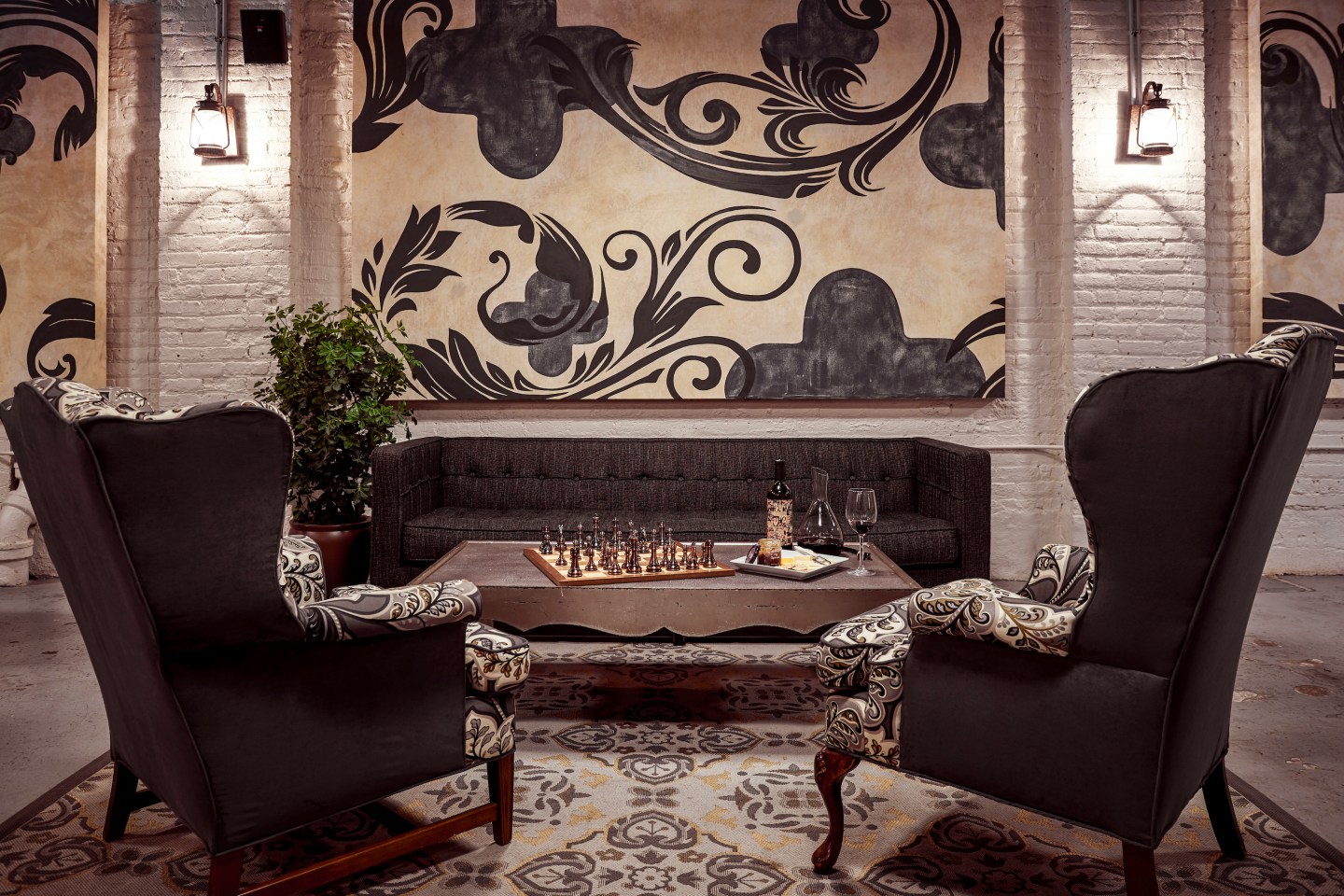 Accessibility is hardly the word that most often comes to mind when discussing private clubs, but Sharon Provins and Kim Bosse, founders of the five-year-old Birch Road Cellars, aren’t shying away from it as a goal.

Tossing out the old models that excluded members on the base of class, race, religion, or gender, and rejecting the idea that there needs to be a shared professional goal, the two women started the company to serve a personal need they had identified: a better place to drink.

The Seattle location, opened earlier this year in a historic mansion, is the latest edition of their concept of a bar without a bartender and a home away from home. “Starbucks revolutionized the third place,” says Provins, “but we want to take that to the next level.”

Membership to the club begins at $105 per month (with a $60 one-time startup fee) for two people, and that includes a beverage storage locker and access to the swank, stylish clubhouse and its bar—fully stocked save for the liquor, which members supply themselves.

This is a different kind of bar: one without bartenders.
Birch Road Cellars

Most importantly—unlike so many private clubs—the only qualification for membership is a desire to be a part of the community, which Provins jokes is made up of the drinking equivalent of foodies. (“Bevvies?” she suggests.)

Bosse’s mother, one of the first women accountants at Arthur Andersen, had passed on stories of having to enter the Union League Club through the side door, and even today Provins says they’ve had potential members double-check that women were allowed. The 80- to 90-person membership at the Seattle location is fairly gender-balanced, with a wide range of income levels and most members being between their twenties and sixties. The main thing that ties the club together is a shared interest in beverages—Seattle’s proximity to wine country drove their choice to open here.

The well-appointed bar space uses open shelving to make sure members can find whatever they need from the wide array of glassware for any type of drink and cocktail tools of all sorts. Mixers of every style—both standard and a few treasures made by other members, like smoked lime cordial bitters and peppermint tea simple syrup—live in a low fridge, while a freezer keeps the specialty ice cubes chilled. Citrus and other garnish needs live on the back shelf. It’s a high-end bar, just without the actual alcohol or anyone to pour it.

“It’s for when you want to go out,” Provins explains, “but released from the pressure of a bar.”

There’s nothing to buy, and the crowds are limited—the membership doesn’t have a specific cap other than the number of lockers available (the club is currently halfway to that capacity), but the founders monitor usage to keep it from ever feeling cramped.

A full slate of bar tools, craft mixers, and glassware is always available for use, but the drinks come from members.
Birch Road Cellars

Upstairs, two additional rooms—a small dining room and a large event space—give members options for hosting dinner parties or game nights, and the club itself has regular events—guest chefs, classes on drinks, and wine clubs where everyone brings a bottle for the group to taste. During the day, some members use the space to do work—it opens at eight in the morning, and there’s Wi-Fi, snacks, and plenty of space.

And that space can be a significant draw. In Chicago, where the club’s first two locations are (opened in 2014 and 2017), and increasingly in Seattle, real estate is at a premium, and the club offers a social space for people whose homes might not have it.

Instead of having to buy drinks, members bring their own or store them in the club’s state-of-the-art wine facility.
Birch Road Cellars

Though the space offers plenty of uses besides just drinking, the focus provides a connection point for members that doesn’t involve the shared professional goals or networking pressures of other clubs—and there’s even a no-solicitation rule at the club to make sure everyone can just relax and hang out. This, Provins notes, has made for plenty of fascinating friendships across generations and professions—like a hedge fund CEO and a firefighter in Chicago.

And because no one is buying or selling the alcohol, the focus is on interesting or special bottles, rather than how much someone can spend on one.

“Every city has that question,” Provins says about what we ask when we meet new people. In Seoul, were she lived for a time, it was, “How old are you?” In New York it was, “What do you do for a living?’” But with the club, she says, they have created a community where the first question changes to, “What are you drinking?”