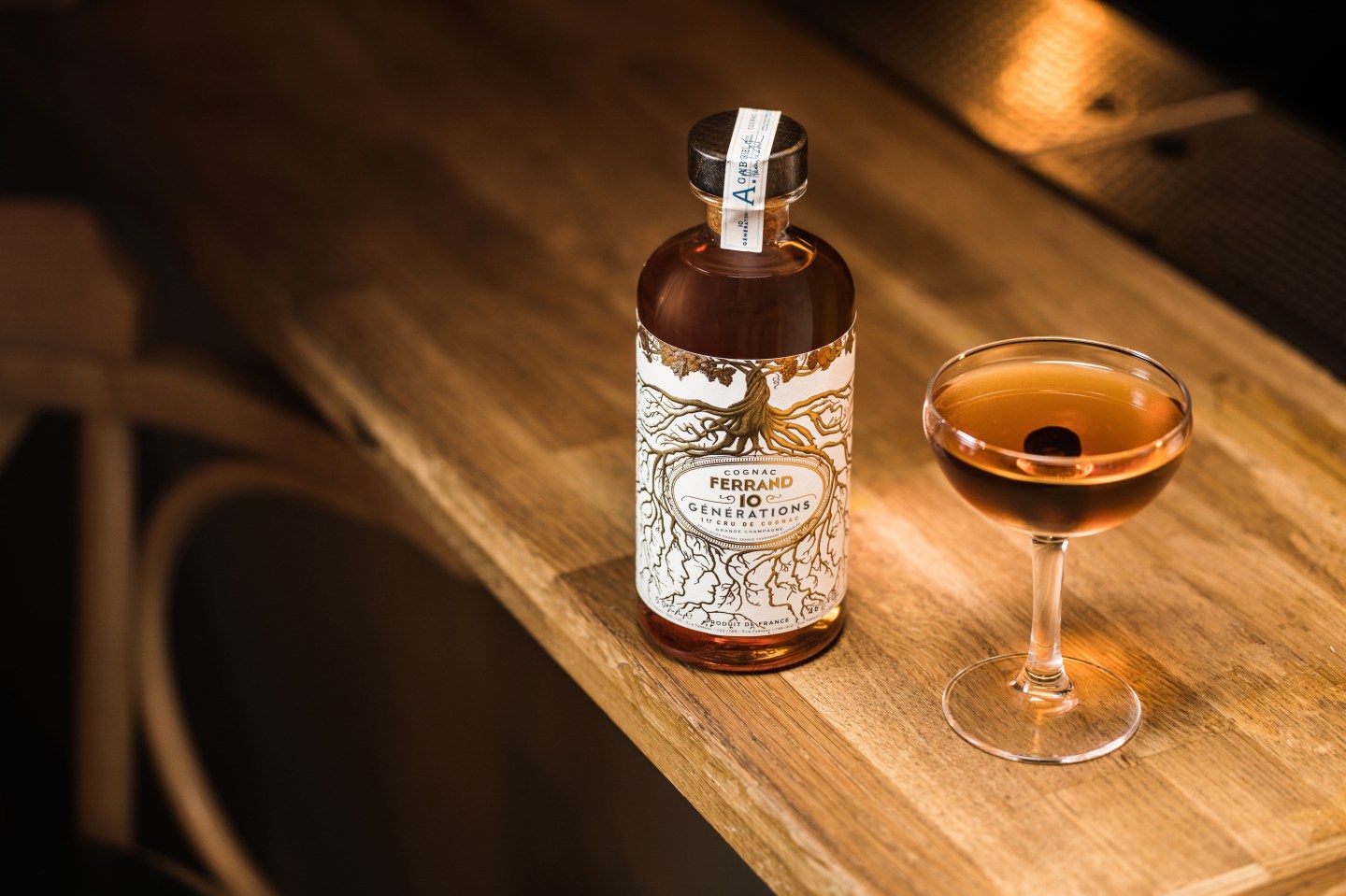 A tribute to the 10 generations of the Ferrand family who have built up their eponymous Cognac house since 1630.
Pierre Ferrand

The holiday season presents most of us with a minefield of gifting protocol. Saying “thanks” to a gracious hostess, presenting a loved one with token of affection, letting a colleague know know you appreciate her time and efforts—every scenario requires a touch of nuance and personalization that can be difficult to execute when you’re doing it for everyone you know, family/friend/colleague alike, all in the same month.

For the spirits-lover in your life, however, the gift that keeps on giving—at least for awhile—doesn’t have to be elusive. We’re witnessing a golden age of spirits innovation as artisanal mezcal jockey for shelf space with unique cask-finished whiskies and novel iterations of cognac. It’s not all that difficult to surprise those on your gift list with something both familiar and unexpected if you simply know where and how to look.

The key to gifting great spirits: define your giftee’s comfort zone and then push that person just to the edge of it with something new and different, but not altogether outside of his or her wheelhouse. A good gift spirit should be interesting, but not completely foreign. Below: a list of new and intriguing bottles that can help you walk that line.

The world is awash good gin (as well as a lot of mediocre gin), so much so that it’s often difficult to care when something new hits the market or to differentiate between the myriad options on the retail shelf. With a top note of yuzu alongside five other unique Japanese botanicals (including Sakura flower, sencha tea, and Sansho pepper) Roku easily differentiates itself from more traditional gins. You should care because Japan’s legendary house of Suntory has been crafting beautiful spirits—including some of Japan’s most sought-after whiskies—since the late 19th century. Smooth-sipping with very well-balanced botanicals, it’s a gin that drinks equally well all by itself or in a cocktail, presented in a bottle that elevates the aesthetics of any bar cart. SRP: $28.

Mezcal UNIÓN is an artisanal handcrafted spirit produced by the union of Zapotec Mezcal producer families from the Sierra of Oaxaca, Mexico.
Mezcal Union

The not-so-secret ingredient in Mezcal Unión’s El Viejo is a touch of Tobalá, an agave much revered in the world of artisanal mezcal for the lighter, sweeter flavors it imparts. But the relative scarcity of wild-growing Tobalá and the many difficulties in cultivating it—a single Tobalá can take between 10 and 14 years to mature—mean that it finds its way into the bottle far less frequently (and more expensively) than more common agaves like Espadín. A blend of smoky, vegetal Espadín with fruity and floral Tobalá, Unión El Viejo offers mezcal drinkers easy-drinking entré to a far more complex flavor profile without breaking the bank. As of right now it’s available in select U.S. cities but also online. SRP: $55.

Named for the 10 generations of farmers and cognac makers that long occupied Maison Ferrand in the French village of Chez Barraud, Ferrand 10 Generations honors not only a long familial legacy but some of the best grape-growing terroir in all of the Cognac region. Distilled slowly in pot stills and aged in French Oak—including 20% French Sauternes barrels—10 Generations pulls out all the fruity aromatics of those Ugni Blanc grapes alongside mellow oakiness and honey over baked apples, the latter imparted the Sauternes casks. Weighing dollars against overall quality, this cognac is woefully underpriced. Let the spirits-lover in your life think you spent much more on it. SRP: $60.

El Tesoro has released its first extra añejo tequila long before extra añejo—a tequila aged beyond three years—was an official classification. And the first batch of this new addition to El Tesoro’s permanent lineup was laid down to age by Master Distiller Carlos Camarena’s late father Don Felipe, so you can be confident this liquid is a labor of love. Rested in American ex-bourbon barrels for between four and five years, El Tesoro Extra Añejo retains the brand’s agave-forward character while embracing oaky notes of caramel, baking spices, and vanilla. It’s the kind of tequila best served neat alongside good conversation. SRP: $100.

Cognac houses pride themselves on tradition and consistency, so it’s not often that a major producer adds a new expression to its core product line. Developed from eaux-de-vies specially selected by Cellar Master Baptiste Loiseau for their particularly expressive fruit aromas, Tercet marks the first core line extension for Rémy Martin in nearly a decade. Those fruit aromas—dried apricots but also punchier notes of citrus—come through in the finished product, backstopped by French oak and that round, warming baking spice and nuttiness that make cognac so singular a spirit. SRP: $110.

When master blenders finish a whisky in a specific type of barrel—one that used to hold Pedro Ximenez sherry or rum, for instance—they’re usually looking to add or augment some very specific flavor notes. You know that freshly baked bread flavor that really shines in a glass of good champagne? When Glenfiddich Malt Master Brian Kinsman decided to finish a 23-year-old whisky for half a year in French cuvée wine casks, that’s one of several delightful notes he managed to layer into this spry and elegant whisky. Vanilla, pear, white grapes, brioche—this is celebration Scotch through and through. Sláinte and santé to you and yours. SRP: $300.

As blended Scotch whiskies go, a bottle of Johnnie Blue always makes for a special gift. The component whiskies in each Johnnie Walker Blue Label Ghost and Rare edition make each bottle more unique still. Tapping some of the rarest whiskies in Johnnie Walker’s reserves, each bottling draws upon not only scarce malt and grain whiskies but also so-called “ghost whiskies” from distilleries long ago shuttered. The latest Glenury Royal edition contains old and irreplaceable ghost whiskies from Glenury Royal as well as Cambus and Pittyvaich. Light notes of wood and vanilla on the nose give way to more decadent flavors indicative of well-aged-Scotch whiskies on the palate: butterscotch, nuttiness, dried fruits, and tarte tatin. SRP: $350.