The ‘Princess’ and the Prisoner: How China’s Huawei Lost Public Support at Home 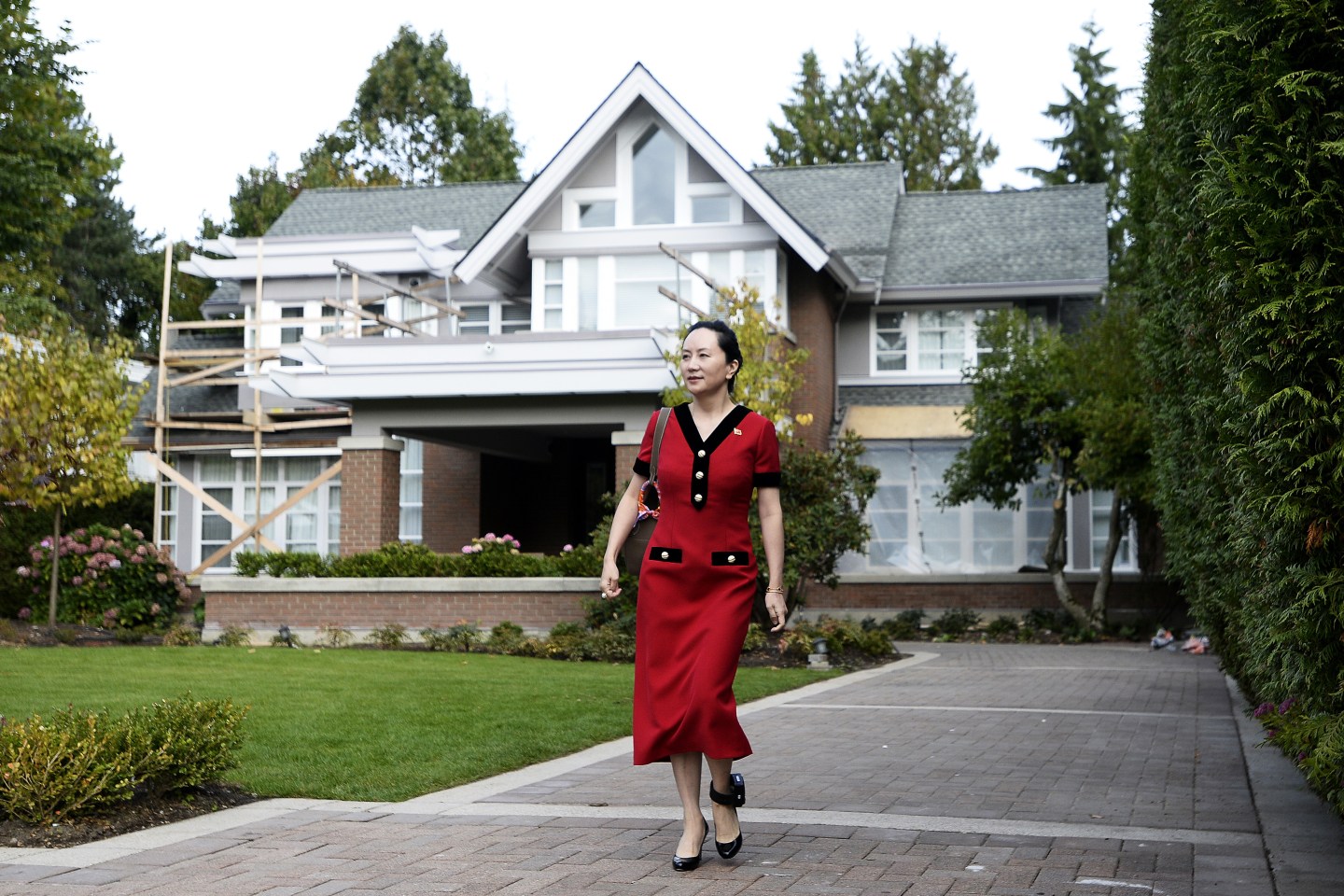 Last Sunday, Dec. 1, Huawei Technologies chief financial officer Meng Wanzhou penned an open letter to mark the anniversary of her arrest in Canada. Publishing the letter on Huawei’s corporate website, Meng thanked supporters for their “passion and support” during her time of “hardship” awaiting trial in Vancouver, where she is being held on an extradition request from the U.S.

To observers in Canada, where Meng is under partial house arrest at the larger of her two Vancouver mansions, the letter was tone deaf. Michael Kovrig and Michael Spavor, the two Canadians Beijing arrested shortly after Meng was detained last year, remain imprisoned in China. Accused of spying, Kovrig and Spavor have been denied access to their lawyers and it’s unclear when they will be released or stand trial.

At home in China, however, Meng’s lament was even more controversial, causing an uproar among netizens, where the Huawei CFO’s plight paled in comparison to the suffering of Li Hongyuan—a former Huawei employee who spent eight months in prison after the tech giant accused him of extortion.

On the web in China, Meng is referred to as ‘Princess’ because her father, Ren Zhengfei, founded Huawei.

“With winter approaching, I can see the dense forests begin to slowly turn the hills around me to a deep crimson,” Meng wrote from the confines of her $10 million mansion, which the Huawei CFO was moved to in May after her lawyers argued the smaller six-bedroom mansion didn’t afford Meng enough privacy.

“The past year has witnessed moments of fear, pain, disappointment, helplessness, torment, and struggle,” she wrote. “For the past year, my heart has been warmed by your support and encouragement.”

The letter, entitled Your Warmth is a Beacon That Lights My Way Forward, was intended to resonate with Huawei’s fans at home. However, days before it was released, reports emerged of a veteran Huawei employee, Li Hongyuan, who had just spent eight months in prison following a dispute with the Shenzhen-based tech giant.

According to Chinese media reports Li, a graduate from one of Beijing’s prestigious universities, had spent 12 years working in various departments across Huawei. But in January last year, Li was pressured to leave the company after he reported that his department manager was inflating sales figures.

Before resigning, Li managed to negotiate a severance payment of $48,000, which was wired to him in March 2018 from a secretary’s personal bank account. Nine months later, Li was arrested.

According to a legal filing shared online, Huawei claimed that Li had demanded hush money from his manager, threatening to report the manager’s exaggerated performance data to Huawei’s upper management if he wasn’t paid.

Police reportedly removed Li from his house in the middle of the night on December 16, 2018, and detained him under suspicion of embezzlement. Shortly later, the police changed tack and accused him of blackmail and extortion, pointing to the $48,000 settlement payment as evidence.

However, in August this year, Li was released without charge after his wife found a two-hour long audio recording of Li’s severance negotiation with Huawei’s human resources department. On November 20, the courts awarded Li $15,000 in compensation. Li had spent 251 days in detention.

Li’s arrest at the charge of his former employer seemed especially harsh to Chinese observers because Huawei is notorious for its extreme work ethic, otherwise known as “wolf culture.” The company has attempted to spin the gruelling expectations it places on its employees into a point of corporate pride.

In Meng’s open letter, the CFO comments how “you can find busy and dedicated Huawei employees everywhere around the world, from the Pacific to the Atlantic, from north of the Arctic Circle to the most southern tip of South America.”

In March this year, however, China’s 996 work culture was delivered a stern rebuke by an online protest that named and shamed tech companies—including Huawei—for over-working their employees.

Even Meng herself sounds overworked, writing that she always felt she was being “stretched thin” while in Shenzhen. Now, during her hardship in Vancouver, she’s found time to take up oil painting and even “read a book from cover to cover.” The contrast between Meng’s forced vacation and Li’s unlawful detention was too stark for China’s online commentators to miss.

In the comment section below the post of Meng’s open letter on China’s Twitter-like social media platform Weibo, users left cryptic references to Li Hongyuan’s case, posting numbers like 251 (the number of days Li spent in detention), 985 (a reference to a university program through which Li was hired), and 996 (which refers to China’s grueling work culture of 9 a.m. to 9 p.m. six days a week).

Chinese web users often use numbers to refer to sensitive topics because numbers are harder to censor, but online discussion of Li Hongyuan’s case has been censored anyway. Some negative comments regarding Meng and her letter have reportedly been removed. Local news site Jiemian published and then deleted an interview with Li Hongyuan. Now netizens post 404 under posts about Meng, too—referring to the page not found error code browsers give when something is censored.

As controversy over the Li Hongyuan case grew, Huawei released a statement on Monday justifying its decision to report Li to the police:

“Huawei has the right, and in fact a duty, to report the facts of any suspected illegal conduct to authorities. If Li Hongyuan believes that he has suffered damages or that his rights have been infringed, we support his right to seek satisfaction through legal means, up to and including a lawsuit against Huawei. This is in keeping with the principle of equality before the law.”

The statement did little to soothe public sentiment. One popular post likened Huawei to an elephant attempting to squash an ant, then telling the ant to try to squash it if it wants to retaliate. Even Hu Xijin, the outspoken editor of nationalist paper Global Times, criticized “flaws in Huawei’s management.”

Meanwhile, You Yunting, a Shanghai-based lawyer, said that Huawei should never have pursued criminal action against Li as the issue was clearly a labor dispute. A month before Li’s arrest, the former Huawei staffer reportedly sued the tech giant, seeking to obtain an end-of-year bonus that had allegedly been withheld from him. Huawei then accused Li of extortion.

However, Huawei denies that its issue with Li was a labor dispute and on Thursday doubled down on its position, releasing a second statement thanking the public for its interest but adding that it has “no further comment at this point.”