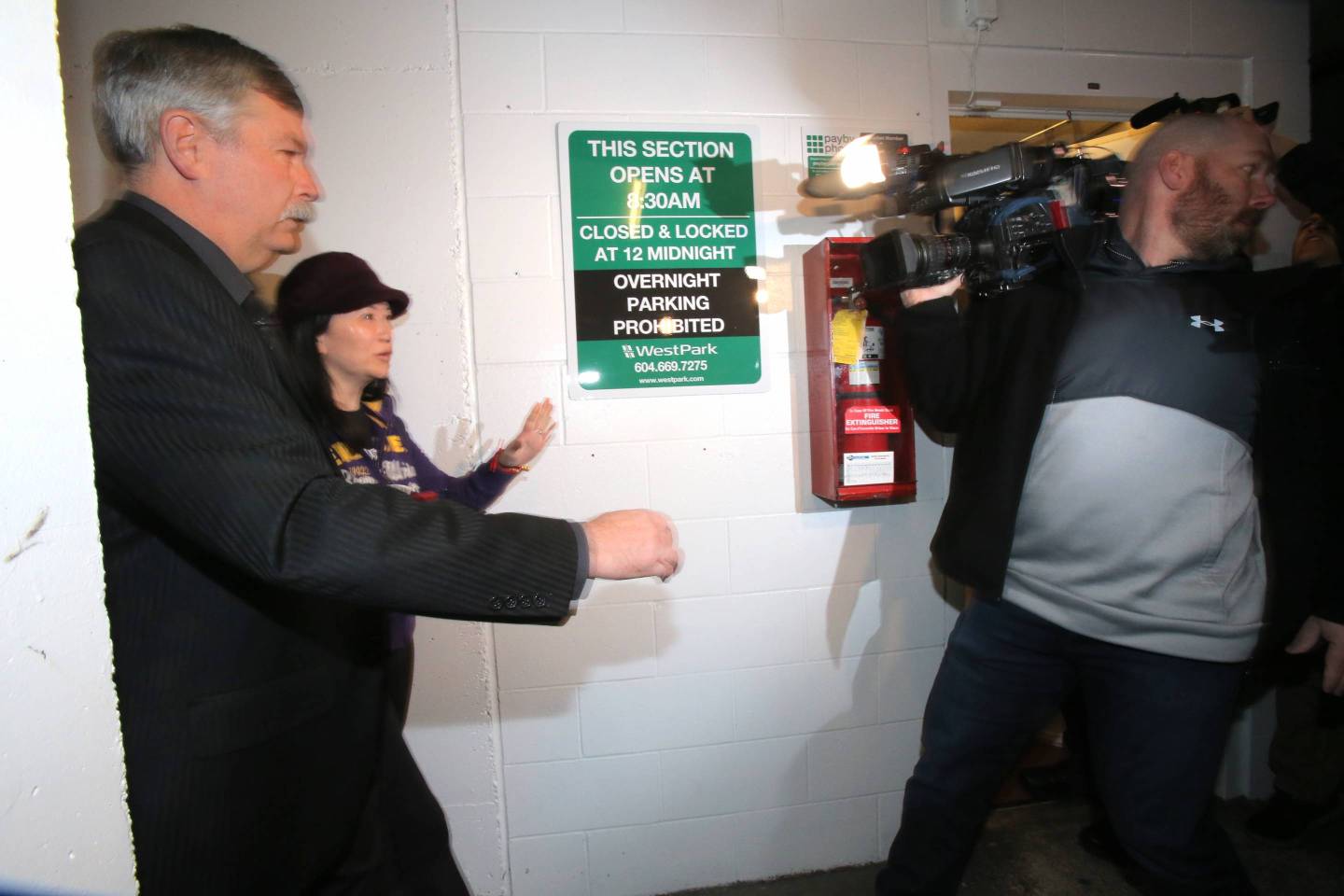 Huawei Technologies Co. Chief Financial Officer Meng Wanzhou began her legal battle Wednesday against extradition to the U.S. to face fraud charges, aided by a phalanx of lawyers gearing up for a full-blown legal offensive.

The Supreme Court of British Columbia in Vancouver set a date of May 8 for her first extradition hearing — the start of a politically explosive proceeding that could take years and has entwined the fate of two Canadians detained in China. Meng, who appeared in court briefly Wednesday, has been under house arrest at her Vancouver mansion since she was arrested Dec. 1.

China has accused Canada of abetting “a political persecution” against its biggest technology company and has demanded the release of Meng, daughter of billionaire Huawei founder Ren Zhengfei. History shows that if Canada follows the letter of its law, Meng will likely be extradited. Meanwhile, U.S. President Donald Trump has muddied the legal waters with conflicting statements on whether he might try to intervene in what’s supposed to be an independent law enforcement operation in order to boost a China trade deal.

In an escalation of the dispute, the Chinese technology giant intends to file a lawsuit this week claiming the U.S. government is overstepping by banning Huawei equipment from certain networks. That complaint would come just days after Meng sued Canada’s government and border service for allegedly trampling her constitutional rights in an effort to discredit the extradition case against her.

U.S. prosecutors in New York accuse Meng of fraud, alleging she lied to banks including HSBC Holdings Plc to trick them into processing transactions for Huawei that potentially violated Iran trade sanctions. She faces multiple criminal charges, each of which carries a maximum sentence of 30 years imprisonment, according to court documents.

Since her December release on C$10 million ($7.5 million) bail, she’s been living with her husband and youngest daughter in one of the family’s two luxury homes in Vancouver, a city where they’d often spent their summer holidays.

At least five law firms in Vancouver, Toronto and New York are working on her defense. Her bail hearings in December had drawn crowds: supporters calling for her release, Huawei and Chinese consular officials, and a group of lawyers and aides who’d occupied two rows of seats in the public gallery.

Her legal team moved onto the offensive on Friday, filing a lawsuit against the Canadian government, the border services agency and a police officer. In it, she claims officers failed to immediately arrest her at the Vancouver airport and instead detained her under the guise of a routine customs check to “unlawfully compel her to provide evidence and information.”

Chinese Arrests Are All Too Familiar for Past Canadian Detainees

While Meng awaits her hearing, two Canadians who were detained in China nine days after Meng’s arrest remain in captivity. Michael Spavor and Michael Kovrig will soon mark three months in secret jails, where they’ve had a total of seven consular visits combined and have yet to see a lawyer. After Canada last Friday formally moved Meng’s case toward extradition proceedings, China responded swiftly, accusing Kovrig on Monday of spying and alleging that Spavor supplied him with intelligence.

In China, Kovrig, a Canadian diplomat on leave from the foreign service, was working for a Brussels-based non-profit research group, while Spavor was a North Korea travel guide based in the Chinese border town of Dandong. They were whisked away by China’s state security to extrajudicial detention centers known as “black jails.”

Kovrig and Spavor are being held in isolation, questioned multiple times a day in cells where the lights can’t be turned off, according to a person familiar with the situation. Kovrig has also been questioned on his activities as a diplomat. Canadian officials believe that’s a violation of the Vienna Convention — to which China is a signatory — conferring ongoing immunity for that period in his life.

China’s Central Political and Legal Affairs Commission announced Monday that Kovrig had “severely” violated Chinese law by spying and stealing state secrets while working for the International Crisis Group and said that Spavor was his primary contact. Also in January, a third Canadian, Robert Schellenberg, saw his sentence in a drug case increased to the death penalty rather than a prison term in a one-day trial at a Chinese court.