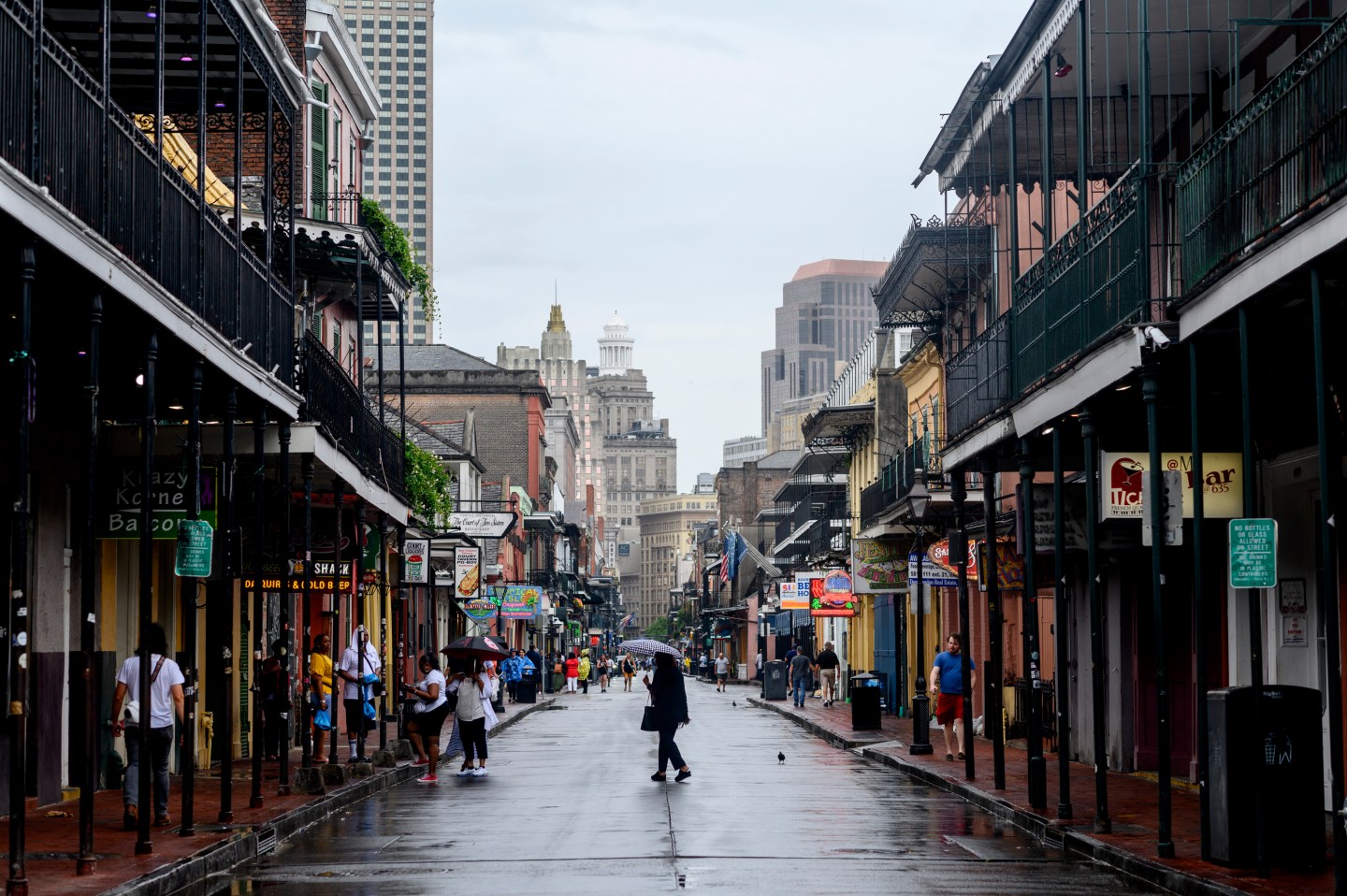 Emily Kask for The Washington Post via Getty Images

From Bourbon Street bachelorette parties to Mardi Gras rituals, tourism drives the economy of New Orleans—to the tune of a record-breaking $9 billion last year. A majority of the city’s jobs are tied up in the service and hospitality sectors, making New Orleans almost wholly dependent on the people who come to party, listen to music, and take ghost tours.

But come Dec. 1, new rules on short-term rentals may change New Orleans’s fortunes. Alongside efforts in Jersey City, Los Angeles, and Toronto, and across Europe, New Orleans is buttoning up who can rent to tourists, and how—and it’s sending some who sank their savings into the short-term rental market into a state of anxiety.

They’re ready to fight. Comments have flooded into City Hall from residents demanding the municipal government respect their property rights and their contributions to local employment and neighborhood businesses. A lawsuit seeking to overturn the rules, meanwhile, alleges the new rules would favor hotel and motel operators.

In one of the poorest metro regions in the U.S. where workers currently earn 14% below the national average, people in New Orleans first became short-term rental hosts because they needed to supplement their income. Now, in a catch-22 that short-term rental platforms have created, they need money because of short-term rentals.

“Property values are out of control,” said Kristin Gisleson Palmer, an architect of the new short-term rental rules and a city councillor representing some of the most tourist-saturated parts of New Orleans. Recent reassessments have seen home values, and therefore property taxes, double and triple in some areas.

Palmer explained that homeowners will be increasingly “forced to Airbnb” in order to offset their big tax bills and higher homebuying prices. “You can make more money to cover your expenses by STRing [than renting to long-term tenants],” she said.

The city’s new rules contain a few contentious items, with the homestead exemption at the top of the list. The rule requires that hosts live full-time on the properties they rent out on platforms like Airbnb, Vrbo, and HomeAway, outlawing investors from scooping up property that would do well as a rental. This is New Orleans’s attempt to protect availability and affordability in its rental housing market, especially for the communities that have called New Orleans home for generations.

“We can show pretty clearly that in certain parts of the city, short-term rentals are certainly having an effect of dislocating people from those communities,” said Christopher Oliver, a professor researching gentrification at Tulane University. For instance, Tremé—once an inexpensive, vibrant, predominantly black neighborhood kitty-corner to the French Quarter—has lost upwards of 20% of its black population since short-term rental platforms came to town, according to Palmer.

Some New Orleanians are trying to hold on for dear life and are turning to platforms like Airbnb to stay in their homes—and even improve their quality of life.

When Jim Wiegand and Stephen Graffeo bought their single shotgun home in the Bywater 15 years ago, it was a typical New Orleans neighborhood—rows of brightly painted homes, a local bar, a café on the corner. Every Thursday night, trumpeter Kermit Ruffins would serve up his special red beans and rice between sets at Vaughan’s Lounge.

Then Hurricane Katrina hit in 2005, sending 80% of the city underwater. But not the Bywater. It escaped with only wind damage because of its position on the edge of the Mississippi River, a natural levee on higher ground. So people started moving in.

Those who can afford these rising tax bills are turning the short-term rental impact into a positive. Wiegand and Graffeo are hoping it helps them afford retirement. “We’re in a place now where, unlike our parents, we don’t get pensions,” said Wiegand, 55, a lifelong New Orleanian.

The couple has poured tens of thousands of dollars into renovating the house as they prepare for retirement, creating a small two-bedroom apartment in the front and their living quarters at the back.

“So when I am ready to retire, I can [rent] out my rooms in the front and have a little bit of income, and I’m not going to have to worry about the huge expense of maintaining all this,” he said.

Neighbor Carmen Mills bought a double Craftsman house in 2011. She lives on one side and rents the other on Airbnb, which she said nets her between $800 and $2,000 more per month than if she’d rented it out to a long-term tenant.

“Airbnb definitely helps me to afford my home. My husband and I divorced five years ago, and I certainly would have had to sell the house if I hadn’t had the Airbnb income,” she said. “The property tax situation is outrageous here. My taxes doubled in one year!” Now Mills has plans to double down on Airbnb by building two tiny houses in her backyard.

This is music to Airbnb’s ears. In a statement to Fortune, spokesperson Laura Rillos noted that home sharing “is one of the few tools available to any family that would like to stay in the community they love and turn their greatest expense—their housing—into an economic opportunity.”

For now, New Orleans’s new short-term rental rules primarily target people and companies with multiple tourist rental properties while protecting people like Wiegand and Mills, who live full-time on the properties they rent out.

Like most places that have enacted tighter measures on vacation home rentals, New Orleans has found its key to success lies in rigorous enforcement by both the city and the platform. That’s not always easy to achieve; in the Spanish city of Palma de Mallorca, a 2018 ban on Airbnb-style rentals hasn’t stopped people from renting out their properties.

But companies like Airbnb, Vrbo, and HomeAway have contributed to making it more unaffordable for the people who want to live there. In addition to rising property tax bills and home prices, researchers at Tulane University studying gentrification say the growth of short-term rentals in urban cores is pushing lower-income long-term rental residents farther and farther out of city centers. Now some people can’t stay without short-term rental income, making it just that much tougher to get ahead in the Big Easy.