Lawmakers Are Wielding a New Weapon Against Business: The Threat of Delisting 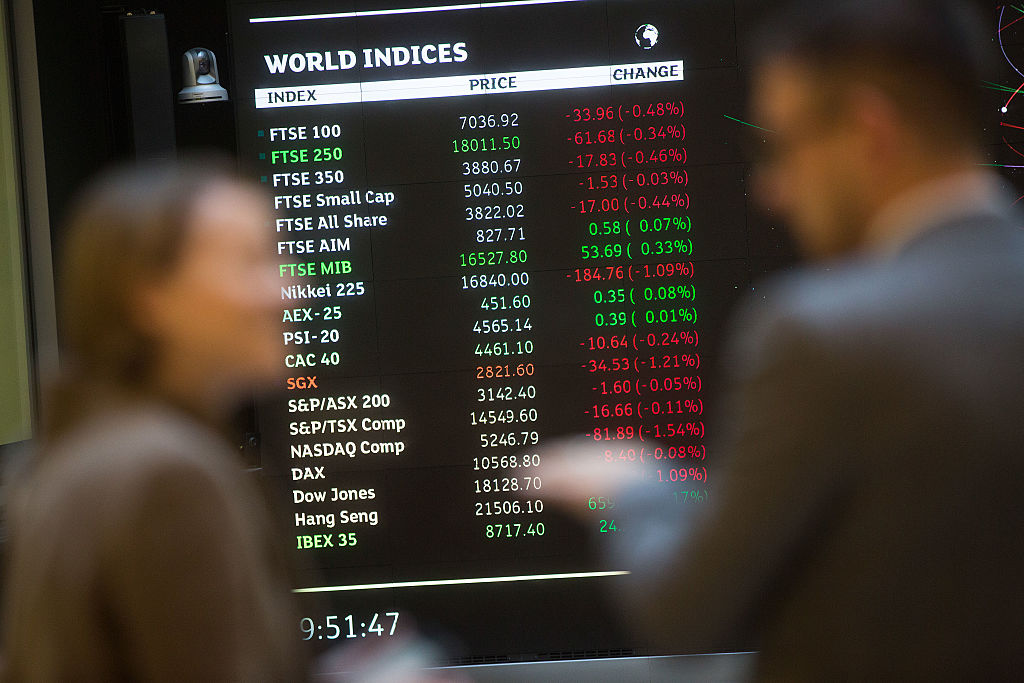 A screen displays share price information inside London Stock Exchange offices in London, U.K., on Wednesday, Oct. 12, 2016. Concerns that the government's approach to Brexit will preclude single-market access to the European Union spurred fresh declines in sterling this month, helping propel the FTSE 100 to an intraday high of 7,129.83. Photographer: Simon Dawson/Bloomberg via Getty Images
Simon Dawson/Bloomberg via Getty Images

What do Chinese companies and old-school oil firms have in common? Both could find themselves kicked off major stock exchanges, if senior politicians get their way.

In the U.S., outrage continues to swirl about reports that the White House is considering booting Chinese firms off American stock exchanges. And now, in the U.K., fossil fuel firms—and others—could potentially find themselves delisted if they don’t pull their weight on the climate front.

On Thursday, the U.K.’s opposition Labour Party published its manifesto, or set of policies, for next month’s general election, with one promise being the delisting from the London Stock Exchange of “any company that fails to contribute to tackling the climate and environmental emergency.”

The pledge is one of many environmentalist measures set out in the manifesto, which also promises the creation of “one million jobs in the U.K. to transform our industry, energy, transport, agriculture and our buildings, while restoring nature,” and higher taxes on oil companies in order to help meet climate costs.

Labour is a long shot to outright win the December 12 election, currently trailing the ruling Conservatives by around a dozen percentage points. But if the political party did gain power, it could follow through with the delisting threat, which it first said it was considering back in May.

The party’s would-be chancellor or chief financial official, John McDonnell, said this week that Labour would amend the Corporate Governance Code to make “evidence of necessary action being taken to tackle climate change” a criterion for listing. The U.K.’s Financial Conduct Authority, whose remit will also have to be amended by legislation, would then have to enforce the rule.

As for what “evidence of necessary action” would entail? That part remains fuzzy. “It will be for, basically, those companies themselves to bring forward their proposals and plans–exactly what sort of proposals they’ll be, how effective they’ll be,” McDonnell told the PA press agency. “And then during the listing process, they’ll be assessed about how successful they are either performing or how successful their plans will be.”

On the other side of the Atlantic, the specter of mass delistings was raised a couple months back when the Trump administration was reported to be considering new disclosure rules that would effectively force Chinese companies to flee American stock exchanges. The deliberations were originally reported by Bloomberg then confirmed by a bevy of other outlets, all of whom cited unnamed sources close to the matter.

“One critical quality of our capital markets is that we provide non-discriminatory and fair access to all eligible companies,” Nasdaq said in response to the reports at the time, which hit the stocks of Alibaba and Baidu by 5% and 4%, respectively. “The statutory obligation of all U.S. equity exchanges to do so creates a vibrant market that provides diverse investment opportunities for U.S. investors.”

The New York Times reported that President Trump’s trade advisor, Peter Navarro, was keen on the move, while Treasury Secretary Steven Mnuchin was pushing back. After much consternation, the Treasury said it was not contemplating following through with the move “at this time.”

In the U.S. case, the aim appeared geopolitical—coming in the context of the U.S.-China trade war—rather than environmental. The mechanism for forcing the delisting of the around 150 Chinese companies that trade shares in the U.S. was unclear, and it has still not become an official proposal. But the idea is clearly still proving worrisome to many.

On Thursday, former Treasury Secretary Hank Paulson told a Bloomberg conference in Beijing that delisting Chinese firms in the U.S. was a “terrible idea.”

“It is simply contrary to the foundations of successful capitalism for politicians and bureaucrats to instruct private American players how to deploy private capital for private ends,” Paulson said.

It is unlikely that the U.K.’s increasingly left-wing Labour Party would be terribly bothered by accusations of undermining capitalism. But, if it did manage to gain power, that wouldn’t be the first time large oil and gas companies hit a speed bump on the London Stock Exchange this year.

In July, the exchange’s index provider, FTSE Russell, reclassified oil and gas firms such as BP and Royal Dutch Shell, together with coal companies, in a new category for “non-renewable” energy firms.

The idea was to give renewable energy companies, such as wind turbine makers, a boost by providing “greater visibility” for them. However, the industry body Oil and Gas UK pointed out that many of the fossil majors were these days also getting into the low-carbon energy business, and within a few months the “non-renewable” category was renamed “Oil, Gas and Coal.”

It is likely that, should Labour form the next British government, those companies would insist that they are pulling their weight in the fight against climate change. However, with the definition of “necessary action” remaining nebulous, it is difficult to say at this point how such arguments would fare.

“Amending the requirements for listed companies to include specific climate commitments would result in a fundamental change in the role of the FCA–it would become an environmental regulator/enforcer, which it is not currently set up to do,” said Mike Flockhart, a corporate partner at law firm Herbert Smith Freehills. “It may also make the U.K. a less attractive destination for investors.”

A BP spokesperson declined to comment on Labour’s pledge, or indeed any manifesto promises as they come out during the run-up to next month’s election. Shell also refused to provide comment.

—China has always trailed the U.S. in chipmaking. In the trade war era, will it catch up?
—Senate passed 2 bills supporting Hong Kong protesters that might do more harm than good
—The trade war cost U.S. farmers their China market. A deal might not bring it back
—Why Mercedes’s self-driving trucks are set to overtake its robotaxis
Catch up with Data Sheet, Fortune’s daily digest on the business of tech.