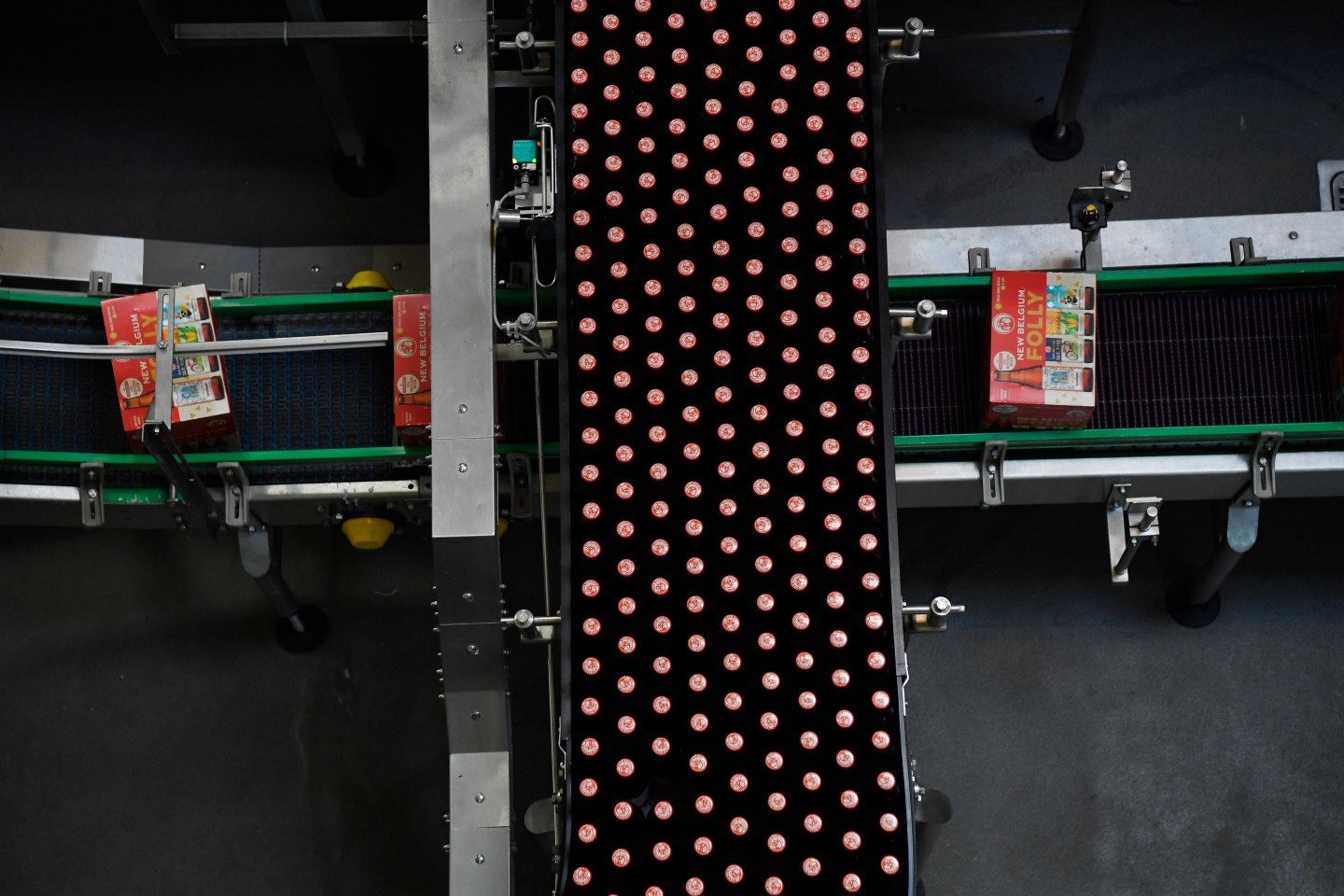 New Belgium Brewing, one of the world’s largest independent breweries, agreed to be acquired by a unit of Japan’s Kirin Holdings Co., the latest craft beer maker to be snapped up in an increasingly competitive market.

New Belgium, known for its Fat Tire Amber Ale, is the fourth-largest independent beermaker in the U.S. and the 11th largest brewer overall, according to 2018 data from the Brewers Association. The brewery is owned by its more than 700 employees and has distribution in all 50 U.S. states.

The brewery is among the most iconic in the country, and was one the firms at the forefront of the scene as craft beer went from basement hobby to serious business. A team of then-husband-and-wife Jeff Lebesch and Kim Jordan founded the brewery in 1991, seeking to expose American consumers to the varied tastes of Belgian beers experienced during a bike trip through the country.

But while there were only around 300 breweries in the U.S. at that time, the number of beermakers has surged in the past three decades, with almost 7,500 operating in the U.S. as of 2018. The now-mature customer base has rapidly changing tastes and a penchant for new fads.

That has left some industry veterans flat-footed and in need of deep-pocketed partners in the crowded market — as evidenced by Anheuser-Busch InBev’s deal to buy out Portland-based Craft Brew Alliance last week, or Samuel Adams maker Boston Beer Co.’s purchase of Dogfish Head earlier this year, in a deal valued at around $300 million.

While New Belgium’s logo declares itself “independent, employee owned” and its website until recently carried a message that it has “never sold out to a bigger company,” the brewery had previously been exploring a sale.

Kirin declined to disclose the value of the deal, but an acquisition of this scale would be significant. Reuters reported in 2015 that New Belgium was exploring a sale at a valuation of more than $1 billion, the same price Constellation Brands Inc. paid for San Diego-based Ballast Point Brewing & Spirits that same year. Forbes reported Lion would spend $350 million-$400 million on the deal, citing people it didn’t identify.

“As we surveyed the landscape over the last several years, we found that options to raise capital while being an independent brewer weren’t realistic for us,” co-founder Jordan wrote in a letter posted on New Belgium’s website. “Some of the most widely used options by craft brewers were going to compromise a lot about what makes New Belgium great; environmental sustainability, and a rich internal culture.”

New Belgium, whose other brands include Voodoo Ranger IPA and La Folie Sour Brown Ale, has a “B-Corporation” certification, which is issued by a nonprofit organization to companies that meet high standards on social and environmental performance, accountability and transparency. Lion Little World Beverages said it is committed to protecting New Belgium’s identity and culture.

Japan’s brewing giants have become notably active buyers of overseas craft breweries as beer sales in their domestic market continue to slide. Kirin has been the most acquisitive, buying a 25% stake in Brooklyn Brewery in 2016, and acquiring London-based Fourpure Brewing Co. in 2018.

Kirin Chief Executive Officer Yoshinori Isozaki said in February that it has a 300 billion yen ($2.8 billion) budget for acquisitions over the next three years, and with large M&A opportunities largely “exhausted” that it was focusing on craft beer deals in America and Europe.