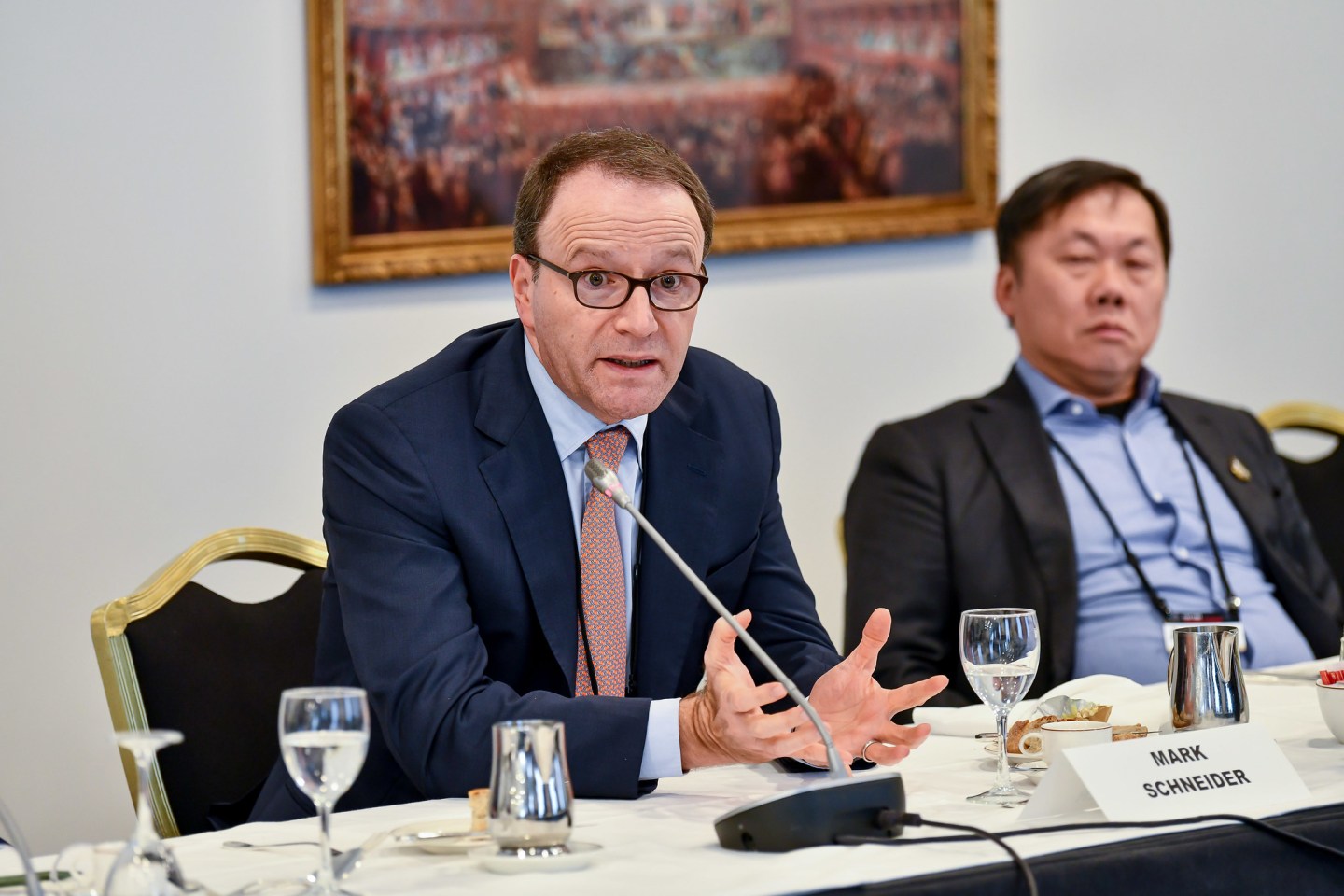 Mark Schneider, the CEO of Nestlé, made the case for moving quickly to reduce emissions at the Fortune Global Forum on Tuesday
Stuart Isett—Fortune

Major companies need to take the lead to drastically cut their emissions—even if they don’t always know exactly how they’re going to pull it off.

That was the message from a group of executives speaking at a roundtable lunch on climate change at Fortune‘s Global Forum in Paris on Tuesday, in an often frank conversation about the trade-offs required.

“We are part of the problem, and we are part of the solution,” said Pierre-André de Chalendar, Chairman and CEO of French construction giant Saint-Gobain. But “our employees, our shareholders, are pushing all companies to go in that direction,” of reducing emissions, he said, even in highly energy-intensive industries like construction.

“I think now people . . . want to see specific actions,” said Mark Schneider, the CEO of Switzerland-based Nestlé. Earlier this year, the company announced it had committed to going net-zero by 2050, and said they had two years to figure out a plan for exactly how to do it.

The push to do so is coming now from mainstream consumers, he said, “not just with the younger consumers, but with everyone.”

That requires companies, even those who have faced backlash over their businesses, to try to find a way to adapt.

Aloke Lohia, Founder and Group CEO of Indorama Ventures, the world’s largest producer of PET plastic, said that the company is devoting $1.5 billion to reducing emissions, but noted that the practical benefits of plastic mean that there should still be a place for it, with effective recycling schemes.

“PET is very affordable, very flexible, very useful, so no one wants to give it up,” he said.

But executives shouldn’t wait for governments to catch up with policies, said Christiana Figueres, founding partner of the Global Optimism and former executive secretary of the UN Climate Change Convention. For companies, addressing emissions could provide a valuable opportunity—and once the CEOs begin, “you will be able to de-carbonize much faster than you thought,” she said.

But if pleas to see the opportunities in transitioning to a low-carbon future—or at least stop procrastinating—don’t work, Figueres said the companies themselves must understand their own futures are in peril.

“It is only those companies that make that transition that will continue to have a license to operate,” she said. “And if you don’t believe me, ask anyone under 25 years old.”