Nestlé Says It Will Achieve ‘Net Zero’ Emissions. But What Does That Mean? 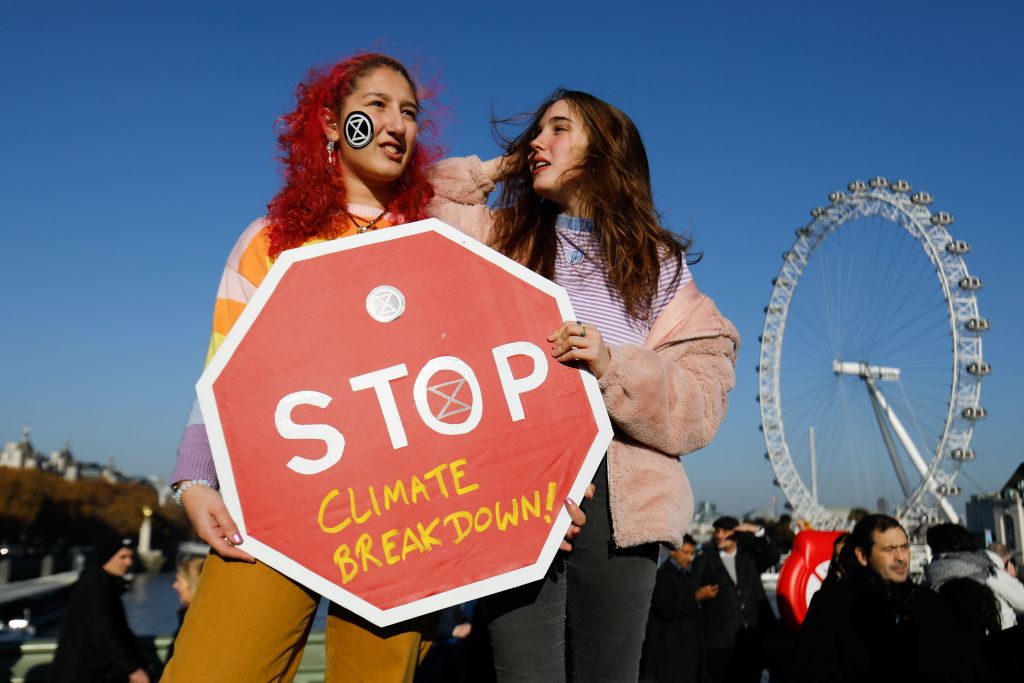 Demonstrators take part in a pro-environment protest as they block Westminster Bridge in central London on November 17, 2018, calling on the British government to take action on climate and ecological issues. - Organized by Extinction Rebellion, the protest is part of many taking place this weekend to call for action on what they describe as a climate and ecological emergency. Extinction Rebellion demands that the UK government reduces to net zero greenhouse gas emissions by 2025 and creates a citizens assembly to oversee changes in environmental policies. (Photo by Tolga AKMEN / AFP) (Photo credit should read TOLGA AKMEN/AFP/Getty Images)
TOLGA AKMEN—AFP/Getty Images

Nestlé—the world’s largest food supplier—said on Thursday that it would go “net zero” by 2050, aiming to effectively eliminate greenhouse gas emissions from its global supply chain, from dairy farms to chocolate factories to supermarket distribution.

Nestlé is the first in its cohort of consumer food and beverage firms to explicitly commit to the “net zero” goal, although most of its competitors have stated emissions reductions goals for 2030 or earlier. But there’s a catch: going “net zero” doesn’t mean a business totally stops emitting greenhouse gases. So what does it mean?

Cut what you can—and offset the rest

“It’s not as simple as it sounds,” says Jim Watson, director of the U.K. Energy Research Centre at University College London. “There will always be some emissions that are very, very difficult—or very expensive—to get rid of,” he says.

In June, the U.K. became the first G7 country to commit to the target of “net zero” emissions by 2050, and Watson is chair of the U.K.’s Expert Advisory Group on the target.

This is where the catch comes in: “net zero” accepts that the goal is to emit as little as possible, and then “offset” the rest, either through creating a “carbon sink” that can absorb emissions (a forest, for example), or through carbon-capture technologies (which experts warn are still not foolproof or even mainstream).

So what industries are especially difficult to decarbonize?

There are three that come up again and again: heavy industry and construction (by their very nature, carbon intensive), aviation (unlike other forms of transport, no one has yet figured out how to make a commercially viable, low-carbon plane), and—most relevant for Nestlé—agriculture.

“There are significant carbon emissions, particularly from things like dairy and meat production,” says Myles McCarthy, director of implementation at the Carbon Trust, a London-based consultancy that helps businesses lower their carbon footprint.

But once you’ve accepted some sectors are unlikely to ever be carbon free—and before you’ve figured out how to offset those emissions—you (a CEO, or a head of state) face a potentially philosophical question: what are the boundaries of a company, or a country?

The most ambitious, and difficult, route to go down is to extend that boundary as wide as possible: a “cradle to grave” approach that tracks every element of a product’s life, whether that’s an electric car or a chocolate bar.

But companies and countries are so inter-connected and inter-dependent that this approach is still rare: among other reasons, it’s hard to figure out where emissions start, and where they stop. A country might measure its domestic emissions, but not include the emissions from products it exports or those produced by its companies in other countries. Or a company might track the emissions from its factories, but not the emissions from the farms that provide the raw materials (though Nestlé says it will).

Nestlé has said they’ll take two years to lay out the detailed plan for how to achieve the goal. That means they’ve got to figure out how to actually reach net-zero—a feat of planning and engineering, among other things—and what it will cost.

If the U.K.’s plan is any example, both the logistics and the bill are a question of theory versus practice.

“Technically we can see how [net zero] can be done; the costs at least at a macro level seem to be reasonable,” in the U.K., says Watson. The expected bill is up to 1-2% of GDP per year, though the question of who in society should bear that cost is another issue, he says.

“But the really key question is how it’s going to be implemented,” he says.

In other words: committing is the easiest part.

—China is the world’s biggest coal user. Can it break the habit?
—How the energy industry is using data to decarbonize itself
—Why solar execs say the game is already over for non-renewable energy
—BP’s CEO says he’ll sell oil projects to meet Paris climate accord goals
—Listen to our audio briefing, Fortune 500 Daily
Subscribe to The Loop, a weekly look at the revolutions in energy, tech, and sustainability