China Is the World’s Biggest Coal User. Can It Break the Habit? 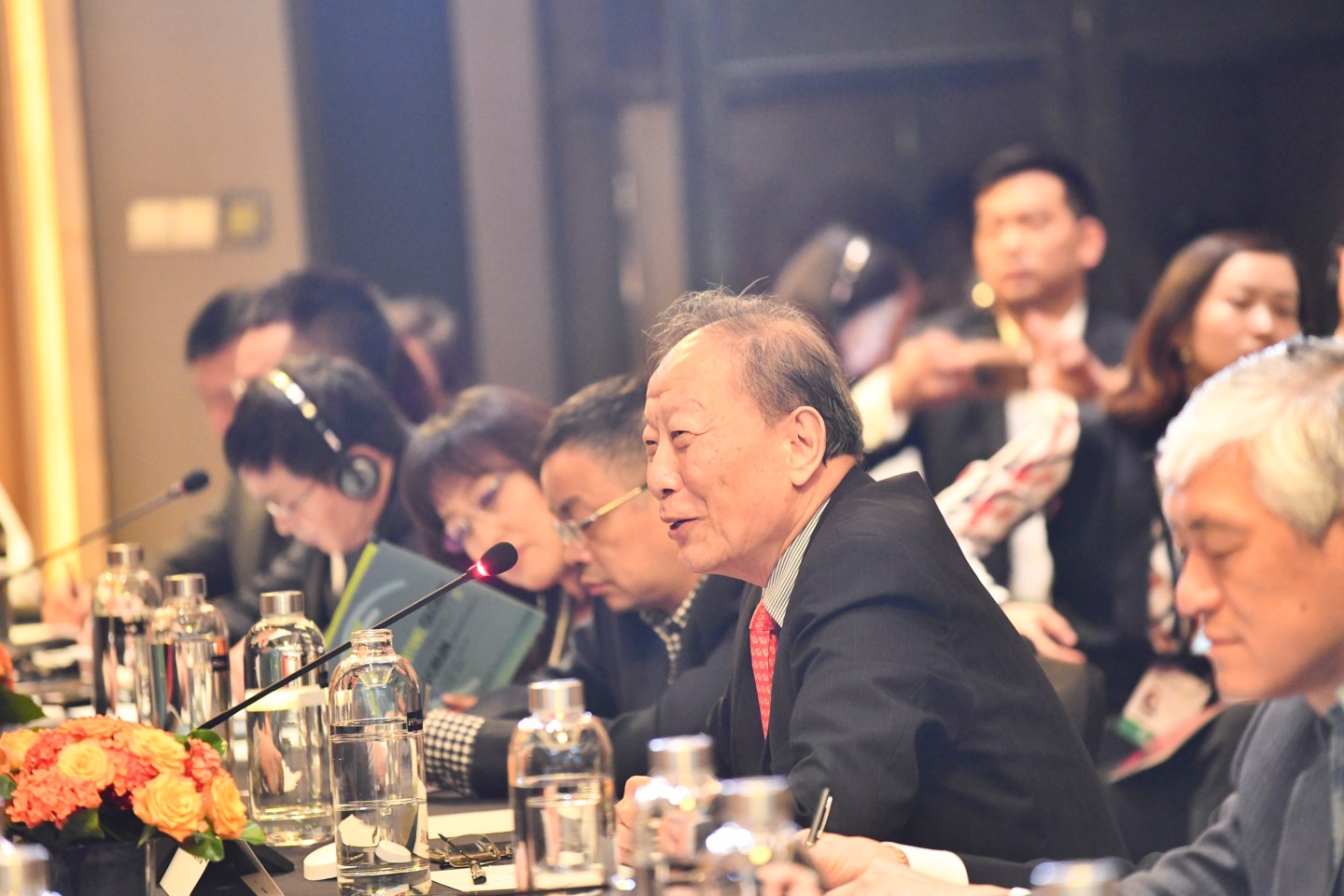 THE FUTURE OF ENERGY Global energy is undergoing an epic transformation. In much of the world, economic forces are prompting a move from coal to natural gas and renewable energy. Electric cars, though still a tiny slice of the auto market, are starting to give internal combustion-powered autos a run for their money. A shift from centralized to decentralized energy sources is gathering steam. All these changes are creating new winners and losers–among countries, industries, companies, and investors. And yet, for all this change, global greenhouse gas emissions continue to rise. What the global energy shift is and isn’t doing–and why. Stefen Chow/Fortune
Stefen Chow/Fortune

Ever since 2013, when the country was smothered by dangerously thick pollution in an event known as China’s “airpocalypse,” the country’s government has come under pressure to rid China of smog-making coal power plants.

Coal is the “most dirty energy” in the world, said Yang Fuqiang, senior advisor to China’s Natural Resources Defense Council, speaking at a roundtable debate on the future of energy Thursday at Fortune’s Global Sustainability Forum in Yunnan, China.

“The question is, how do we get rid of coal?” he asked.

“Whatever the challenges, this is something that needs to be done,” said Yang.

But a former oil executive and a research professor in China both agree that officials must do more to wean the country off the fuel.

An issue with eliminating coal, at least in China, is getting the government to commit to the idea. Beijing has taken steps towards reducing carbon emissions nationally, such as piloting an emissions trading scheme (ETS). But critics say the policy has failed to achieve real results and that the government should push harder on industries to go green.

One of those critics, former chairman of Cnooc and Sinopec—two of China’s largest petroleum companies—was in the room on Thursday. Fu Chengyu argued the government is actually easing off on the pressure, creating a drag in reforms to eliminate coal.

Sitting opposite Fu was Jiang Kejun, a research professor at the Energy Research Institute of the National Development and Reform Commission— China’s policy setting body. Jiang agreed with Fu’s complaint.

“My team, we proposed to stop the ETS because this year we see that solar power has shown a lower cost point than coal plants, so what’s the additional cost?” Jiang said, suggesting that it should be common sense for businesses to move to solar power. But yet the central government says there are still many challenges in making the transition, Jiang added.

Getting China’s national climate change policy right is not only important for China’s domestic growth, but will have global repercussions, too. That’s not only because China is the world’s largest producer of greenhouse gases, but because it will also be responsible for the growth trajectories of many developing nations through its signature multi-trillion-dollar investment program, the Belt and Road Initiative (BRI).

“A lot of countries along the Belt and Road would like to grow their economy but they have resources like coal and oil and they want to use those first,” said Fu. “It will be very difficult for them to accept green growth because they believe the resources they have will be wasted.”

Difficult or not, critics say China has a responsibility as the financier to make those developing economies accept green solutions, because the environment can’t afford to have more nations undergo industrial revolutions driven by fossil fuels.