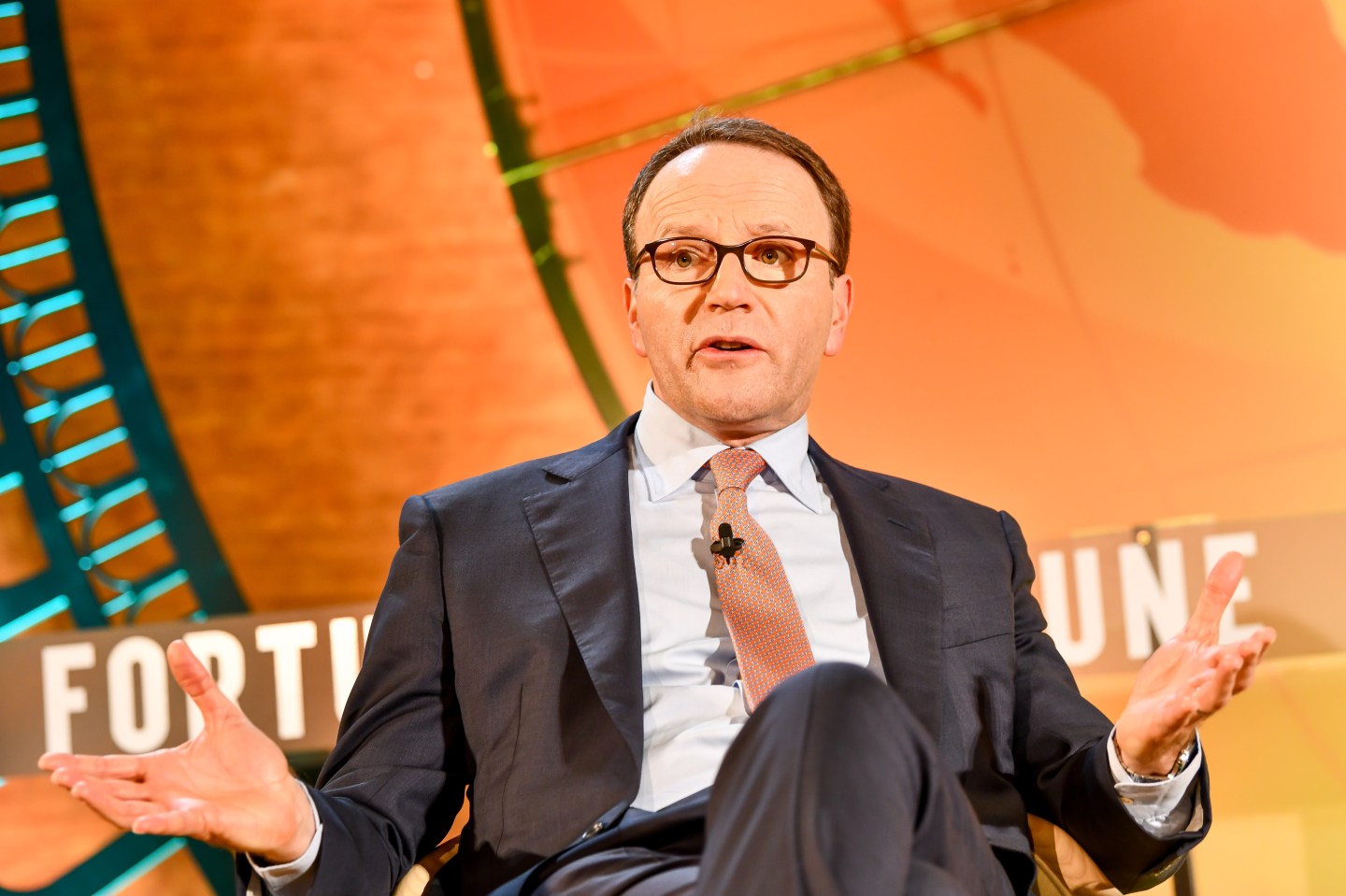 Nestlé CEO Mark Schneider discusses the emergence of plant-based food at the Fortune Global Forum in Paris.
Photograph by Stuart Isett for Fortune

About 50 billion hamburger patties are consumed in the U.S. every year—that’s about three a week for every American adult. Compare that to France, where adults eat on average a burger a month, give or take.

For Nestlé CEO Mark Schneider, the big business opportunity in the U.S. has nothing to do with winning a piece of the market’s colossal burger consumption; instead, the real opening is bringing down overall U.S. meat consumption by getting consumers to trade in their cow patties for plant-based ones. It’s a shift that’s essential to making progress on public health and sustainability, Schneider said at the Fortune Global Forum in Paris on Tuesday.

“In the western world in particular, no one talks about cutting out animal proteins,” Schneider said.  But consumers in countries like the U.S. are so “over-indexed on animal proteins” that reducing their intake would lead to automatic health and environmental impact, he added.

“Think about raising plants first to feed an animal so that animal then feeds man, as opposed to raising the plants right away and with those plants feeding man,” Schneider said. “It’s so obvious it doesn’t need explanation, so over time making progress on that is key.”

Nestlé has made its own run at the growing plant-based burger industry with what Schneider calls its “triple play”—a bacon cheeseburger. Schneider said that some companies do a good plant-based patty, a good cheese, or a good bacon, but Nestlé does all three of them well. “We wanted to show our quick service partners that if you partner with us,” Schneider explained, “you can get a complete kit from one hand.”

Schneider said he takes issue with the narrative that small startups have pioneered the plant-based space, and it’s only just now that Big Food has taken notice and wants a piece of the action. He noted that Nestlé has been working on plant-based proteins since the late 1980s and that its expertise has helped the company get product to market quickly. He said it took 18 months from the moment the company decided to do a plant-based burger to the moment it was on shelves. “Clearly if you have a lot of accumulated experience,” he said, “it’s easier for you to make that progress happen.”

Schneider said that plant-based foods more generally are “coming out of the specialist corner” and into the mainstream. As proof, he pointed to the “incredible” stock valuation of companies like Beyond Meat and the growing interest in fast food chains to add these items to their menus.

Plant-based foods aren’t the only thing becoming more mainstream. So is consumer interest in sustainability, Schneider noted. Companies—especially consumer-facing ones—need to care about these issues because their customers do, especially younger ones, he explained.

Schneider added that investors are also more interested in sustainability, too, but never at the expense of financial performance. “In a sense, you’ve got to be a top performer on financials,” he said, “and yet at the same time have convincing road map toward a better eco-footprint.”

—Why ‘data doomsday’ fears aren’t freaking everyone out
—The disruptive e-commerce revolution is benefitting big cosmetics brands
—How businesses are again pulling governments forward on climate change
—When it comes to rare earths, the U.S. still depends on China
—CEOs could be our best hope for fighting climate change and income inequality
Get up to speed on your morning commute with Fortune’s CEO Daily newsletter.