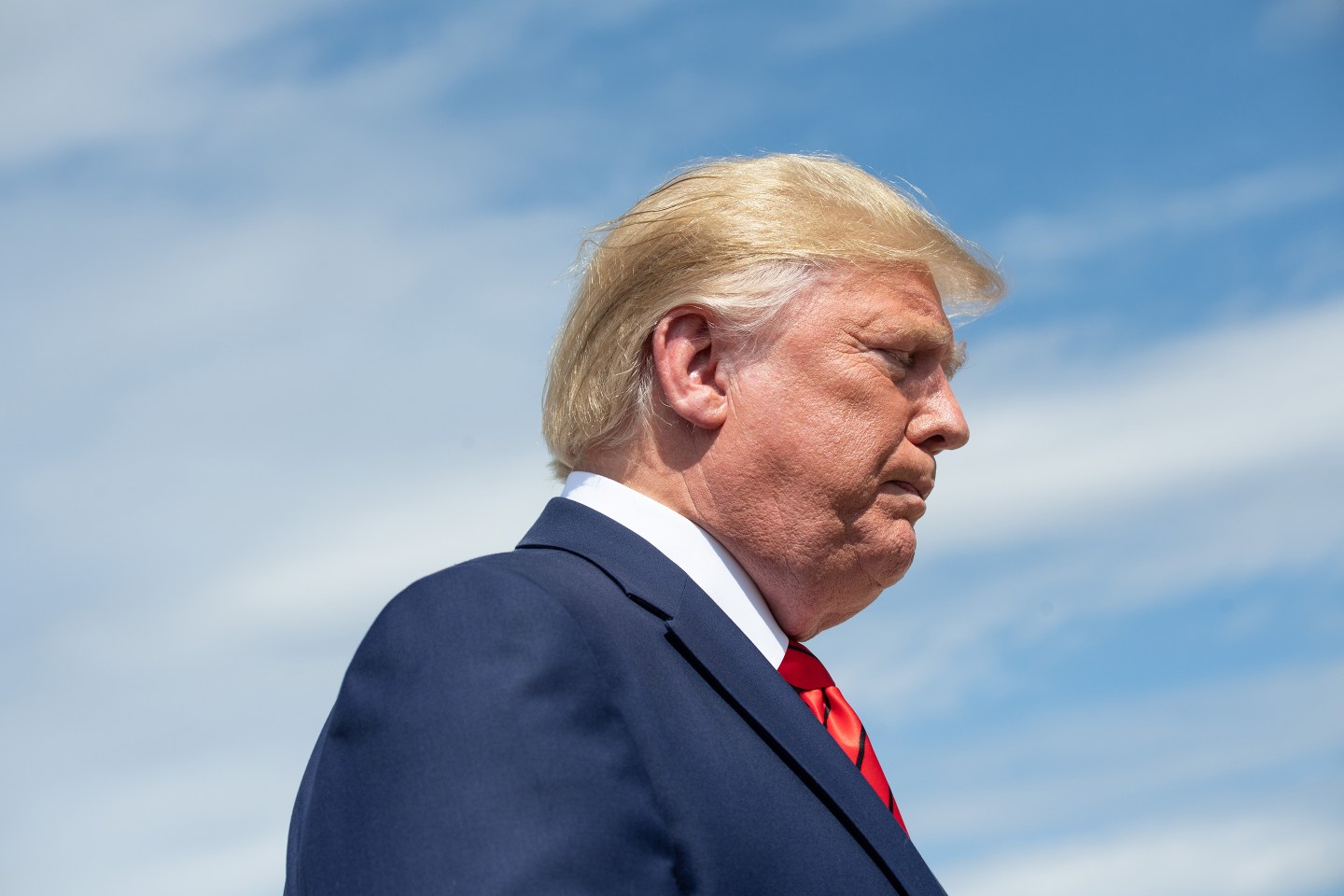 A few months into Donald Trump’s term as President, Fortune senior editor-at-large Shawn Tully asked dozens of economists, policy experts, and business leaders to predict how the real estate titan turned TV star might reshape the economy. The resulting prophecy was an improbable meld of best-case and worst-case scenarios unfolding at the same time—a bipolar split we captured in the headline of our March 2017 cover story, “The Promise and Peril of the Trump Economy.”

The promise, in short, was that Trump would usher in dramatically lower corporate tax rates and streamline regulation, two items long on the CEO wish list. The peril was that he would also do the other things he’d promised to do during the campaign. “The biggest risk is trade,” we wrote. “Trump is advocating protectionist policies that could reverse the decades-old march toward open borders that has enriched both the U.S. and its partners, potentially igniting a global trade war.” So, too, we wrote, “His harsh anti-immigration stance is another downer for growth—with the potential to drive away or deport millions of workers who are the bedrock of the farming and construction industries, as well as to surrender the U.S.’s dominant position in the global talent wars.”

“Put simply,” we said, as the stock market soared during the early days of Trump’s presidency, “America has never witnessed such a contradictory mix of free-market and antigrowth policies in the White House. Or a President who operates in such an unorthodox and unpredictable way.”

Today, nearly three years into the President’s term, we set out once again to evaluate the Trump administration’s impact on the U.S. economy and business landscape. What is uncanny—and unfortunate—is how dead-on our March 2017 assessment turned out to be. As senior editor-at-large Geoff Colvin reports in this issue, the promise and peril of the Trump economy are still very much entwined. The difference today is that the factors that negatively affect business now significantly outweigh the positive ones.

To the same extent that the Tax Cuts and Jobs Act of 2017, along with strident regulatory reform, enlivened the spirits of American business at the outset of the Trump era, the President’s never-ending, multi-front trade war, anti-immigration zeal, relentless fight-picking, and tweet-first, aim-later policymaking have left many in the business community shaking their head. After a robust (and even raucous) start, GDP growth is back to its anemic post-recession pace, corporate profits have shrunk rather than grown, and both business investment and CEO confidence are down. As Douglas Holtz-Eakin, a Republican economist who ran the Congressional Budget Office from 2003 through 2005, puts it, “The Trump administration lost the C-suite in 2018.”

Geoff’s analysis is sober and comprehensive—and, we believe, worth a read even if you’re inclined to disagree with its thesis from the start.

It’s also an important background for our year-end Investor’s Guide (publishing on Fortune.com on Nov. 21), which was conceived with the idea of helping you prosper even in a financial environment that may be lackluster—or frenetically uncertain—for months to come.

What is anything but uncertain, I’m happy to say, is that Fortune writers, designers, graphic artists, editors, and photography curators continue to tell business stories of profound importance from around the world. Two in this issue, in my view, deserve special mention—and a long Sunday read by you. First is Jen Wieczner’s profile of Goldman Sachs CEO David Solomon, which elegantly lifts the veil off one of Wall Street’s most secretive, celebrated, and misunder­stood banks. The second is “Epidemic of Fear,” by Erika Fry—which explores what happens when the worst of social media and political grandstanding collide with an uncertain science and a public health emergency that’s killing thousands. Her story will—and should—keep you up at night. (Check back soon to read the online version.)

A version of this article appears in the December 2019 issue of Fortune with the headline “The Trump Slump.”

—Why Trump is bad for business
—Bernie Sanders dominates in donations from suburban women
—Are white Democrats turning on presidential candidates due to Latino outreach?
—Trump wants to ban flavored vape products. Why not menthol cigarettes, too?
—The 2020 tax brackets are out. Here’s what you need to know
—More companies are openly supporting abortion rights
Get up to speed on your morning commute with Fortune’s CEO Daily newsletter.