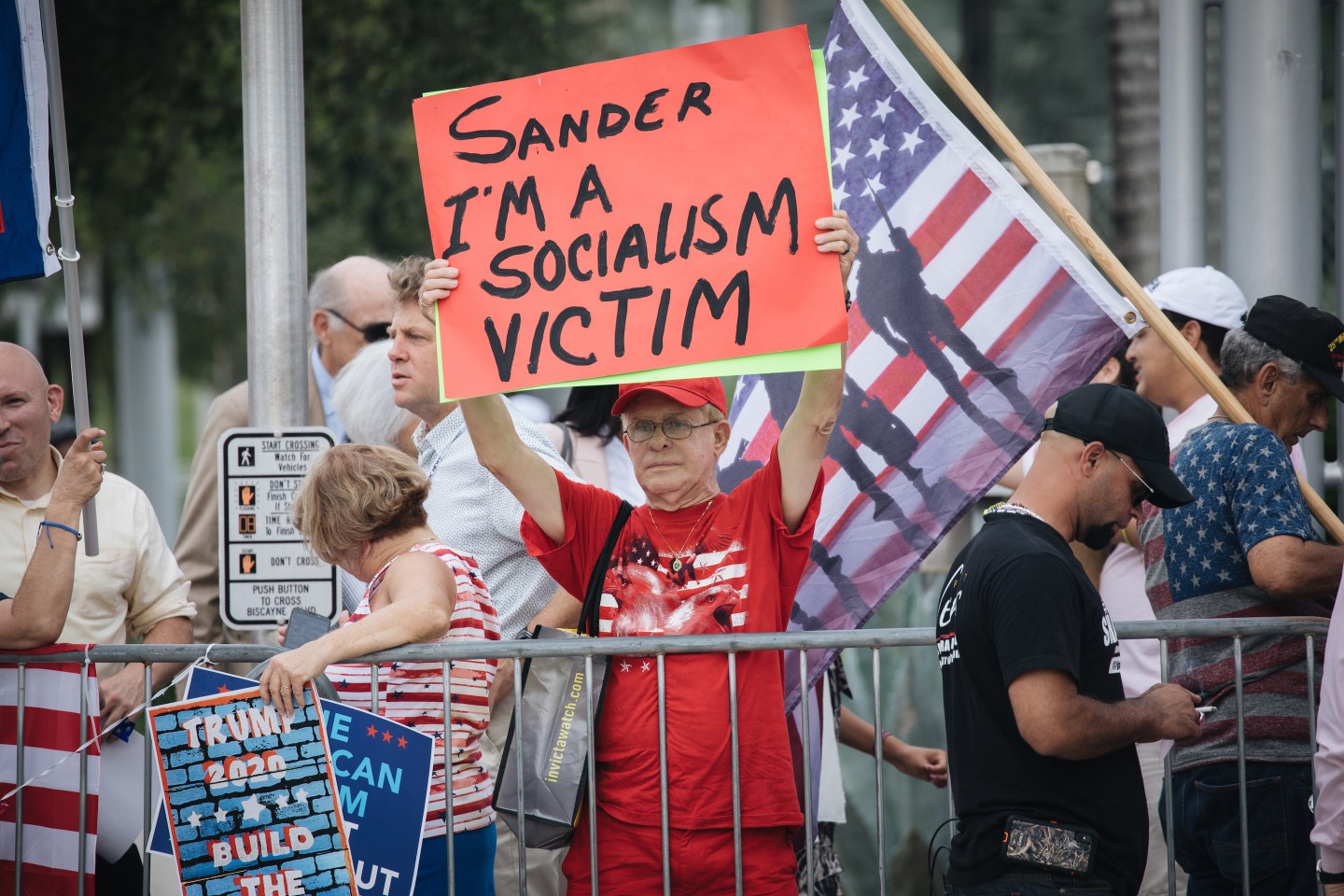 While the 2020 presidential election is still a year away, some business owners see their customers already becoming more cautious because of the unknowns about who will be the next president, and which party will control the Senate.

“We’ve seen capital being freed up for projects at a much slower place since the end of the first quarter,” says Moser, CEO of Eden Prairie, Minn.-based Hartfiel Automation. Moser is aware there are other factors at work, including the U.S.-China trade war and the slowing economy, but he says of the election campaign, “it’s part of the stew.”

Presidential election years can be tough on small and mid-sized businesses—whether customers are consumers or other companies, they tend to cut their spending when they’re uncertain about what lies ahead.

The sharp divide in the country over President Donald Trump’s personality and policies, the impeachment proceedings against him in the House, and the lack of a clear front-runner among Democratic presidential candidates make some businesses hesitant about making big commitments and investments, and shake consumers’ confidence, owners say.

Why are companies and consumer more wary?

The uncertainty is similar to what Moser saw in 2016, when his order backlog fell 38% through October even as the economy was doing well.

“Companies were sitting on their capital to see what would happen” in that year’s presidential election, Moser says.

Owners aren’t putting their businesses on hold, but they can find it’s harder to strategize amid uncertainty about the election, says John Gasper, an economics professor at Carnegie Mellon University’s Tepper School of Business.

Meanwhile, companies are contending to varying degrees with the impact of the Trump administration’s trade policies resulting in tariffs on U.S. imports from China and European nations and retaliatory tariffs on goods that American companies export.

Manufacturers and retailers have been more directly affected, but businesses of all sizes are paying higher prices on thousands of imported products. The slowing economy and weakening consumer confidence are also weighing on owners. The Commerce Department reported last week the gross domestic product fell to an annual growth rate of 1.9% during the third quarter, down from 2% in the second quarter. At the same time,  consumer confidence dropped for the third straight month in October, according to the Conference Board.

Some of the uncertainty could ease. For example, if the U.S. reaches a trade agreement with China and the tariffs were ended. But the election is still likely to become a bigger factor as the primary season heats up and Nov. 3, 2020, draws nearer.

Businesses were also cautious in past presidential campaigns. In 2016, surveys of business owners showed they were curtailing expansion and hiring plans, partly because of the election. Consumers also showed caution. Although consumer confidence measures were strong until a dip that October, Americans shied away from some big-ticket purchases like cars and trucks. Sales fell from August through October, then rebounded after the election.

In 2012 and 2004, year-over-year retail sales growth slowed an average of 22% in September and October from the previous eight months, and then rebounded after the election, according to the consulting group AlixPartners. The company did not consider 2008 in its calculations because the country was in the midst of the financial crisis, which included a series of bank failures and consumers becoming extraordinarily frugal.

Effects of impeachment inquiry and picking a Democratic presidential nominee

In the year ahead, Ryan Cassin, president of the Dallas chapter of the Entrepreneurs’ Organization, a professional group, sees two political events—the outcome of impeachment proceedings against President Donald Trump and the emergence of a presumptive Democratic presidential nominee—as key for owners’ strategy.

“Those are the two levers that are going to decide at what point people get nervous or decide how they’re going to approach 2020 or beyond,” he says.

For many owners, even if business slows because of the election, it would be one of the blips they expect to encounter over the long haul—not unlike challenges such as economic dips, natural disasters, government shutdowns, and their own industry issues. So they expect to weather whatever the election campaign brings them.

“We spend less time trying to predict short-or-medium-term political impacts because it involves so much guesswork,” says Stephen Culp, CEO of PriceWaiter, a Chattanooga, Tenn.-based maker of software that enables online retailers to negotiate prices with their customers. “We try to focus on business models that are sustainable.”

Culp says owners are more prepared for the possibility of business stalling amid election uncertainty not only because of what happened in 2016, but also because so many companies were blindsided by the Great Recession.

Still, owners wonder not only about the presidency, but also about the makeup of the new Congress, and whether the Senate could turn Democratic and give that party control of Capitol Hill. Uncertainty about how business-friendly the government is also an issue for doctors, says Eric Suan, an ophthalmologist and managing partner of The Retina Care Center, based in Baltimore.

“Physicians are concerned about the political landscape and how it would affect our practice,” says Suan, who noted the increasing consolidation in the medical profession. Because of changes in insurance reimbursement in recent years, many doctors have sold their practices to hospital networks or group practices and become employees rather than owners. What insurers pay can depend on how they’re regulated by the government.

“Any election in and of itself creates uncertainty,” Suan says.