Consumers Are Bullish. CEOs Remain Bearish. Could That Tension Sink the Economy? 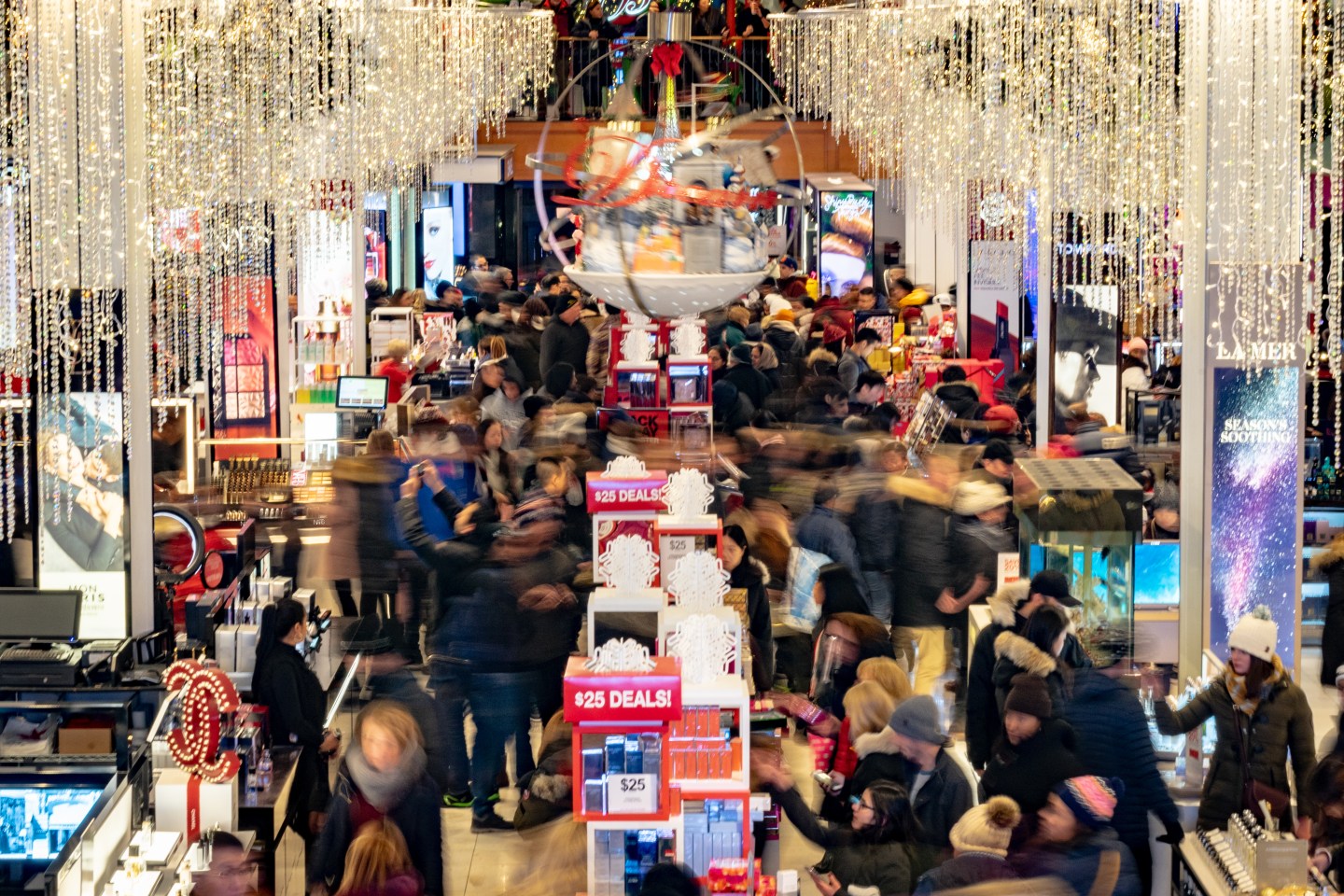 Costco, like many U.S. companies, has struggled with the impact of new tariffs imposed by the Trump administration. When an analyst asked Galanti how tariffs and global concerns were affecting consumers, he seemed to throw up his hands.

“Who the heck knows?,” Galanti said, prompting some chuckling on the call. “I think if we all turned off the television and stopped listening to everything every day, we’d all be better.”

As strange as it sounds for an executive at a $135 billion company to express bafflement at what his customers are thinking, Galanti has a point. Amid all the hand-wringing in executive suites about a slowing economy and a simmering trade war, the U.S. consumer has not only seemed indifferent to these concerns, they’ve almost single-handedly propped up the U.S. economy.

That much was evident Friday as the Commerce Department said U.S. retail sales in October grew 0.3% from the previous month, and 3.1% from a year ago. That pace of growth was better than the 0.2% rise that economists had forecast.

“The trends in retail sales, which account for about 1/3 of consumer spending, support a continued moderate pace of economic growth,” Ned Davis Research said in a note. While Lydia Boussour, senior economist at Oxford Economics said the data suggests “the consumer is alive and well” despite “signs of caution” in the economy.

The resilient demand among consumers stands in contrast to other data released Friday showing industrial production and factory output both slowing. According to the Federal Reserve, industrial production fell 0.8% last month, the biggest decline in 17 months. Even factoring out the impact of an autoworker strike, production levels still declined.

Those two economic data points underscore an apparent disconnect that has been emerging between how consumers and CEOs feel about the U.S. economy. Businesses have been cutting back on investment and output, with corporate leaders bracing for an economic slowdown. Consumers, meanwhile, are anything but cautious.

If only Corporate America could keep up.

The U.S. economy may have grown at a 1.9% rate last quarter, but business investment in software, R&D, equipment and buildings fell 3.0%. Meanwhile, shipments of business equipment also fell more than economists had forecast. Orders for so-called capital goods (those used to make other goods, not sold to consumers) fell 2.8%. And manufacturing activity has contracted for the last three months.

People in charge of business spending decisions aren’t feeling optimistic. CEO confidence is at its lowest level since the financial crisis, the Conference Board said recently. Only 4% of CEOs surveyed believe the economy would improve in the next several months, while two thirds saw it getting worse. A separate survey of CFOs showed they too have grown more, not less, pessimistic about the economic outlook.

Consumer sentiment, meanwhile, remains cheery. The Conference Board’s index measuring consumer confidence is holding steady around 126, below the 137 reading from a year ago, but well above the 48 level of a decade ago. Only 11% of consumers surveyed think the economy will get worse in the next six months.

Consumers are benefiting from a 3.6% unemployment rate and an economy that added 128,000 jobs last month. Disposable personal income (the money, after taxes, families have to spend and save) grew by 2.9% last quarter, similar to the increase in household spending.

What’s going on? Are consumers in denial about a possible recession, or are CEO’s out of touch with an economy largely made up of consumer spending? The answer may be that consumers have reason to be optimistic, just as businesses have reason to be concerned—because both are looking at different corners of the economy.

“They’re both right,” said Calvin Schnure, senior economist at Nareit, a group representing real estate investment trusts. “They’re not really telling different stories. It’s just that consumers are looking at the strong job market and business investment is responding to two things: exports and manufacturing. And both of those have been hurt by the trade wars.”

In short, jobs remain plentiful enough that consumers don’t share the sense of foreboding that many CEOs feel. And so far, consumers haven’t felt the brunt of new tariffs as companies have worked to avoid passing on higher prices.

But this tug of war can’t last forever. Either consumer spending will remain strong until trade tensions can ease, prompting companies to increase business investment again, or companies will start passing on tariffs to consumers, laying off workers, or both. Job cuts in particular could dampen consumer confidence and spending.

If the latter scenario prevails, Schnure says, the evidence will likely show up first in initial jobless claims, which are reported weekly by people filing to receive unemployment benefits. Jobless claims rising by 10% or 20% could be a concerning sign. A contraction in commercial real estate activity could also be an early warning sign.

For now, both of those indicators suggest the outlook remains positive.

“Companies may say that they’re worried about expanding, but they’re not cutting back,” Schnure says. “A recession is when they cut back, but when they’re conscious about expansion and they’re waiting for some of the uncertainty to be resolved, that’s more of a rocky period. We’re in the cautious-about-the-expansion scenario.”

—The S&P 500 may be due for a 25% correction, according to historical data
—The 2020 tax brackets are out. What is your rate?
—How “VSCO Girls” are killing makeup sales
—What is “quantitative easing”—and why is everybody so worked up about it?—A.I. vs. the wolves of Wall StreetDon’t miss the daily Term Sheet, Fortune’s newsletter on deals and dealmakers.