While Most Industries Suffer Due to the Climate Crisis, Hydropower Sees Opportunities 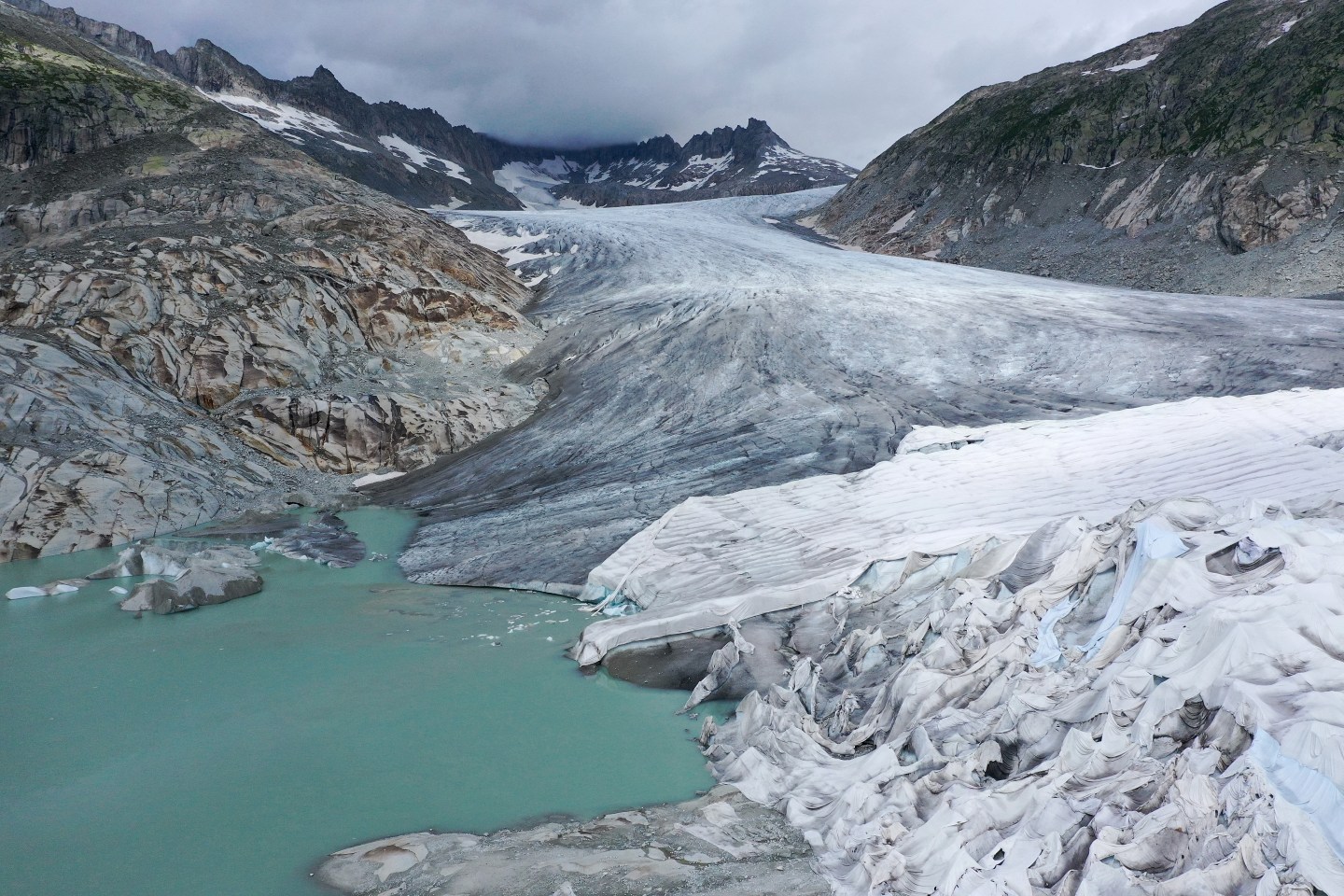 OBERGOMS, SWITZERLAND - AUGUST 19: The Rhone glacier, including a portion of the glacier that is covered in UV-resistant material to slow the glacier's melting, lies at a lake created by the glacier's meltwater on August 19, 2019 near Obergoms, Switzerland. The covered portion of the glacier contains an ice grotto and tunnel hewn annually into the glacier as a tourist attraction. The Rhone glacier is the source of the Rhone river and since the 1850s the glacier has lost approximately 1,300 meters in length. While the retreat of glaciers across Europe is part of a natural process that began with the end of the Little Ice Age in the mid-19th century, the acceleration of the melting since the 1960s is a phenomenon many scientists attribute to human activity that is further warming Earth's climate. (Photo by Sean Gallup/Getty Images)
Sean Gallup—Getty Images

Many look at the world’s melting ice and see glacier basins as half-empty. Swiss researchers see them as half-full of opportunities for hydropower and freshwater storage.

The largely theoretical study, published Wednesday in the journal Nature, examined 185,000 glaciers around the world and determined where environmental, technical and economic factors would allow for the building of dams to harness both the power of glacier melt and the value of water itself. If all such sites were tapped, the amount of electricity generated would equal 7% of the world’s total electricity consumption in 2015, or 35% of the world’s output from dams.

“Building a dam at every glacier location is neither realistic, nor sustainable, nor desirable,” the authors emphasize. The value in such an ambitious exercise in virtual civil engineering is worth considering given, the potentially “important contributions to national energy supplies, particularly in High Mountain Asia,” a region with so much ice it’s informally called the Third Pole.

In addition to the massive amount of hydropower, the authors found the glacier basins could hold a combined 48% of the runoff from current glaciers. That’s especially important in arid regions, where such reserves serve as a hedge against future water scarcity.

Almost a third of the potential power comes from 1,000 of the 185,000 sites, and the 10 largest glacier basins that could be dammed are in the U.S., China, Canada and Nepal.

The hydropower industry is already facing long-predicted higher costs, as operators expect to struggle with both extreme weather and falling capacity in the coming years.

Large hydropower projects, however, are rarely planned, financed and built without considerable debate and opposition, which is why the researchers selected sites with an eye towards minimizing environmental impact instead of maximizing potential revenue. The team generated rough cost estimates for each location that included the dam itself, power stations, operations and transmission to the nearest grid. About 60% of the theoretical maximum of plants could have production costs below 50 cents a kilowatt-hour.

“The uncertainties are high,” said Upmanu Lall, director of the Columbia Water Center who was not involved in the study, “and it is rather unlikely that, politically, new reservoir construction will be allowed in most countries.”

—Saudi Aramco warns of a different kind of ‘climate change concern’
—Climate change is hitting insurance hard: How Swiss Re is adapting
—Energy companies say the oil glut—and shrinking profits—aren’t over
—Innovative tech offers a solution to aircraft pollution
—The Future 50 sustainability all stars
Subscribe to The Loop, a weekly look at the revolutions in energy, tech, and sustainability.