Is It Time to Stop Describing Women as ‘Badass’? 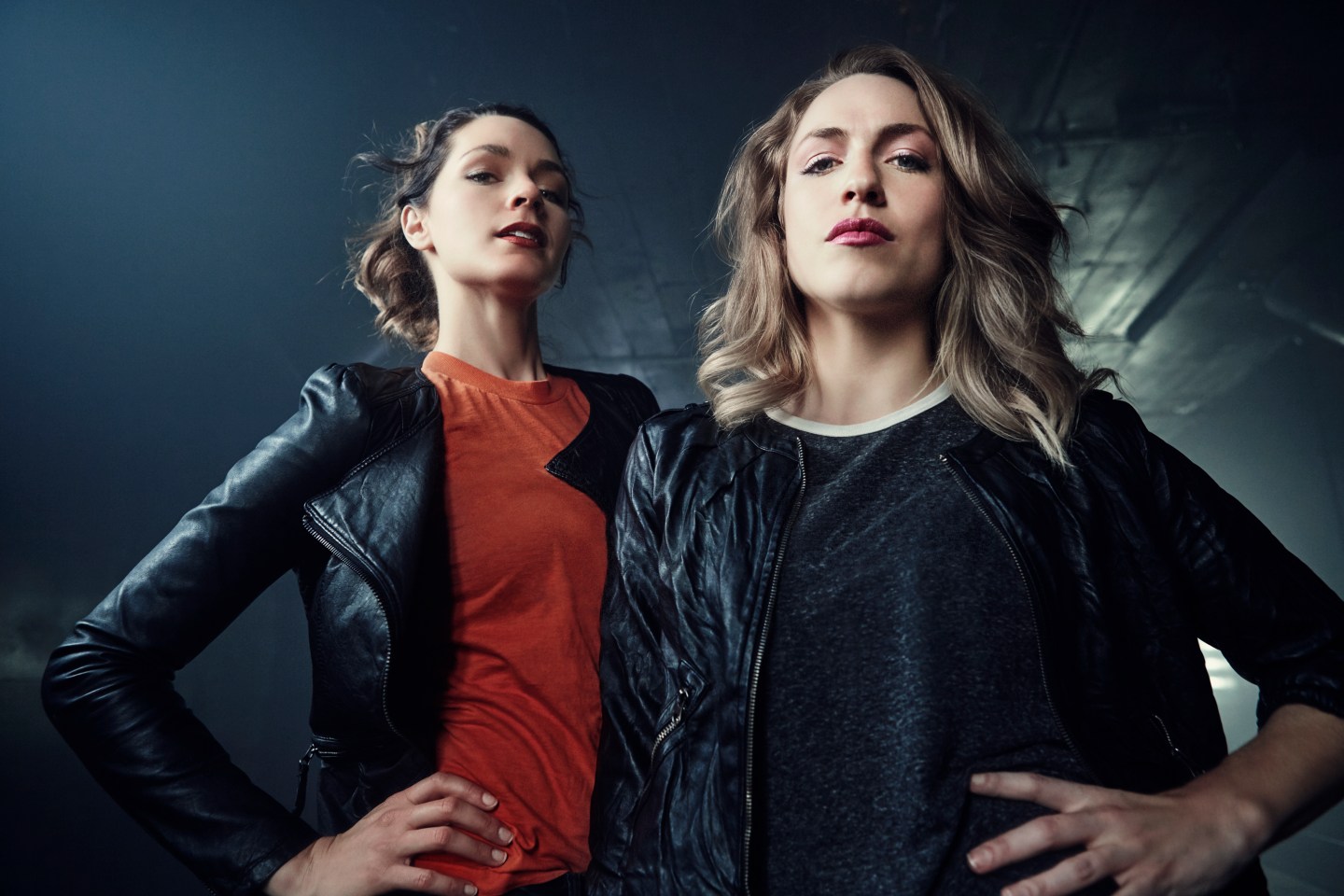 - Buh-bye, badass. Do you have any girl power phrases that raise your hackles? I have plenty. High on the list: the cutesy nonsense words (I'm looking at you, "mompreneur"), as well as the grammatical abominations (consider "power woman." Can you imagine anyone introducing a male executive as a "power man"?).

But despite a wealth of competition,"badass" holds a special place on my own personal lexicon of shame. That's not to say I haven't employed it—in fact, I once received a critical note from a top editor at Fortune's former parent company after using the word in this very newsletter. Yet the more I see it splashed across magazine covers, embraced by marketers, and accepted by the establishment (yes, "badassery" is in the Oxford English Dictionary), the more it grates—particularly when it's applied to women, which is almost always the case.

So, you'll understand why this NPR story about Women on Food, a new book of essays edited Charlotte Druckman, drew my eye. It focuses on one of the questions Druckman asked her contributors, namely: "Are there any words or phrases you really wish people would stop using to describe women chefs (or really, women, period)?"

One of the most common replies was—you guessed it—badass. While not everyone dislikes the term, and those who do cite various reasons for their antipathy (including rampant overuse), Druckman tells NPR that much of the objection to word comes from it's bro-centricity:

"Badass is a detonated way to describe a kind of cultural male whiteness—an aggressive, swaggering one. And then it gets put onto women, as what feels like a tarnished 'badge of honor,' or backhanded compliment. Calling a woman—chef or otherwise—'badass' is a way to signify that she's cool or relevant because she's acting like a man (specifically, an aggressive, swaggering one); that she is only of interest or worth consideration because she's going against whatever 'type' it is she'd otherwise be categorized as because she's a woman. She can't possibly be taken seriously or even close to equal unless she's aping male behavior. It exalts that bullying, bullish culture at the same time as it puts down the culture of anyone who doesn't follow that model, female, white or otherwise."

Druckman's insight promoted me to stop and think about what we really mean when we use the word to describe a woman. In my case, I've reached for it when what I want to convey that someone is fearless, formidable, uncompromising, bold—in short, living life on her own terms, undaunted by anyone else's conception of how she "should" behave. So, the next time, rather than rely on that overused shorthand, I'll just say so.

- Beyond the franchise. McDonald's workers have protested and staged strikes against low pay and sexual harassment; now former McDonald's employee Jenna Ries has filed a lawsuit against the company and a Michigan franchise where she worked, alleging that she was assaulted and harassed by a manager. Ries, seeking class-action status, references the resignation of McDonald's CEO Steve Easterbrook over a relationship with a subordinate and says the problem lies with the chain as a whole, and not just the location and franchise owner in question. McDonald's says it is working with franchisees to create “safe and respectful” workplaces. Fortune

- In the running. Maya Rockeymoore Cummings resigned as chair of Maryland's Democratic Party to run for the Congressional seat of her late husband, Rep. Elijah Cummings. Maine state Rep. Sara Gideon talks about her fight to replace Sen. Susan Collins in the Senate. Mississippi Sen. Cindy Hyde-Smith, who won in a contentious runoff last year after her comment about a public hanging, will face a 2020 rematch with challenger Mike Espy. Sen. Kamala Harris stops by Cosmopolitan on the 2020 trail. Sen. Elizabeth Warren says she was told to "smile more" to get more men to vote for her.

- Management at Microsoft. For the first time, Microsoft's diversity report this year broke down its gender and racial diversity stats by managers and non-managers. It's an unusual category for a public diversity report to tackle, and revealed, unsurprisingly, that women and minorities are less represented in all levels of management than in the general workforce. Fortune

- Time out. Mina Chang, deputy assistant secretary in the State Department's Bureau of Conflict and Stability Operations, was in consideration for an even more senior job with USAID until Congress started looking into her resume. Chang was found to have inflated her qualifications: calling herself an "alumna" of Harvard Business School after attending a seven-week course, claiming falsely to be part of a UN panel on drones and humanitarian relief, and creating a fake Time magazine cover with her photo on it. Her boss, President Trump, is also known to have made doctored covers of Time magazine. NBC News

- Global leadership. The government of Moldova, led by Prime Minister Maia Sandu, collapsed yesterday after a no-confidence vote in Parliament; Sandu's administration has three days to submit its resignation. After the resignation and flight of Bolivian president Evo Morales, vice chair of the Senate Jeanine Añez is, per the country's constitution, next in line for the presidency.

- An Inspired debut. LearnVest founder Alexa von Tobel and former Commerce Secretary Penny Pritzker raised $200 million for their debut fund at Inspired Capital. It's one of the biggest first-time funds out of New York, and a notable size for a female-founded fund. WSJ Pro

- News on News. Facebook's push into news publishing is facing scrutiny over head of Facebook News Campbell Brown's record as the co-founder and board member of education policy website The 74, which has published many articles that are highly critical of Sen. Elizabeth Warren. Brown said her involvement with The 74 does not affect Facebook News. The dustup is a sign of what Facebook faces as it embraces a role as a news publisher. New York Times

9 books about life for women on the campaign trail Bustle

Do the moms fighting against Big Vape stand a chance? MEL Magazine

The tech executive who shaves half her head The Cut

"I think I've got some ways to go in Congress before I try to get another job."

-Rep. Alexandria Ocasio-Cortez on whether she would run for mayor of New York City