Book Review: The ‘Queens of Animation’ Who Paved the Way for Disney’s Princesses 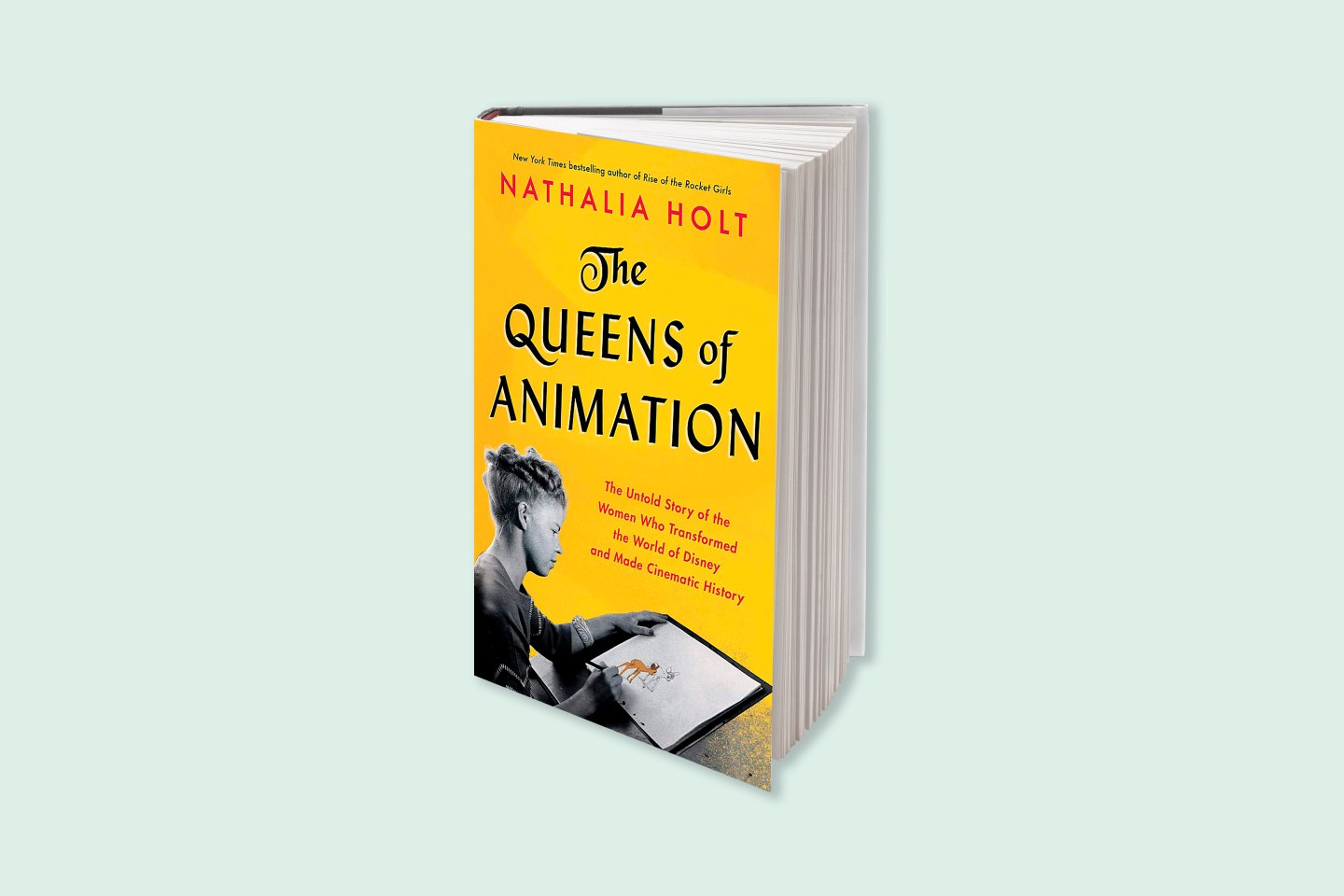 "The Queens of Animation: The Untold Story of the Women Who Transformed the World of Disney and Made Cinematic History" by Nathalia Holt
Little, Brown and Company

When artist and designer Bianca Majolie landed what (on paper) seems like the dream job of a lifetime in 1935, she was paid $18 per week as a member of Walt Disney Studios’ illustrious story department—then the unit that would soon become responsible for 1938’s Snow White and the Seven Dwarfs and 1940’s Pinocchio.

By comparison, her male counterparts in the same role in the same department were making upwards of $75 per week.

While you might be picking your jaw off the floor similar to a certain animated, violet-hued genie, this is only the beginning of some of the disparities—and even atrocities—that Majolie and her female colleagues suffered at the onset of the so-called Golden Era of Hollywood but also the pioneering days of cinematic animation.

In The Queens of Animation (Little, Brown), author Nathalia Holt goes back to the earliest days of the Walt Disney Animation, tracing the lives and careers of the very first (and few) women who were hired to work in the story group. Certainly, there were many female employees at Disney in the 1920s and 1930s. But the vast majority of them were relegated to the “Ink and Paint” department, where they painstakingly put the finishing touches on each and every frame, from tracing the outlines of the characters to all of the color, flourishes, and frankly, magic that filled up the silver screen.

As denoted in the book’s subtitle (The Untold Story of the Women Who Transformed the World of Disney and Made Cinematic History), the influence of this group of animators is evident on the screen, brought to light through Holt’s interviews with a few remaining former employees still alive or passed along through their surviving friends and family. Their influence also survives on the page through sketches, drawings, and story ideas. It’s not hard to pinpoint the origin of Dumbo through Majolie’s charming and melancholy Elmer Elephant short films, and how her field trip to sketch the birth of a fawn at the San Diego Zoo immediately brings to mind the opening of Bambi.

But their artistic talents also preserved their feelings about the hostile workplace they entered each day as many of their male colleagues repeatedly harassed them in virtually every way imaginable. Animator Grace Huntington didn’t leave much to the imagination in one personal comic strip, depicting an obese mouse (you can guess who), creeping up on a woman at her desk, reaching over with his oversized hands with an dialogue bubble reading “I LUV YOU !” In the second cell, there is just an empty desk with a chair that has fallen over, and the ogre mouse is left dumbfounded as to what possibly he could have done wrong.

Holt’s dedication to telling these women’s stories after they’ve been lost—and nearly forgotten—for so long is palpable, narrating their personal histories as if the animators were characters themselves. Admittedly, Holt had her work cut out for her as, she acknowledges to her and our dismay, that many of the original subjects are no longer living, leaving her to piece together sketches, correspondence, and interviews with whomever could pass along what they heard first. And as we all know, second-hand information is the beginning of a game of Telephone, making it a bit hard as a reader to know when some of the dialogue presented actually happened or not.

But in most cases, regardless if the dialogue is word-for-word accurate or not, the theme is clear: the movies we consider classics now would not have turned out the way they did if it were not for the inclusion of women in the Disney story department, which actively discouraged women from even applying at all. (That goes for Walt Disney himself, too, although he did directly hire most of the women featured in Queens. It should also be noted that this all pertains to only white women. Diversity at the studio was nonexistent, and even the African American stars of the derogatory Song of the South were not invited to the premiere of the now-despised film.)

And if it weren’t for this book, their work might have gone ignored and overlooked forever—and sadly that will remain the case for many of the women in the Ink and Paint department. Hundreds of studio employees worked on the production of Snow White, and yet only 67 are listed on the opening credits when you watch the film today.

—12 books on business and journalism to add to your fall reading list
—Meet the New Yorker selling signed copies of Philip Roth books on a street corner
—9 nonfiction page-turners to bring to the beach this summer
—Scribd’s “Netflix for books” subscription model is proving to be fruitful
—Listen to our audio briefing, Fortune 500 Daily
Follow Fortune on Flipboard to stay up-to-date on the latest news and analysis.