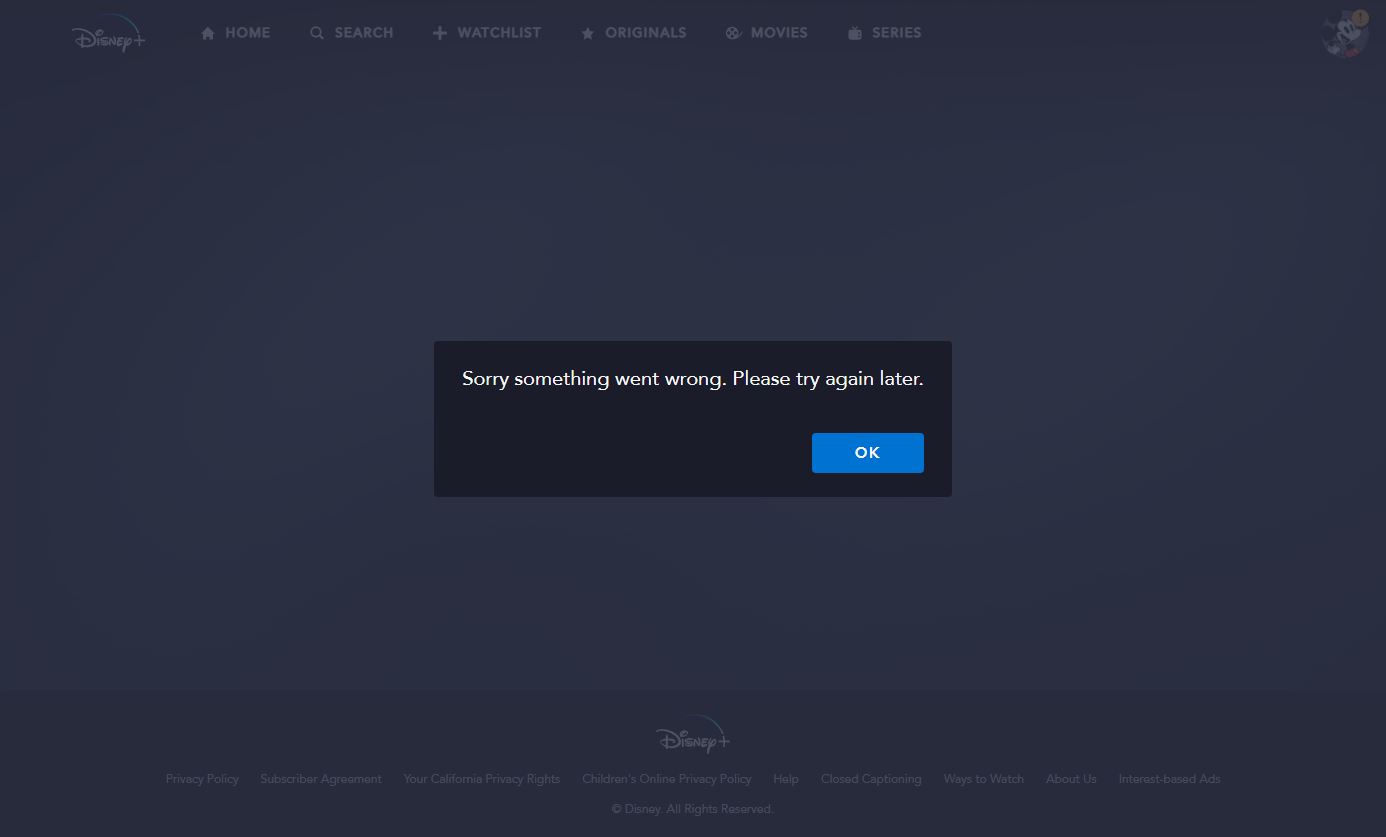 Disney might have stoked demand for its new streaming service a little too much.

The early hours of Disney+ have been rough ones, as the official launch has been plagued by a variety of technical errors, from slow screen loads to “unable to connect” messages on the service’s home page to problems with adding programs to watch lists.

Disney, in a tweet, said it was working hard to fix the errors, which were caused by “consumer demand [that] exceeded our high expectations.”

The issues, which aren’t uncommon during the launch of a popular online service, come despite Disney delaying the launch of Disney+ in some areas. Puerto Rico residents, for example, was originally scheduled to be part of the initial launch, but the debut in that country was pushed back by a week, the company announced Tuesday.

Read: Here are the TVs and devices you can use to download Disney+

Disney has been heavily promoting the service (and making it available on most major platforms), launching pre-orders to the general public in September (with a lower rate than Netflix). Members of D23, the Disney fan club, were able to purchase a three-year Disney+ subscription for a 33% discount. And Verizon wireless and FiOS customers will receive a free one-year subscription to the service.

CEO Bob Iger has called the streaming service “the biggest priority of the company” in 2019. It’s looking to steal some of the dominance Netflix and Amazon have built in the direct-to-consumer video marketspace.

The consumer demand for Disney+ has exceeded our high expectations. We are working to quickly resolve the current user issue. We appreciate your patience.

—The Kingmaker tackles the ‘horrors’ of Imelda Marcos
—Oscars 2020: Welcome to the wildest screenplay competition ever
—HBO’s The Apollo chronicles the theater’s struggles and triumphs
—Harley Quinn writer and artist Amanda Conner on the character’s journey to the spotlight
—Will social media buzz help decide the Oscars?