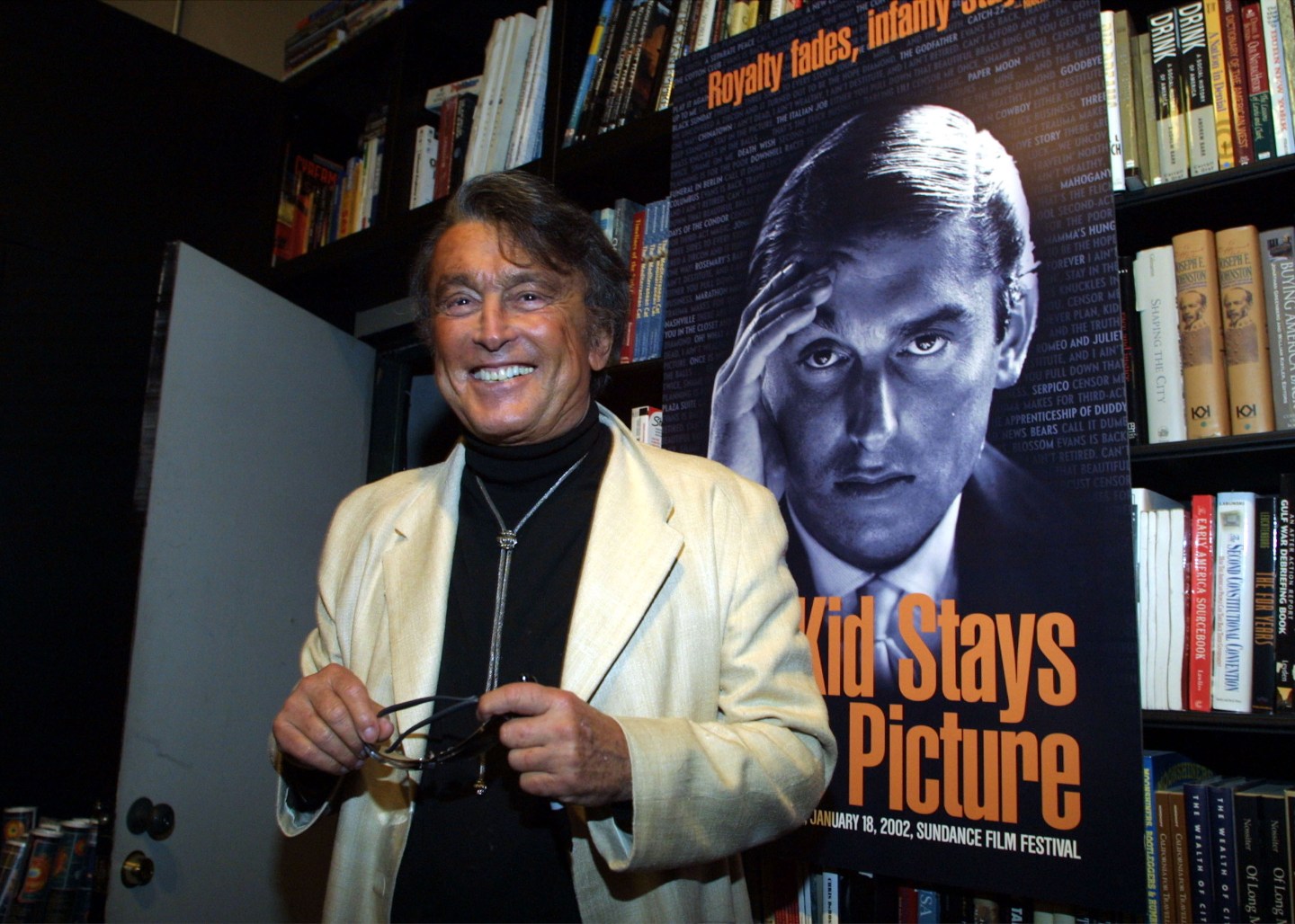 Robert Evans, the protean, fast-living Hollywood producer and former Paramount Pictures production chief who backed such seminal 1970s films as “Chinatown,” ”The Godfather” and “Harold and Maude,” has died. He was 89.

Evans publicist, Monique Moss, confirmed that Evans died on Saturday. No other details were immediately available.

His career was a story of comebacks and reinventions. Evans had launched a successful women’s clothing line with his brother, Charles, and was visiting Los Angeles on business when actress Norma Shearer saw him sunbathing by the pool at the Beverly Hills Hotel. She persuaded producers to hire the handsome, dark-haired 26-year-old to play her late husband, movie mogul Irving Thalberg, in “Man of a Thousand Faces,” a film about horror movie star Lon Chaney.

After acting roles faded, Evans re-emerged as head of production at Paramount and quickly converted the studio from a maker of mediocre films to the biggest hit machine in Hollywood, home to “The Godfather” and “Love Story” among others.

For decades, and with many flops in between, Evans was one of Hollywood’s most outsized and flamboyant personalities, encapsulating the romance of a now bygone movie era where films were greenlit more on instinct than market research. He was widely believed to be the model for Dustin Hoffman’s petty-minded Hollywood producer in the 1997 satire “Wag the Dog.”

“The higher you get, the lower you can fall,” Evans mused in a 2003 interview. “You pick yourself up at the count of nine, you come back and win and be done with it. I believe in being a survivor.”

The title of his 1994 memoir, “The Kid Stays in the Picture” (later turned into a 2002 documentary) came from an early story of his improbable success.

After he appeared in “Man of a Thousand Faces” Darryl Zanuck signed Evans to a contract at Twentieth Century Fox and cast him as a bullfighter in “The Sun Also Rises.” The filmmakers insisted the young actor wasn’t right for the role, so Zanuck went to Mexico City, where the film was being made, to see for himself. His verdict: “The kid stays in the picture.”

It was Evans who optioned “The Godfather” while Mario Puzo was writing it. As Paramount chief, Evans presided over Francis Ford Coppola’s production but his role in the movie, itself, has sometimes been exaggerated — most of all by Evans. But Coppola, recalled Evans fondly on Monday, recollecting the producer’s “charm, good looks, enthusiasm, style and sense of humor.”

“He had strong instincts as evidenced by the long list of great films in his career. When I worked with Bob, some of his helpful ideas included suggesting John Marley as Woltz and Sterling Hayden as the Police Captain, and his ultimate realization that ‘The Godfather’ could be 2 hours and 45 minutes in length,” said Coppola, also noting his contributions to “The Cotton Club.”

“May the kid always stay in the picture,” added Coppola.

Evans was born Robert J. Shapera in New York, the second son of Archie Shapera, a dentist, and his wife, Florence, a homemaker. He began acting in radio while in junior high school, going on to appear in more than 300 shows.

After “The Sun Also Rises,” Evans left Hollywood to join his brother in the clothing business, but was lured back in 1966 when Zanuck offered him a three-picture contract as a producer. That same year Paramount Pictures hired him to head production.

Albert Ruddy, who won an Oscar as producer of “The Godfather,” credited Evans with filling an essential role in the picture’s success. When Paramount’s head of distribution objected to the nearly 3-hour running time, Evans backed up the filmmakers and insisted that the movie not be cut.

“He said, ‘I’ll quit before I cut the movie,'” Ruddy said Monday. “He saved the movie.”

Evans didn’t share in Paramount’s prosperity, however. He wasn’t granted any bonuses, and his string of marriages and divorces drained away much of the money he did make. After brief marriages to actresses Sharon Hugueny and Camilla Sparv, he married MacGraw, who became a star with her performance in “Goodbye, Columbus.” She gave birth to Evans’ only child, Joshua.

MacGraw became a superstar after “Love Story,” then went off to Texas to spend four months making “The Getaway” with Steve McQueen, with whom she had one of Hollywood’s more notable affairs. She and Evans divorced in 1972 and he married former Miss America Phyllis George in 1977. They split a year later.

Meanwhile, Evans had formed his own production company, and he quickly turned out one of the biggest hits of 1974, Roman Polanski’s “Chinatown.” The next decades brought a period of failures, however, including Coppola’s “The Cotton Club,” and the “Chinatown” sequel “The Two Jakes” and the thrillers “Sliver” and “Jade.”

In 1980 he pleaded guilty to cocaine possession and was placed on a year’s probation.

In 1983 he was called to testify at a preliminary hearing in the murder of a “Cotton Club” investor, Roy Radin. On the advice of his lawyers, Evans pleaded the Fifth Amendment. Although he was never connected to any wrongdoing, his refusal to testify to avoid self-incrimination further sullied his reputation.

He had a near-fatal setback in 1998 when he suffered a stroke in a Hollywood screening room.

“A bolt of lightning shot through my body,” he told a reporter later. “I thought I had died. I heard Ella Fitzgerald sing ‘It’s a Wonderful World.'”

Evans underwent a grueling rehab, but still found time for his fifth wedding, this time to Oxenberg. The marriage barely lasted longer than the couple’s five-day courtship.

Wedding No. 6 occurred in 2002. The bride was Leslie Ann Woodward, a model and actress. Divorce No. 6 followed a little more than a year later. In 2005, Evans married Lady Victoria White, a socialite 33 years his junior.

At the time he had just finished his second memoir, “The Fat Lady Sang,” and he told Time magazine that with this marriage, “I finally found the last chapter.”

—More episodes of Evil and Prodigal Son are coming—but fall TV is missing breakout hits
—An inside look at the Kurt Cobain business
—Shea Serrano on Movies (and Other Things), and why he isn’t fully sold on showbiz
—How your favorite TV shows make it from screen to stage on live tours
—Robert Eggers talks The Lighthouse, The Northman, and… Mary Poppins?
Follow Fortune on Flipboard to stay up-to-date on the latest news and analysis.