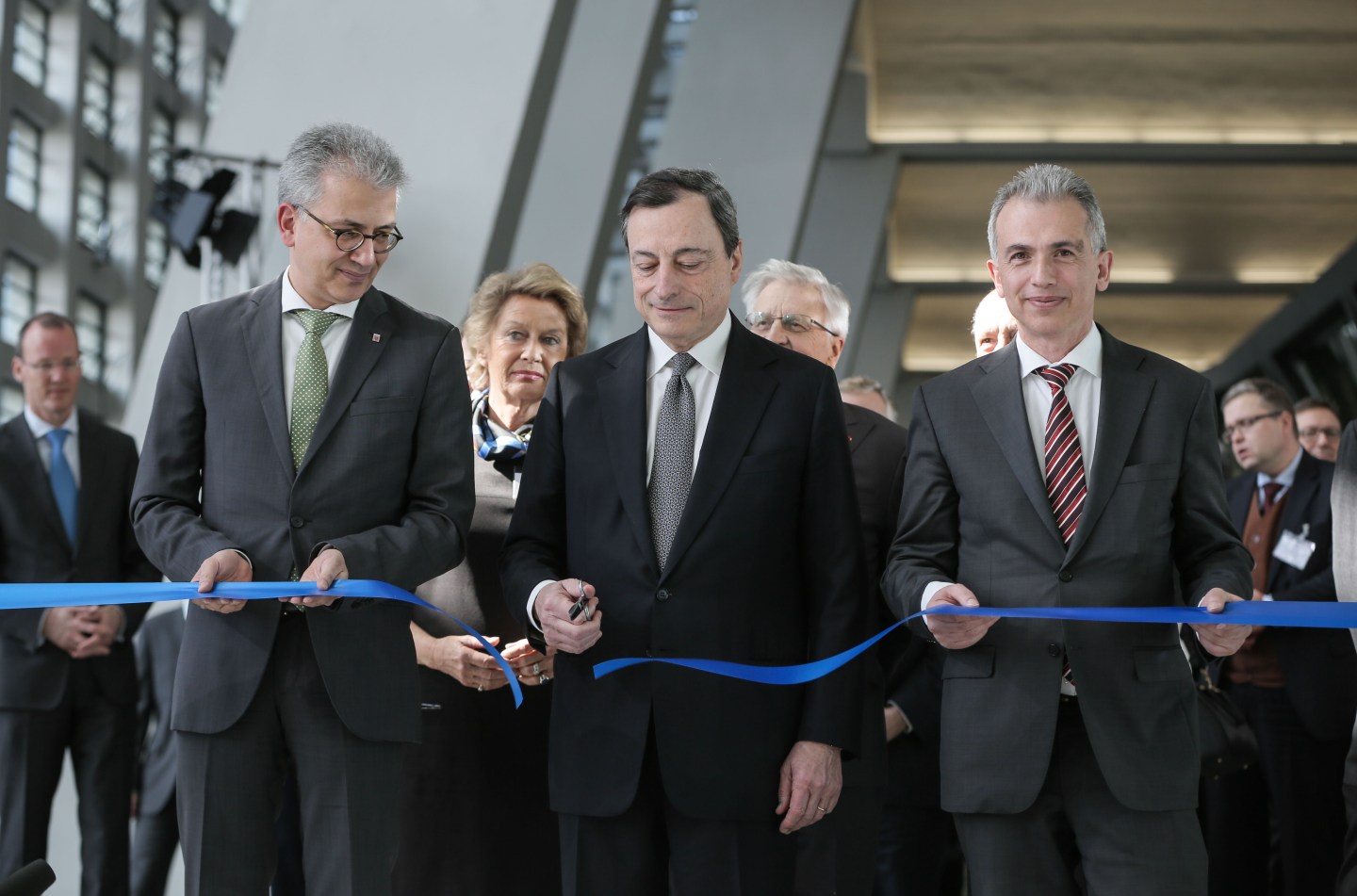 It will take more than a handoff to Christine Lagarde to stop the European Central Bank being a bastion of male privilege, but outgoing president Mario Draghi can justifiably count advancing the cause of women among his list of accomplishments.

Overshadowed by endless controversies over negative interest rates, quantitative easing and the like, any strides towards greater gender balance have largely stayed under the radar. But in his eight years as president of the Frankfurt-based institution, the number of women in management positions at the central bank has more than doubled.

At the time Draghi made his famous 2012 speech about doing “whatever it takes to preserve the euro,” only one in six of the ECB’s managers were women, and the ratio in senior management was an even more shabby 9%. Only two of 21 directorates-general were headed by women; one of those, communications head Elisabeth Ardaillon-Poirier, was at the same time the only female head of any of the ECB’s 17 steering committees.

Today, as Draghi prepares to step down, 30% of the ECB’s managers are women, including in senior management roles. That earned the organization the seal of approval for its hiring practices from EDGE, the global association that certifies business processes for guaranteeing gender equality. But, it still falls short of the ECB’s own broader internal goal, first declared in 2013, of achieving 35% of women in management positions, and 28% of women in senior management positions by year-end 2019.

When Draghi took over the top job, there wasn’t a single woman among either the 6-strong executive board or the 17 national central bank governors, who together make up the bank’s governing council, which dictates monetary policy for the euro zone. For comparison, 10 of the 27 European Commissioners that year were female.

Eight years on, and there is still only one, the German Sabine Lautenschlaeger. And she’s not a particular fan of Draghi’s economics.

Lautenschlaeger became the latest German appointee to resign early from her position at the bank last month over policy disagreements. On Wednesday, Berlin confirmed that it had appointed Isabel Schnabel to replace her. Schnabel is one of the government’s Council of Economic Advisers, which also goes by the moniker of the Five Wise Men (at least in English—the German version is gender-neutral).

The discrepancy lies not least in the fact that, while the ECB’s board governs appointments to all levels below the governing council, it’s the euro zone’s member states who appoint national central bank governors and recommend board members for the EU parliament to approve.

Admittedly, it’s a different story at the ECB’s banking supervision department, where fully one-third of currently serving members are women. And given the long terms accorded to central bank governors, it takes time to rebalance what is a relatively small college where specialist knowledge is essential (unlike the Commission where portfolios are more often allocated to those with more generalized political experience).

But over half of the now-19 national governors have been appointed in the last eight years, and the tally is: Men 10, Women 0.

The euro zone’s capitals evidently feel much the same way about women as Glasgow Rangers soccer club used to feel about Roman Catholics: they’re not biased, they’ll hire one just as soon as there’s one born good enough.