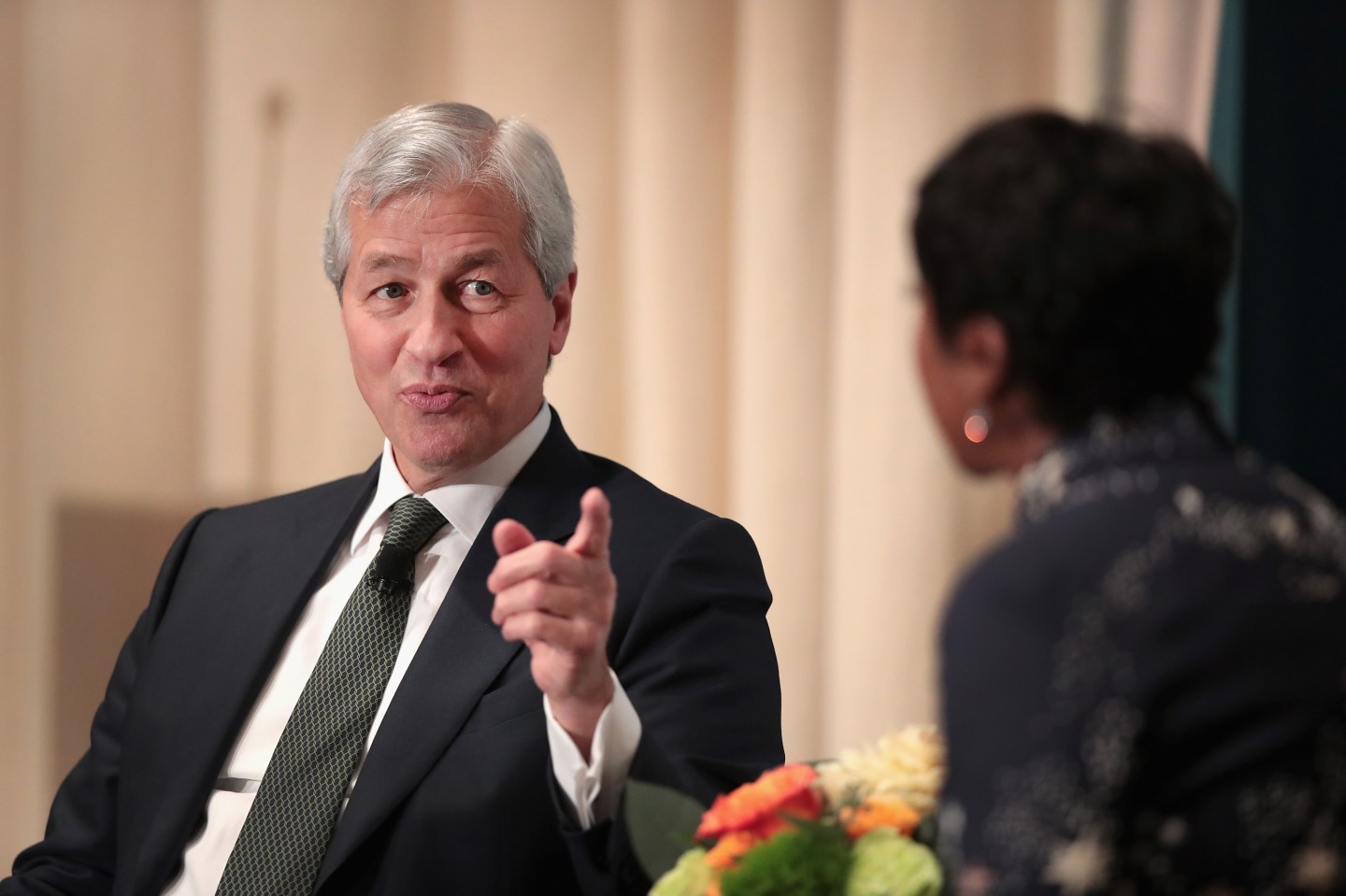 The third-quarter earnings season was widely anticipated to be a rough one for Wall Street’s big banks.

The Trump administration’s expansive tax reform bill may have bolstered bank profits to historic highs in 2018, but the effects of that fiscal stimulus have gradually worn off. Nowadays, the investment banking sector globally finds itself under pressure as far as revenues and profits are concerned—a state of affairs that hasn’t been helped by an increasingly low interest rate environment and worries over a potential macroeconomic slowdown.

So as the nation’s largest financial institutions prepared to open their books to the public this week, many observers expected that JPMorgan Chase and Goldman Sachs—as well as counterparts like Citigroup, Bank of America, Wells Fargo, and Morgan Stanley—would struggle to deliver the results they have in the recent past.

Instead, what we got was a mixed bag, and a window into how two of Wall Street’s biggest names are trending in considerably different directions.

JPMorgan was the first major bank to face the music on Tuesday morning, but the tune was rather sweet for the biggest American bank of all. As a universal banking player with sprawling consumer, investment banking, and asset management operations, the Jamie Dimon-led behemoth was able to deliver good news to its shareholders. (Citigroup, with a similarly robust consumer banking business, was also among the major Wall Street names to report positive results this week).

Revenues and profits were both up 8% from the same quarter last year, exceeding analysts’ expectations and sending JPMorgan’s stock price to an all-time high of more than $121 per share. Consumer banking comprised nearly half of JPMorgan’s roughly $29 billion in revenues for the quarter, with the continued strength of the U.S. consumer driving growth across the bank’s credit card, mortgage and auto lending businesses.

Yet JPMorgan’s investment banking operations also performed well. Revenues across its corporate and investment bank division were up 6%—thanks in part to an IPO underwriting business that, despite a high-profile failure in WeWork’s scuppered IPO, was increasingly active this year. In the capital markets, a 25% jump in fixed-income trading revenues offset a drop in equities trading, pushing JPMorgan’s overall markets revenues up 14% from the previous year.

On the bank’s earnings call, CEO Jamie Dimon was keen to attribute the bank’s growth in the capital markets to the more than $11 billion annually that it has earmarked for investments in technology across its businesses.

With the increased “deployment of technology and automated trading algorithms in swaps and FX and equities,” Dimon said it is “critical” for the bank to “keep up with the technology in a very competitive business where market share matters.”

Goldman Sachs, meanwhile, held its earnings call later that morning. Though the firm has long been considered at the vanguard of Wall Street’s tech revolution, CEO David Solomon—also known for his skills in the DJ booth—had to face music of an entirely different tone and tenor.

Goldman’s third-quarter profits fell 26% from the previous year on revenues that were down 6%, to just over $8.3 billion. The firm’s core investment banking business saw revenues slip 15% as it cited lower activity across both its mergers and acquisitions advisory and its equity underwriting businesses—two areas in which Goldman claims a #1 worldwide ranking.

There was also a 40% drop in revenues from the bank’s own investing activities. Goldman’s positions in newly public firms Uber, Avantor and Tradeweb, in particular, drove a $267 million loss within its $2.3 billion public investment portfolio, while its private equity portfolio was hurt by an $80 million loss on its stake in beleaguered coworking unicorn WeWork.

Of course, Goldman Sachs doesn’t yet have a significant consumer banking business on which it can rely on for revenues amid headwinds in the capital markets—though not for lack of trying. Solomon was keen to talk up the bank’s fledgling forays on the retail side, including personal savings and lending arm Marcus by Goldman Sachs and the much-hyped Apple Card, which he described as “the most successful credit card launch ever.”

“Our competitive advantage is that we have no legacy, branch or technology infrastructure, avoiding channel conflicts,” Solomon said of Marcus. “And yet we are a bank with a sizable balance sheet and a well-recognized brand, which is needed for successful disruption.”

Since launching in 2016, Goldman has grown Marcus to the tune of more than 4 million customers, $55 billion in deposits, and $5 billion in loans. But it’s also shelled out a pretty penny to get it there; the bank said it has spent around $450 million this year to date on expenses related to Marcus, Apple Card, its newly-acquired financial management firm United Capital, and a new transaction banking platform.

Those expenditures have put a drag on Goldman’s return on equity to its investors, Goldman CFO Stephen Scherr acknowledged—a trend that the bank expects to reverse “as these businesses scale over the coming years.” And Solomon said Goldman would continue to invest in its new consumer verticals, as well as tech-enabled trading platforms on the institutional side of its business, despite concerns that it could hinder results in the near-term.

“We historically have been an institutional business that’s very capital market-sensitive,” he noted. “We are taking the opportunity to grow more fee-based, durable recurring revenues, but that will take some time.”

Goldman could see “real contributions from some of these investments that we’re making over the next three-to-five years,” Solomon added. “But I understand, in the context of short-term catalysts, that that might feel like a long time.”