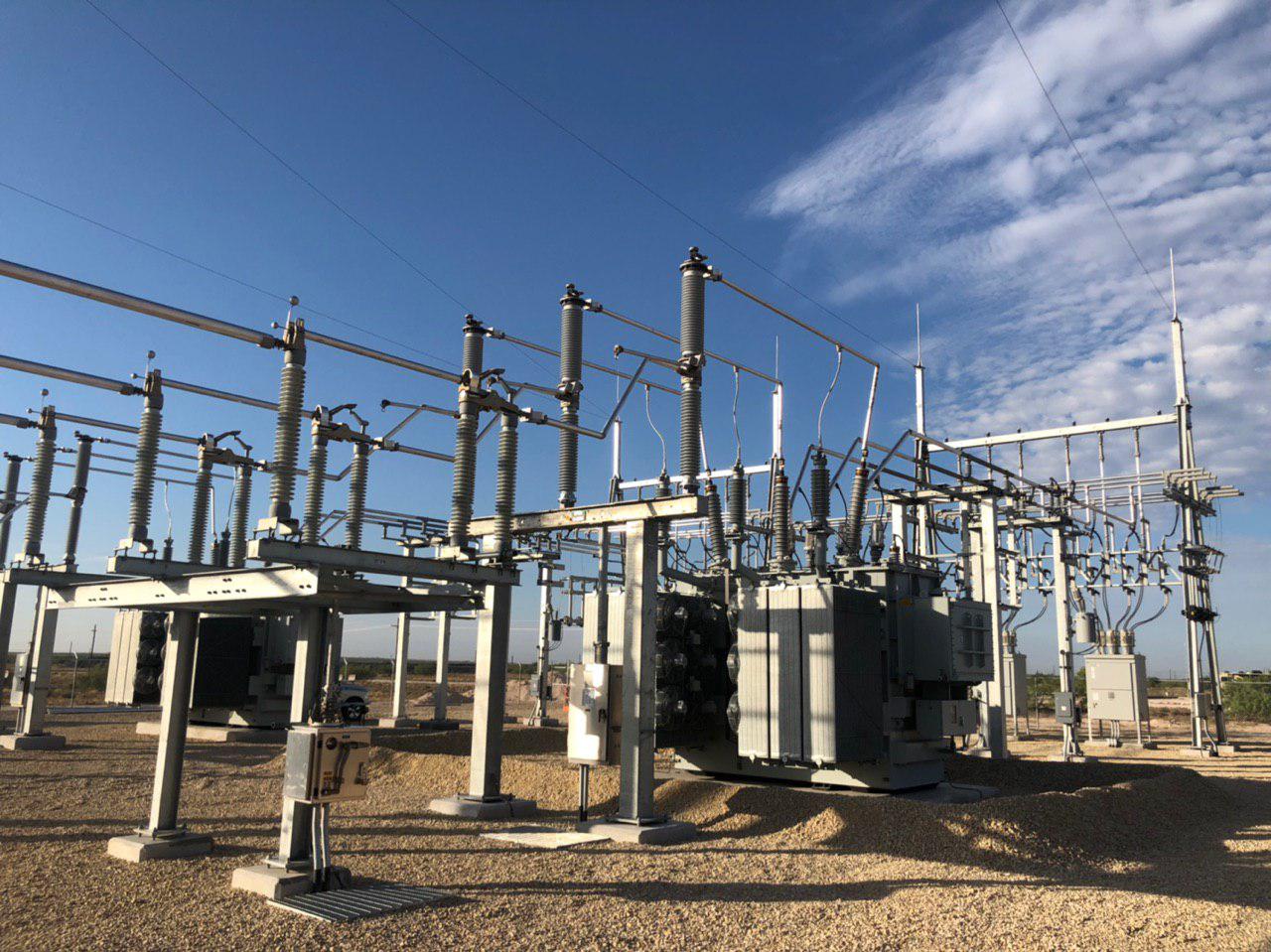 Two 50 megawatt transformers at Layer1's electricity substation. Layer1 wants to be the world's biggest Bitcoin miner by controlling everything from chip manufacturing to electricity production.
Image courtesy of Layer1

When it comes to producing Bitcoin, China is the pre-eminent power in the world. The People’s Republic boasts the largest mining companies, and dominates the manufacture of chips and other equipment used to mine Bitcoin. A U.S. startup wants to change all that with a bold plan to make Texas the global hub of Bitcoin mining.

On Tuesday, San Francisco-based Layer1 announced it has raised $50 million from billionaire Peter Thiel and others to move forward with its plan, which includes running its own power sub-station and purchasing solar and wind energy produced on the plains of West Texas.

According to co-founder Alex Liegl, Layer1’s facility will consist of dozens of acres that lie 150 miles west of Midland, Texas—”literally in the middle of nowhere”—and will rely on a proprietary new technology for cooling the chips used to mine Bitcoin.

Bitcoin mining, which consumes large amounts of electricity, typically takes place in colder areas where it is easier to prevent equipment from overheating. Layer1, however, believes its cooling technology will make Texas a viable location despite the heat. The state also offers additional benefits in the form of light regulation and cheap power.

One Bitcoin is currently worth around $8,300—well off its all time high of nearly $20,000 in late 2017 but still much higher than 2016 when it traded as low as $300. Under Bitcoin’s mining system, miners compete to win an award distributed every ten minutes or so. Currently, the reward is 12.5 Bitcoins—a figure that will halve to 6.25 next May.

Liegl says Layer1 aspires to be the biggest Bitcoin miner in the world by controlling all aspects of the process—from chip manufacturing to electricity production to cooling. In the longer term, the company plans to use its mining facilities as a base layer for a larger cryptocurrency enterprise that will include financial services.

Layer1 launched in late 2018, with Liegl then describing it as an “activist fund for cryptocurrencies” that would invest in protocols, including a privacy focused project called Grin. At the time, the startup did not disclose mining aspirations, and raised a modest $2.1 million from Thiel, Digital Currency Group and the late investor Jeffrey Tarrant.

“From an ideological perspective, for Bitcoin to grow into its multi-trillion potential, it needs a U.S. company to lead,” says Liegl. “This ideology resonates with Peter [Thiel] and our other investors.”

Despite Layer1’s large ambitions, its backers—which also include Shasta Ventures and undisclosed wealthy cryptocurrency owners—are keeping a decidedly low-profile for the new investment, which gives Layer1 a valuation of $200 million. Thiel and other investors declined to be interviewed for this story.

Crypto mining in recent years has been a ferociously competitive business, but Layer 1 believes changes in the industry have provided an opening to wrest market power from China.

In the early years of Bitcoin, from 2009 to roughly 2013, it was viable to mine the cryptocurrency by using a home laptop, like Liegl did when he got his start mining Bitcoin in his Stanford University dorm room. The mining process involves solving random math problems that determine who will build the next block on Bitcoin’s blockchain—a tamper-proof ledger of transactions. The first to solve the math problem also receives a reward in the form of Bitcoins.

As the cryptocurrency caught on and prices soared, however, companies began designing special computers optimized to mine Bitcoin. This in turn led miners to join crypto mining pools—combining their computing power in order to share the proceeds whenever a member receives a Bitcoin reward.

China has dominated the Bitcoin mining industry—estimates say it accounts for around 60% of production—in large part because its government has provided miners with cheap access to electricity. The leading company has been Beijing-based Bitmain, which runs two massive mining pools and is also the leading seller of the specialized chips now needed to mine Bitcoin.

But Bitmain has stumbled in recent months. While the company’s 33-year-old CEO boasted in mid-2018 of grand plans to use artificial intelligence to further dominate the mining world, Bitmain has since suffered large losses and had to lay off half of its staff of 3,000.

Bitmain’s troubles weren’t the only factor revealing an opening in Bitcoin mining for Layer1. Liegl says the dynamic of mining has shifted. He thinks buying the latest custom chips previously gave miners an edge, but now the tech has become commoditized.

Under this thesis, Layer1 believes its plans to develop “full-stack” operations in West Texas will let it capture market share—in part because it won’t be vulnerable to third party suppliers raising prices when the price of Bitcoin goes up.

An industry in flux

In moving into West Texas, Layer1 may have to tread cautiously given that the region has been burned by the cryptocurrency industry in the past. In July, Wired magazine ran a feature article describing how Bitmain promised the town of Rockland, Texas hundreds of good jobs operating mining pools, but then abruptly pulled out, despite a concerted good-will campaign by local officials.

Liegl, who says his colleagues at Layer1 include veterans of Apple, Google, and Goldman Sachs, plans to proceed much differently. He says the company will be respectful of government officials, and local sensibilities.

If Layer1 can successfully become a major force in the mining world, the company’s presence could shake up the geo-politics of Bitcoin. In recent years, there have been fears that China’s dominance could lead miners in that country to collude in order to manipulate records on the blockchain that records all Bitcoin transactions. If American companies can make major inroads into mining, Liegl says, Bitcoin will become more decentralized—a key tenet for the cryptocurrency’s supporters.

Layer1 isn’t the only North American company to plan a big move into crypto mining. Canada-based Blockstream, a consultancy with ties to many Bitcoin insiders, revealed it is building massive data centers for Bitcoin mining in the province of Quebec and in Adel, Georgia.

“There’s definitely an opportunity to take away market share from some of the other firms,” says Samson Mow, Blockstream’s chief strategy officer. “(Specialized chips) have started to reach their limits in terms of efficiency, so the playing field will continue to level off.”

—Digital assets will ‘trickle, trickle, trickle—then flood,’ State Street exec says
—Credit Karma is launching a savings account, but ‘high yield’ is relative—IRS’s new cryptocurrency rules create ‘messy’ problems for industry
—Ripple CEO not bullish on Facebook’s ability to launch Libra cryptocurrency
—7 CEOs on the future of Bitcoin
Sign up for The Ledger, a weekly newsletter on the intersection of technology and finance.