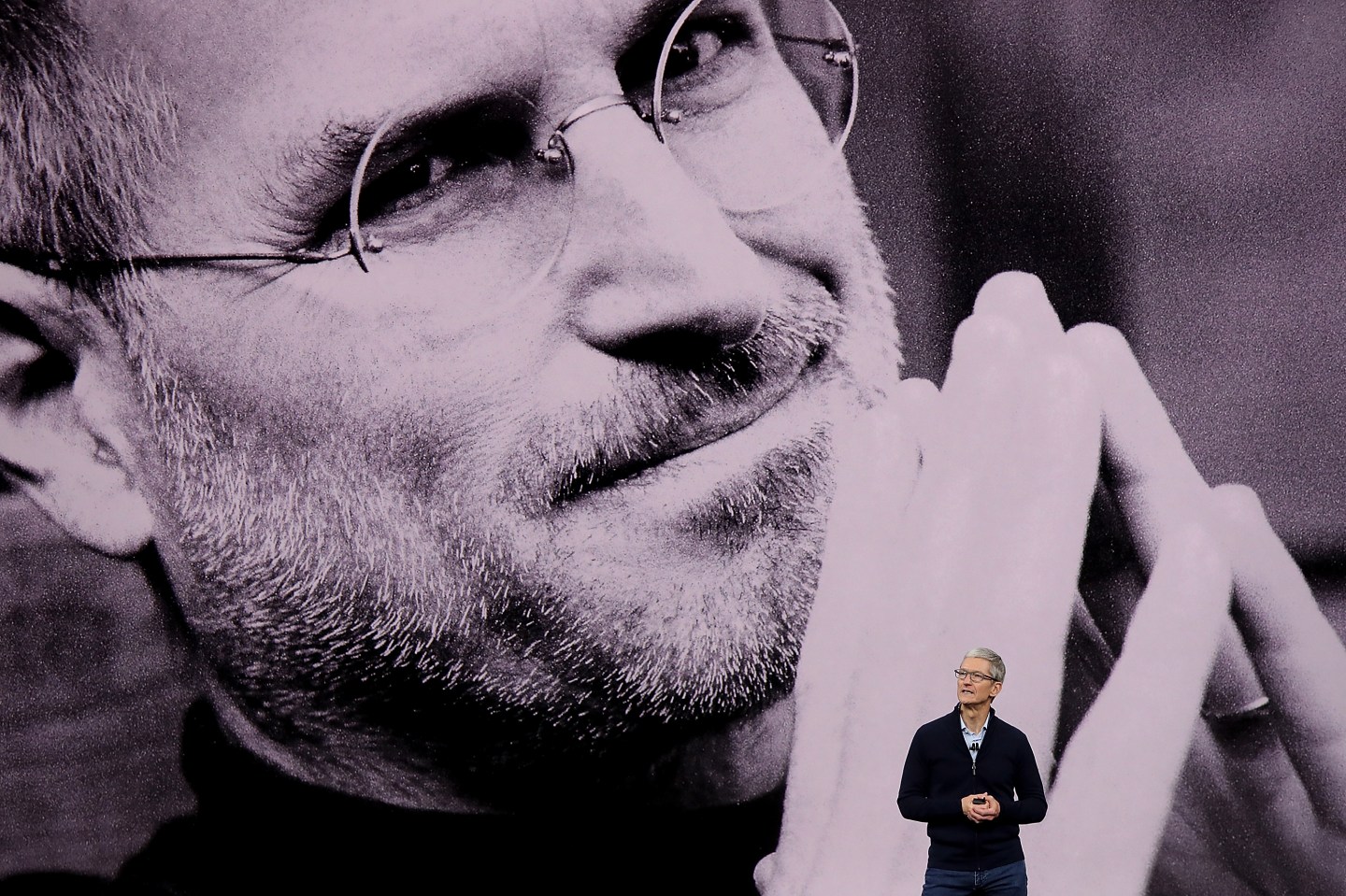 CUPERTINO, CA - SEPTEMBER 12: Apple CEO Tim Cook speaks during an Apple special event at the Steve Jobs Theatre on the Apple Park campus on September 12, 2017 in Cupertino, California. Apple is holding their first special event at the new Apple Park campus where they are expected to unveil a new iPhone. (Photo by Justin Sullivan/Getty Images)
Justin Sullivan—Getty Images

Apple, along with CEO Tim Cook and another top executive, filed a friend of the court brief on Wednesday, urging the Supreme Court to stop the Trump administration from ending the Obama-era DACA program that protected hundreds of thousands of young undocumented immigrants, known as Dreamers, from deportation.

The nine justices of the Supreme Court are expected to hear oral arguments in a lawsuit sometime this fall. Their ruling could impact what happens to the estimated 700,000 young undocumented immigrants living and working in the United States.

Apple has filed several briefs in support of DACA, which is short for Deferred Action for Childhood Arrivals, however Wednesday’s brief on marks the first time Cook and Deirdre O’Brien, Apple’s senior vice president of retail and people, have personally signed their names to a brief. Friend of the court briefs allow anyone with an interest in a case to submit information to the court.

“Our interest in this case is simple: We are distressed at the prospect of ripping our DACA colleagues from the fabric of our company,” Cook and O’Brien wrote in the brief. “This issue is a moral one: Our country made a deal with a highly vulnerable population interested in a bright future, and we should keep that deal.”

DACA lets the undocumented children of immigrants who came to the United States before the age of 16, and before 2007, to avoid deportation. Apple’s brief argues that if those protections go away, Apple and other companies will lose out on having talented employees who are already making a contribution across every sector.

Apple currently employees 443 Dreamers across 36 states. These employees are from 25 different countries. At Apple, they’re hardware and software engineers, technicians, retail store geniuses, and support specialists, according to the company. The brief also profiles Dreamer employees at Apple, along with input from their supervisors who describe the valuable contributions they’ve made to the company.

“We did not hire them out of kindness or charity,” the filing says. “We did it because Dreamers embody Apple’s innovation strategy. They come from diverse backgrounds and display a wide range of skills and experiences that equip them to tackle problems from different perspectives.”

“They simply want the opportunity to work, meet their obligations to society, raise and support their families, and pursue the American dream,” Cook, O’Brien, and Apple say in the brief. “We collectively have a moral obligation to uphold our end of the bargain. When we do, our country will be richer for it.”

Cook has previously spoken out in support of DACA in tweets, interviews, and television appearances. He’s called it “the biggest issue of our time.”

Apple was founded in 1976 by Steve Jobs, Steve Wozniak, and Ron Wayne. Jobs, the son of a Syrian immigrant became an especially integral figure in the company’s resurgence, introducing industry-changing products, including the iPhone, iPod, and creating the App Store.