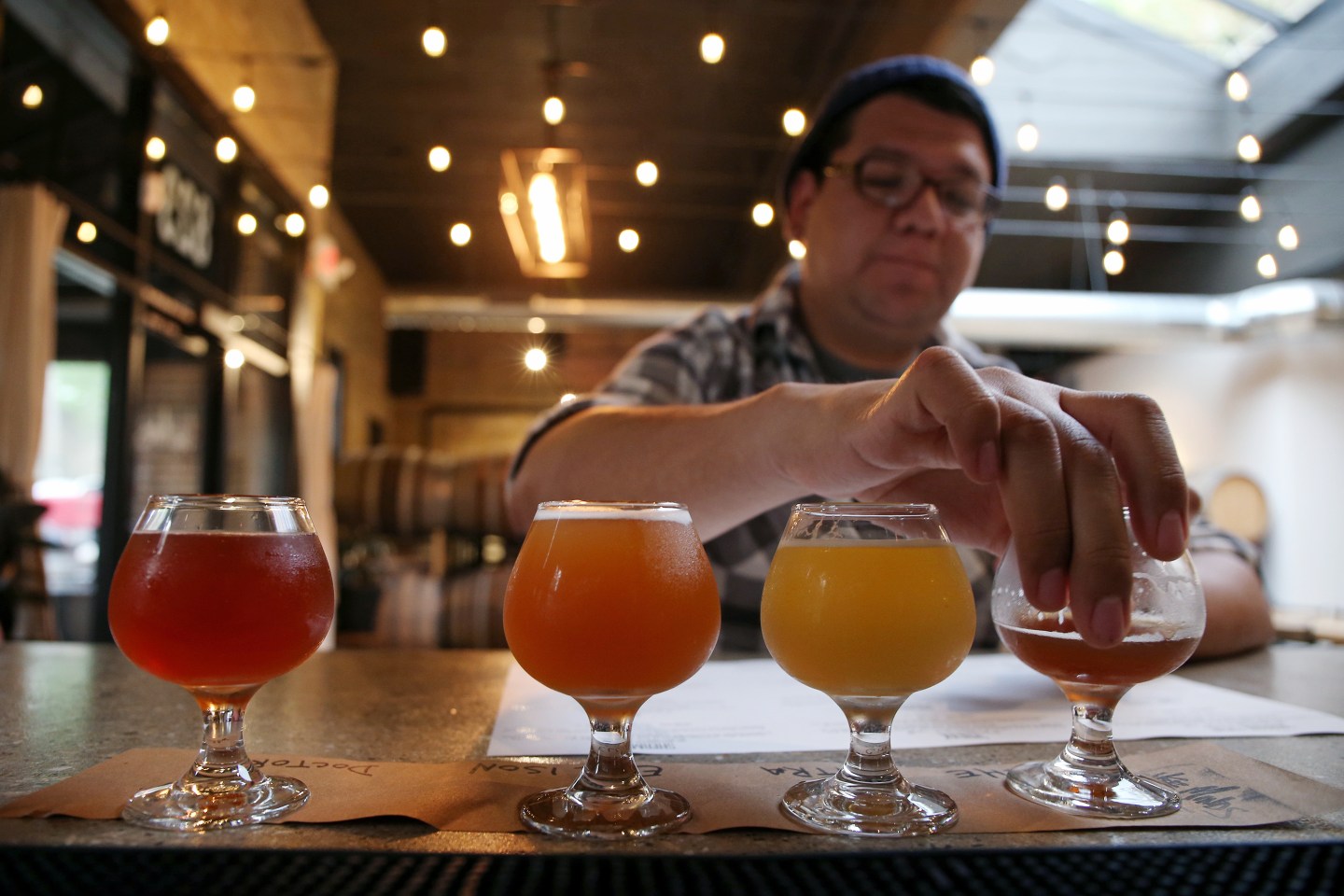 The days of eye popping growth for the craft beer industry might be behind it, but that doesn’t mean things are fading away.

The craft beer industry contributed $79.1 billion to the U.S. economy last year and was responsible for 559,545 jobs, according to the Brewers Association just-released 2018 economic impact report. That’s a 4% improvement from the 2017 numbers.

The numbers incorporate finances and employment at breweries, wholesalers and retailers.

California got the biggest craft beer’s economic bump, with $9 billion. Pennsylvania was second with $6.3 billion and Texas saw an impact of $5.1 billion. New York and Florida rounded out the top five.

“With small breweries in every state and nearly every congressional district in the country, craft brewers are a vital and growing part of the economy in cities and towns all across the country,” said Bart Watson, chief economist of the Brewers Association, in a statement. “Beer lovers are spending their dollars by supporting small and independent brewers in their local communities and across the country, and its positive impact is evident nationwide.”

The report comes a little over a week before the start of the Great American Beer Festival, which is widely considered the Super Bowl of the craft beer world, with over 4,000 different beers from 800-plus brewers being poured.

—A new distillery tells the true–and often untold–origin story of Tennessee whiskey
—The celebrity-branded liquor market is oversaturated
—Craft breweries are going hyper-local to source ingredients
—Some of California’s most famous wines came from a science experiment
—White Bordeaux wines are picking up steam. Here’s what you should know