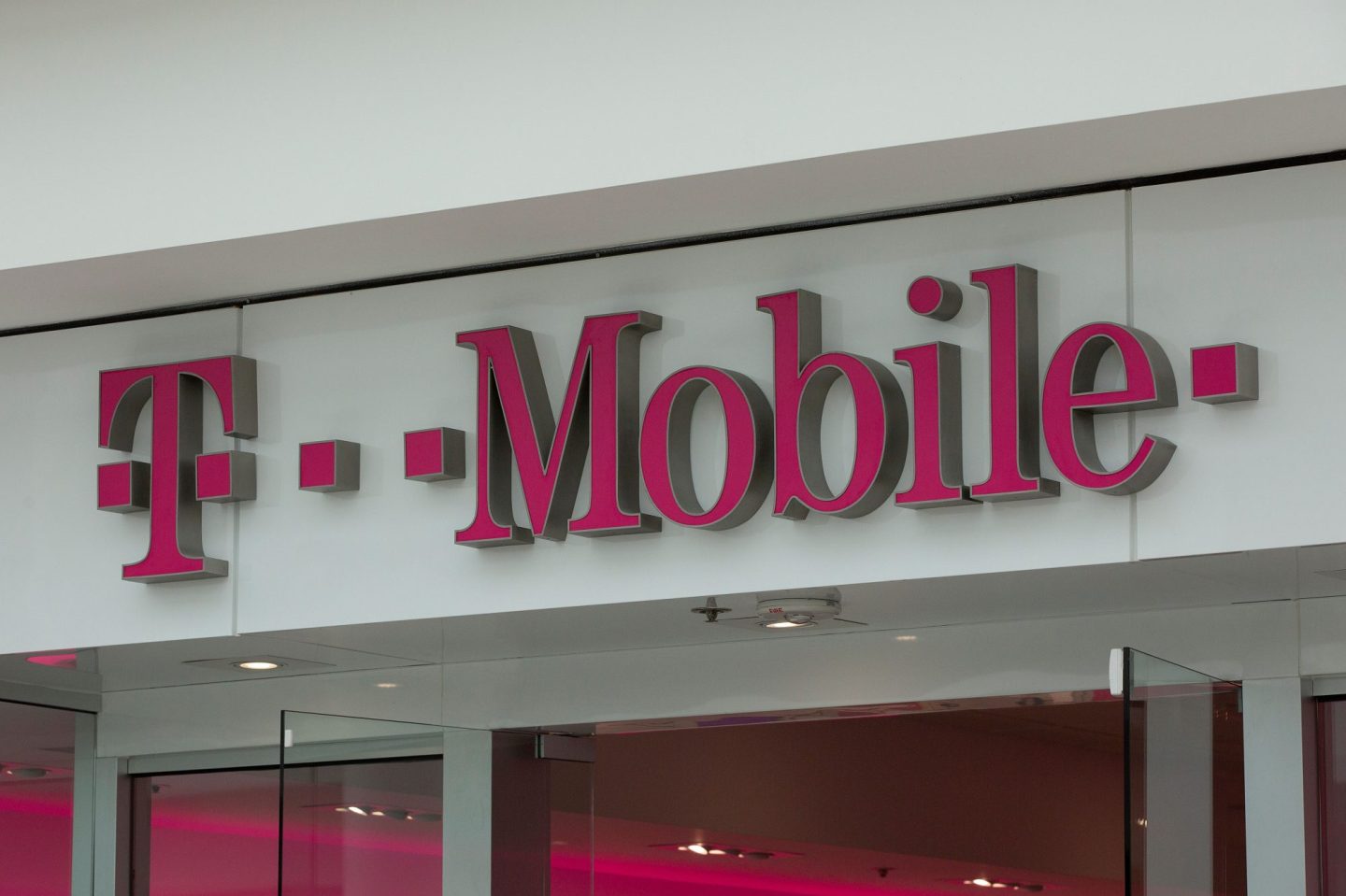 The T-Mobile logo is seen outside a shop in Washington, DC, on July 26, 2019. - US antitrust authorities approved the USD 26 billion merger of T-Mobile and Sprint in a deal that brings together the third- and fourth-largest wireless operators as the industry moves toward deployment of superfast 5G networks. (Photo by Alastair Pike / AFP) (Photo credit should read ALASTAIR PIKE/AFP/Getty Images)
Alastair Pike—AFP/Getty Images

Customers of T-Mobile who use Apple’s new credit card to pay their wireless bills in stores will get a rebate of 3% on their payments, as the carrier becomes the latest partner to help boost the usage of the Apple Card.

Apple’s credit card, which debuted last month, pays users rebates of 1% on normal card purchases, 2% on transactions using mobile pay, and 3% on purchases from Apple and a few other partners, now including T-Mobile, Uber, and Walgreens. With the new partnership, wireless customers who pay at a T-Mobile store and use the card on their mobile device to pay their bill, buy new Apple products, or pay for anything else will qualify for the 3% cash back rebate.

Apple’s new credit card, actually a Mastercard offering run by Goldman Sachs, is fighting for market share in the credit card market crowded with other rewards cards from the likes of JP Morgan Chase, Capital One, and American Express. The 3% rebate level is among the highest in the industry for a no-fee card, though some retailers like Target offer customers 5% back for purchases in their stores. Apple is also making the card more appealing by forgoing typical fees and charges, like late and over-limit fees.

T-Mobile timed its announcement to coincide with the debut of Apple’s three new phones, the iPhone 11, iPhone 11 Pro, and iPhone 11 Pro Max, which go on sale on Friday. The carrier said it was offering up to 50% off the new Apple phones with the trade-in of an older model phone and a 24-month payment plan. The 3% rebates apply to purchases of iPhones and other Apple gear purchased at a T-Mobile store. But the higher rebate level does not yet apply to online purchases, T-Mobile said.