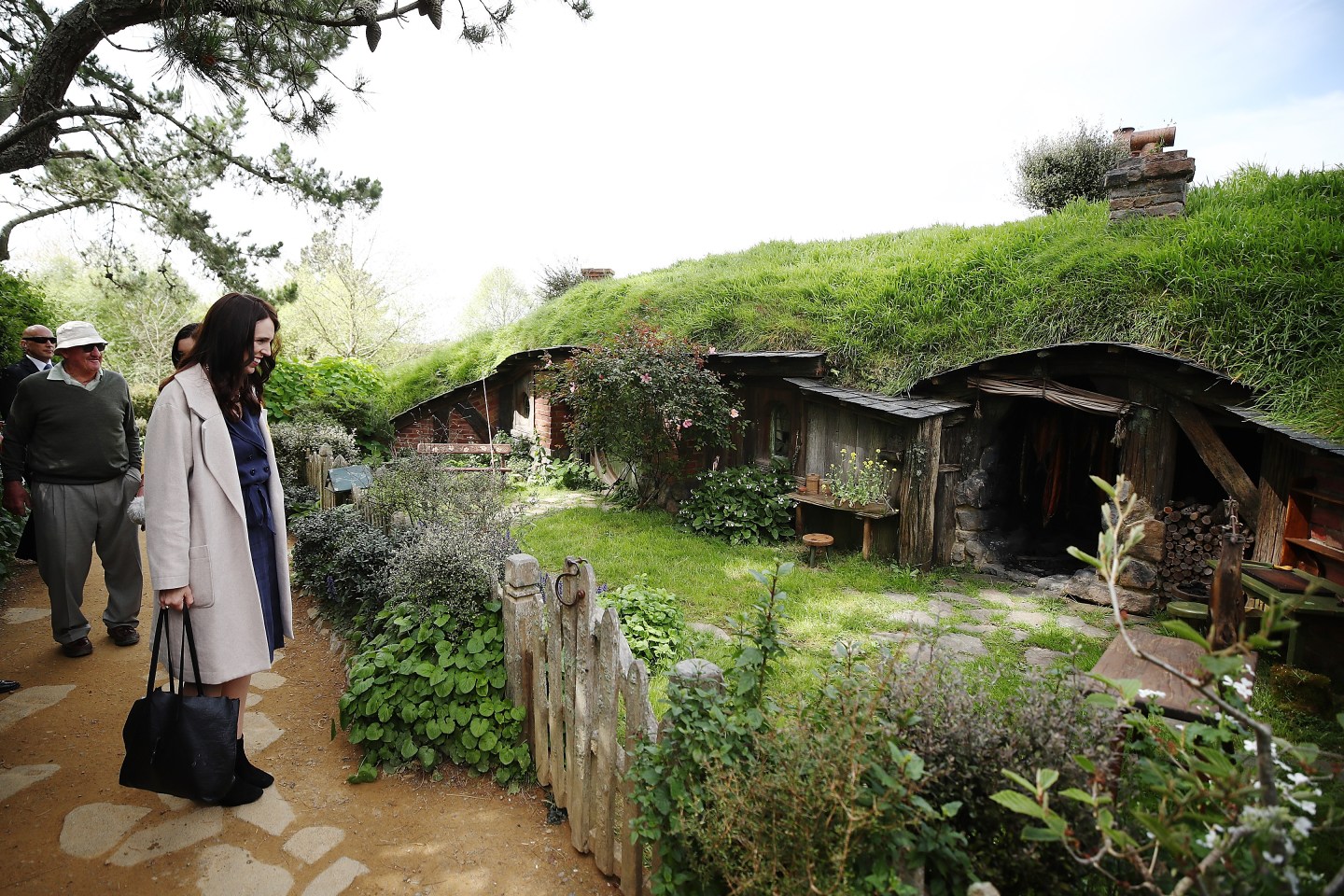 The e-commerce giant’s production studio confirmed Tuesday that its unprecedentedly expensive Lord of the Rings TV series, set before the events of Peter Jackson’s hit movies, will like those films be shot in New Zealand.

“As we searched for the location in which we could bring to life the primordial beauty of the Second Age of Middle Earth, we knew we needed to find somewhere majestic, with pristine coasts, forests, and mountains, that also is a home to world-class sets, studios, and highly skilled and experienced craftspeople and other staff,” said showrunners J.D. Payne and Patrick McKay in a statement.

The news was rapturously welcomed by New Zealand’s government.

“This is a sought after production and fantastic news for New Zealand’s screen sector and our economy,” said Economic Development Minister Phil Twyford. “This will be an ambitious production and having it based here will create a range of benefits, including jobs and significant overseas investment, which will unlock more opportunities to grow our creative and technology sectors.”

The country’s government had heavily lobbied for Amazon’s series (priced north of $1 billion) to be filmed there. Local media reported in July that Prime Minister Jacinda Ardern had personally spoken with CEO Jeff Bezos to reassure him after the Christchurch attacks—and that Scotland, which also features the aforementioned coastlines, forests and mountains, lost out on the production due to uncertainty around Brexit.

But what does the win really mean for the New Zealand economy?

The most direct impact is on the Kiwi screen industry, which already received a huge boost from the earlier Tolkien adaptations. Jackson’s Lord of the Rings films, and the subsequent Hobbit trilogy, helped make the country a go-to destination for crews in search of glorious landscapes.

Avatar and its sequels, Disney’s live-action Mulan, and other Jackson productions such as King Kong were or are all being shot in New Zealand.

The earlier Middle Earth films also provided a notable boost for the Kiwi tourism sector, though the effect is difficult to quantify.

Surveys of incoming tourists after the original trilogy suggested less than 1% were inspired to visit the country because of those films. But by the time the later Hobbit productions rolled around, the New Zealand government was more actively promoting the association. This trilogy apparently had more of an effect, with 13% of tourists saying they played a part in their decision to visit.

The government estimated the value of the Hobbit effect at anywhere between $50 million and $500 million.

But New Zealand’s Tolkien love affair has its complexities.

For one thing, the New Zealand government offers studios subsidies of up to 25% for their spending in the country. It had been considering cutting those subsidies, due to the impact on taxpayers, but last year it backed down in the face of lobbying from a film industry that argued it would not exist without those handouts.

And then there’s the labor law issue. This came to a head during the filming of the Hobbit trilogy, when Warner Bros. threatened to take its production elsewhere if the government did not loosen its rules for the film industry. The New Zealand Supreme Court had ruled that a contractor at Jackson’s Weta Workshops special-effects firm was legally an employee, and the studio was furious.

As a result, the government introduced what (in all seriousness) became known as the “Hobbit Law,” specifically excluding film workers from being classified as employees, and instead relegating them to an independent-contractor status that precluded them from being able to unionize.

Ardern’s Labour party campaigned against the Hobbit Law while in opposition, but once in power it backed down somewhat. A few months ago, it decided not to repeal the law, but rather to allow film-industry contractors to collectively bargain.

And now the most expensive TV production in history is heading to the country that, earlier this decade, briefly stamped visitors’ passports with the phrase, “Welcome to Middle Earth.”