Why Is There a Special Election in North Carolina? Here’s What Happened 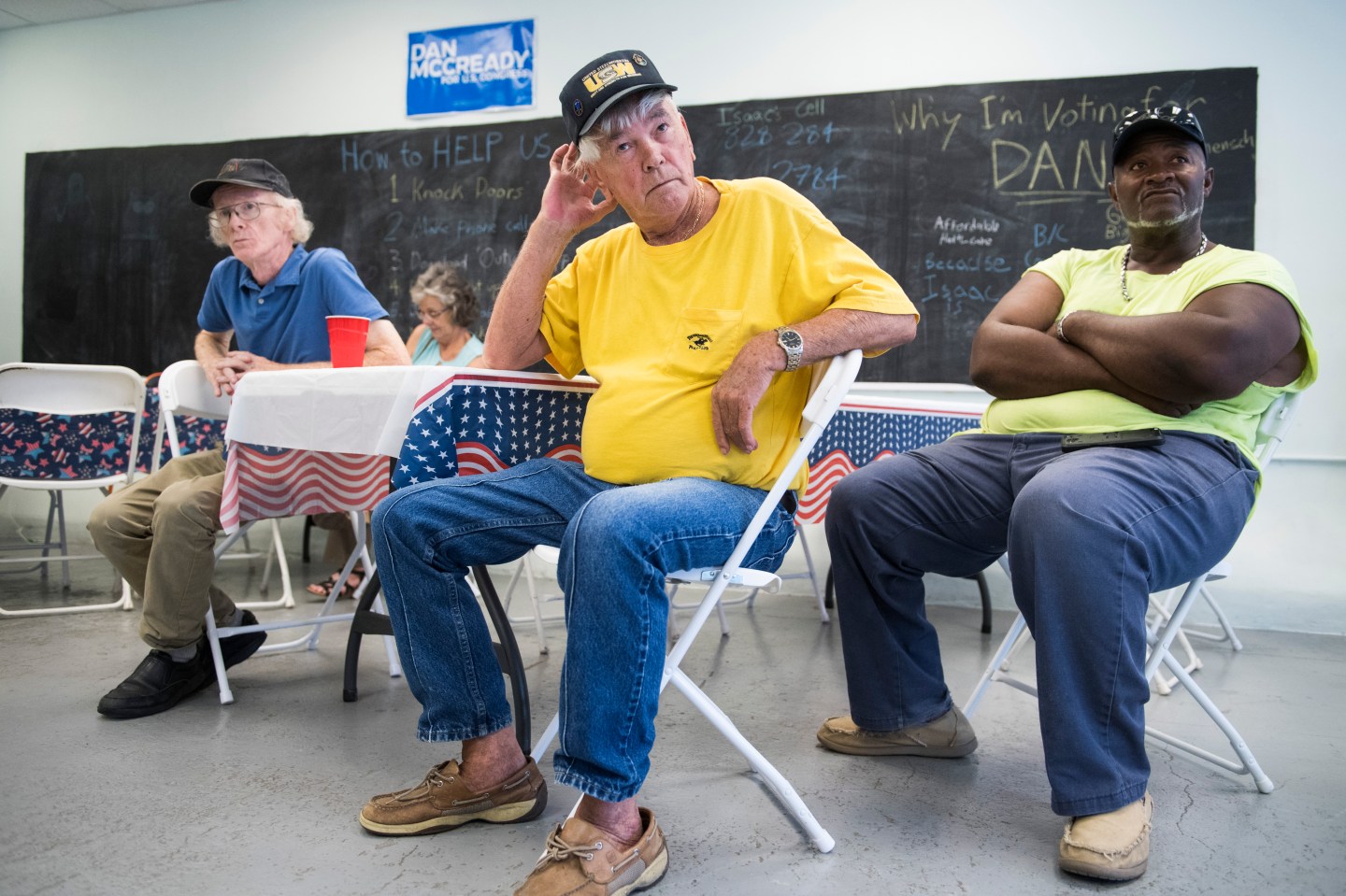 It’s been 10 months since the 2018 midterm elections, but the voting isn’t quite over.

Residents of North Carolina’s 9th District are heading to the voting booths Tuesday to elect a new representative. But why is there a special election?

Why there is a special election

Back in November, Democrat Dan McCready faced Republican opponent Mark Harris. Although this area has long been a Republican stronghold, Harris appeared to defeat McCready by just 905 votes.

Before the results could be certified, however, evidence of ballot fraud surfaced. The state election board conducted an investigation, concluding in February that a political operative working for Harris was at the helm of a scheme to illegally collect and tamper with absentee ballots. The board voided the election result and ordered a special election.

Who’s running in the special election?

After election officials called a new election, Harris quickly decided not to run again. McCready, who hasn’t stopped running, has been campaigning for 27 months. The 36-year-old businessman and Iraq War veteran is running on a moderate platform. His motto is “country over party,” and he has largely focused his campaign on his record of military service. The creator of a company that financed solar energy projects, he has also emphasized his environmental work and run on the healthcare affordability platform that brought many Democrats to victory in 2018.

Republicans nominated North Carolina state Sen. Dan Bishop to run against McCready in May, defeating nine other candidates. Bishop is a conservative known for his role in passing the state’s “bathroom bill” that required transgender individuals to use the bathroom associated with the gender identity that appears on their birth certificate. Bishop has been endorsed by the NRA and has received support from President Trump, who stumped for the candidate on Monday.

Who is expected to win the special election?

This part of North Carolina has not been represented by a Democrat since the early 1960s. Trump himself won the district by 12 points in the 2016 election.

Many believe this election could have repercussions for the coming one in 2020, seeing it as a referendum on Trump. Outside groups have therefore injected millions into the race in the hopes of swaying the results. If McCready wins, it could also spur further Republican retirements in the House, already comfortably in the double digits.

Despite this, most polls suggest the race will be a toss-up. Democrats have a voter registration advantage in the district, but turnout for special elections is notoriously low. Ultimately, the race could be decided by whoever decides to turn up.