Is Joe Biden Preparing to Lose In Iowa? His Campaign Says the Caucus Isn’t Must-Win 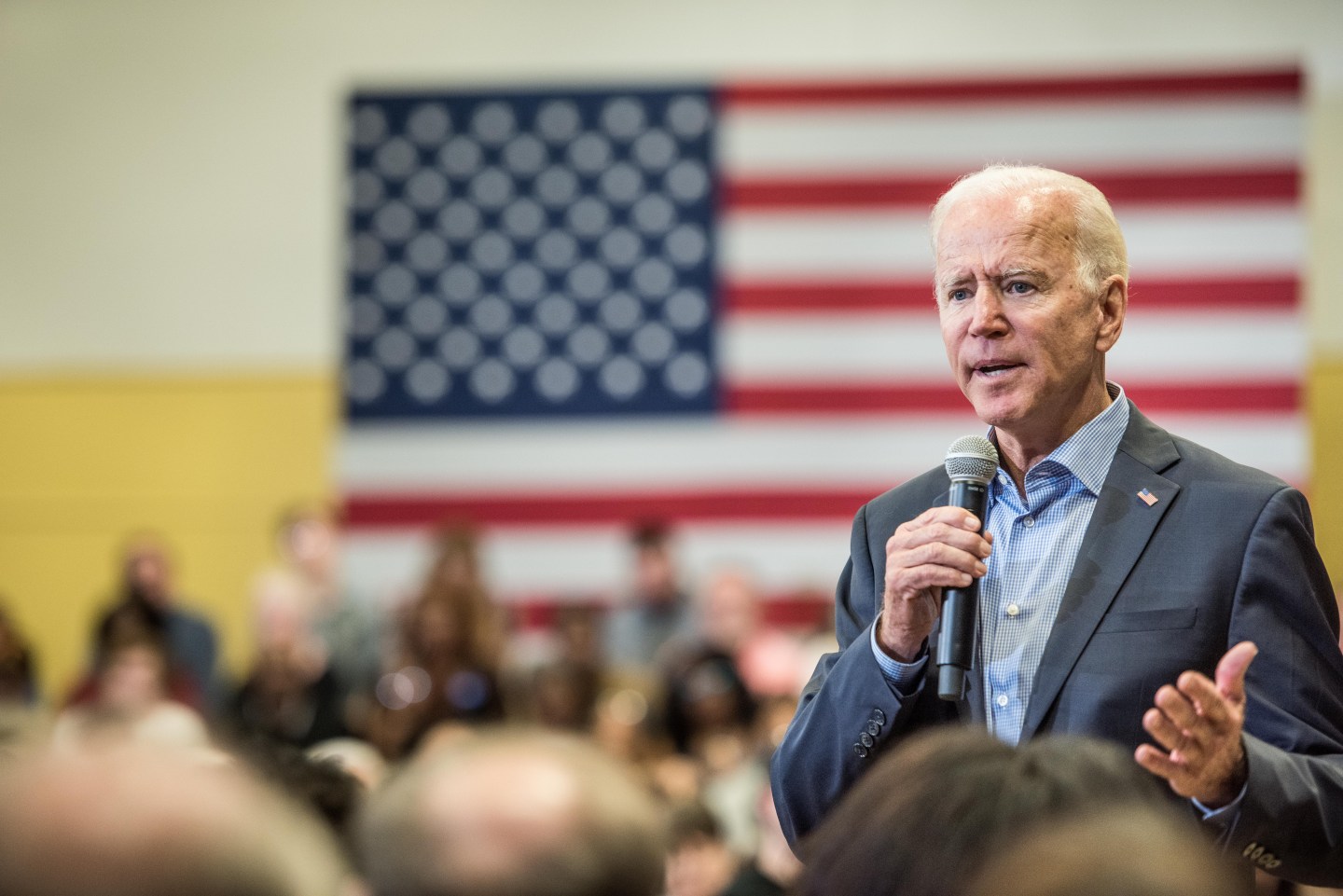 Democratic presidential front-runner Joe Biden’s campaign argued Tuesday that his case for electability will still be strong even if he loses the first party contest.

A top Biden campaign official said the former vice president may not win the Iowa caucus, and the race likely will remain competitive far beyond the first four primaries and caucuses. The official and two others briefed reporters on the condition of anonymity.

The official’s comment, effectively hedging for a potential loss in the first-in-the-nation nominating contest, is at odds with Biden’s repeated message to voters and interviewers in Iowa that the state holds “the key to the kingdom.” The official also said the campaign expects polls in early primary and caucus states — where Biden largely leads — to get tighter as more voters tune into the race.

The race will likely become a battle between three or four candidates, the official said. At the very least, a second official said, the former vice president’s campaign sees Biden along with Senators Elizabeth Warren and Bernie Sanders as likely to stay in the race well past Super Tuesday at the beginning of March.

The most recent Iowa caucus poll, conducted by Monmouth University and released Aug. 8, had Biden leading the race at 28%, with Warren in second at 19%. California Senator Kamala Harris had 11% and all other candidates were in single digits. Biden’s standing improved by 1 percentage point — well within the margin of error — compared with Monmouth’s previous poll, in April. Warren gained 12 points.

Biden’s aides also sought to lower expectations for a Biden showdown with Warren during the Sept. 12 presidential debate in Houston, the first time the two candidates will share a debate stage.

The third official said that while the media is attempting to frame the debate as a clash between Biden’s centrist views and Warren’s more progressive platform, that’s not how many voters look at the race. And, the official added, there won’t just be two candidates on the debate stage, there will be 10.

—Will gaffes hurt Biden’s chances of a 2020 win? Strategists are divided
—These are the 2020 senate races to watch
—The Trump administration has been sued more than any other since 1982
—MSNBC climate change forum will give a voice to those denied the DNC debate stage
—Trump thinks he is winning the trade war, but the data tell a different story
Get up to speed on your morning commute with Fortune’s CEO Daily newsletter.