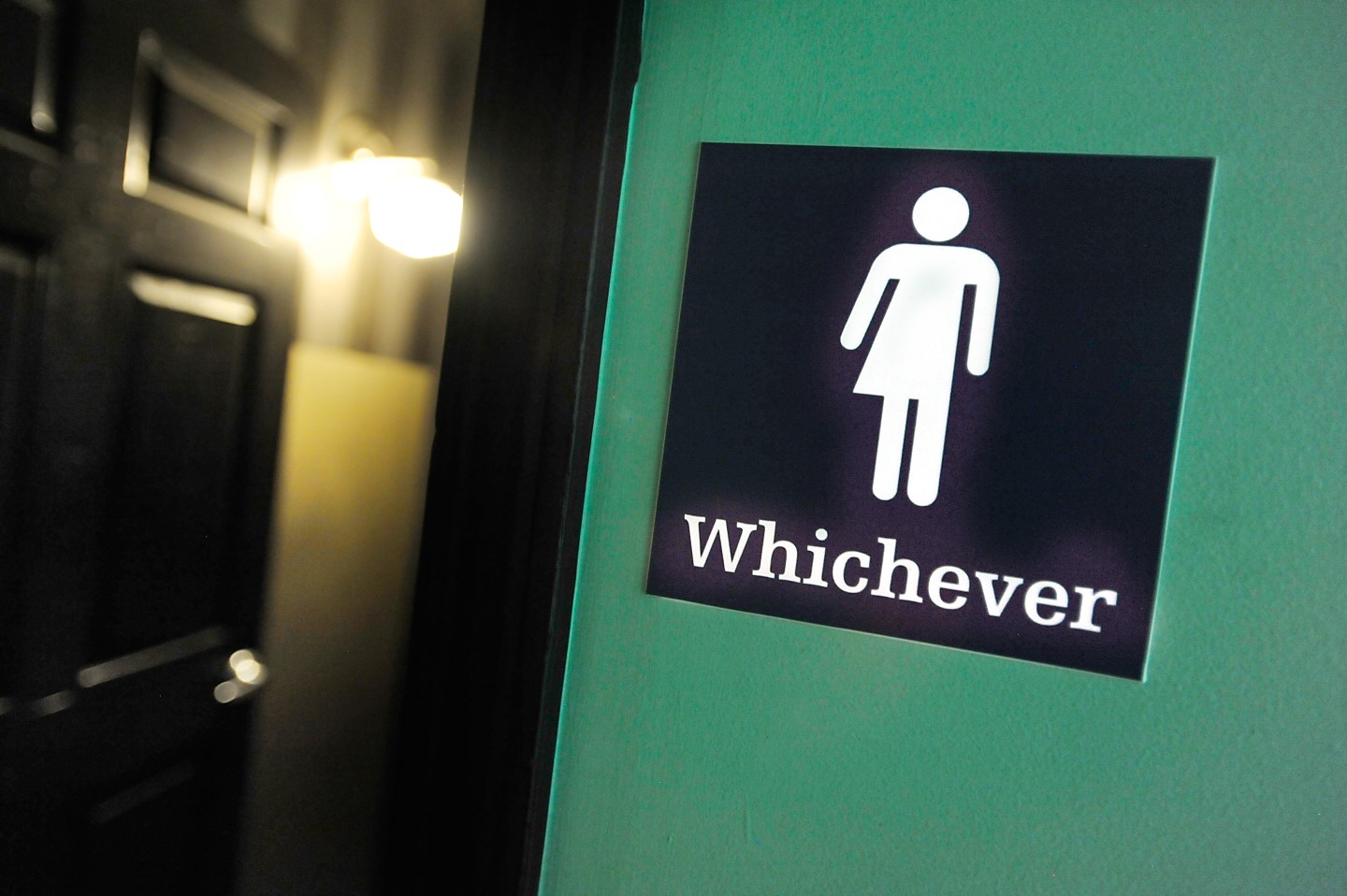 DURHAM, NC - MAY 11: A gender neutral sign is posted outside a bathrooms at Oval Park Grill on May 11, 2016 in Durham, North Carolina. Debate over transgender bathroom access spreads nationwide as the U.S. Department of Justice countersues North Carolina Governor Pat McCrory from enforcing the provisions of House Bill 2 (HB2) that dictate what bathrooms transgender individuals can use. (Photo by Sara D. Davis/Getty Images)
Sara D. Davis Getty Images

North Carolina on Thursday repealed a law regulating bathroom use for transgender people, hoping to lure back businesses and sports leagues that boycotted the Southern state because they saw the year-old measure as discriminatory.

Democratic Governor Roy Cooper signed the replacement bill into law after the Republican-controlled state Senate and House of Representatives approved it in separate votes earlier in the day in the capital, Raleigh.

It was unclear if the legislation would be sufficient to bring back the basketball games, concerts, financial firms and technology companies that abandoned North Carolina, costing its economy hundreds of millions of dollars.

The new measure rescinds House Bill 2, the so-called bathroom bill that required transgender people to use the bathrooms, changing rooms and showers in state-run buildings that correspond to the sex on their birth certificate rather than their gender identity.

But it also bars cities and school districts from enacting their own anti-discrimination rules for nearly four years, a compromise that drew harsh criticism from civil rights groups and advocates for lesbian, gay, bisexual and transgender, or LGBT, people.

Under the new law, transgender people are free to use the bathroom of their choice, but they also lack any recourse should any person, business or state entity eject them.