We’re in a Data Literacy Crisis. Could Librarians Be the Superheroes We Need? 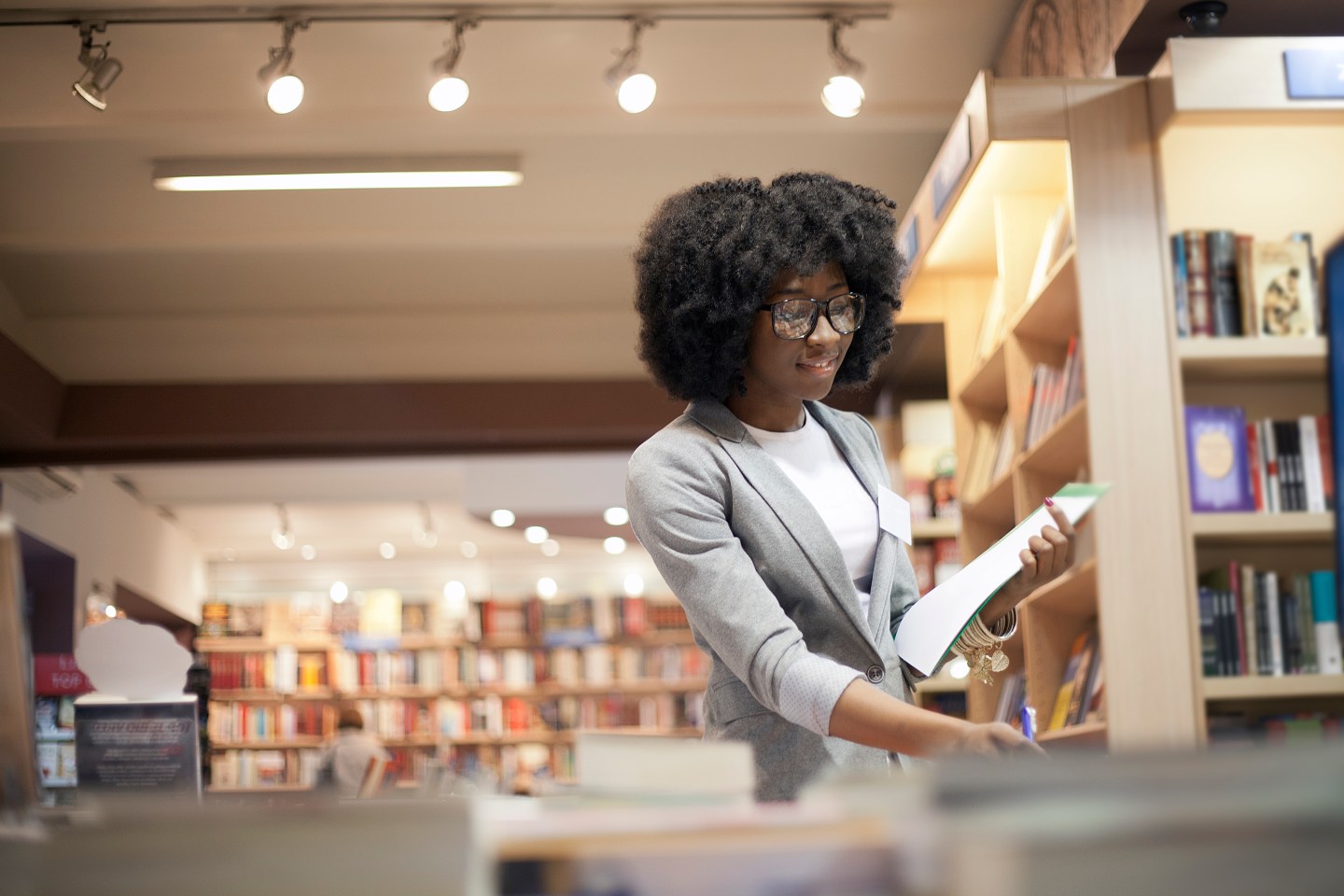 In his work, Chapters from My Autobiography, Mark Twain famously complained (and attributed to British Prime Minister Benjamin Disraeli), “There are three kinds of lies: lies, damned lies, and statistics.”

Imagine Twain’s frustration in today’s data-driven world. But he would have been in good company. Even as information, analytics, and statistics drive more decisions in our daily lives, we’re facing a data literacy crisis.

Qlik’s recently published global data literacy report found that just 24% of business decision-makers surveyed are fully confident in their ability to read, work with, analyze, and argue with data. Just 32% of the C-suite is viewed as data literate, potentially holding senior leaders back from encouraging their workforces to use data to their advantage.

Perhaps most surprising, 60% of U.S. workers 16 to 24 years old—people who have been raised surrounded by technology—are overwhelmed by the data they must read and analyze as part of their jobs.

The term “data literacy” has adopted different meanings, depending on context, but generally falls into two categories, says Kristen Fontichiaro, clinical assistant professor at the University of Michigan’s School of Information in Ann Arbor. The first is data science, or as she says, “the ability to wrestle with data, use tools like Python and R to make sense of it.”

But data literacy can also be defined from a more consumer perspective: When people encounter numbers, visualizations, and statistics, can they make good decisions about them?

In their research work, Leanne Bowler, associate professor at the School of Information at the Pratt Institute in New York City and Amelia Acker, assistant professor at the University of Texas at Austin’s School of Information took a broader approach to defining data literacy and data in their research, looking at the entire data life cycle from data discovery and aggregation to its organization, representation, preservation, and translation to broader audiences. And literacy may even encompass more than that.

“We’ve been thinking that data literacy includes knowledge about platforms, devices, data flows within infrastructural networks and really broad, even broader than that, about data in society such as the legal, ethical and social issues that shape data practices,” Bowler says. “Data literacy is really a complex mix of STEM skills, dispositions, and a pretty deep understanding of data in society.”

The fact that so many have trouble understanding and analyzing data is a big issue and it affects everyone, says Tasha Berson-Michelson, instructional and programming librarian at the Castilleja School in Palo Alto, Calif.. Prior to that, Berson-Michelson was a search librarian at Google.

“I think that some people who have been in the workplace over the last decade have grappled with these changes in how we’re collecting, accessing, and using data on the fly and in conversation with each other,” she says. And with the transformational changes technology has created, it can be difficult to keep up.

We’re collecting more data than ever and using it to make decisions. And the fact that we have trouble understanding it is making people cynical about its importance or truth, says Jordan Morrow, Qlik’s head of data literacy.

“Data is just data. It’s the abuse of data that is the problem. And if you could help every single individual in this world to be data literate, think about how powerful society becomes,” he says.

Conversely, issues arise when workers can’t think critically about data or provide context, Berson-Michelson says. Being able to look at the wording around a statistic and determine if it projects a biased view, or if you come across a mistake in an assumption about data, you have the ability to find out the right answer and use that to make decisions instead. On the other hand, inability to understand data and put it in context can lead to bad decision-making, and even illegal or unethical acts. For example as Fortune reported last year, Amazon had to kill its artificial intelligence-powered applicant tracking system because it couldn’t stop it from discriminating against women.

In this case, understanding the criteria on which the selections were made and having it reviewed in a diverse environment may have made the difference. “One of the reasons we really want students to develop data literacy skills is also so they see the limits of data and they understand how to combine it with other sorts of evidence to bring a fuller picture of the problem in front of them because the context is everything,” Berson-Michelson says.

The superheroes we need

Improving data literacy is going to require work from schools, employers, and individuals, Barrow says. The onus is on everyone to get better with information. While they’re often time- and resource-strapped, teachers can introduce more nonfiction texts with statistics and data points into their curricula and discuss how to understand, question, and investigate numbers to see the context and potential flaws, Fontichiaro suggests. Employers can invest in more training for workers to better understand data, Barrow adds.

The good news is that a hard-working legion of data literacy experts is working on equipping a new army of information warriors in the data literacy fight: librarians.

Berson-Michelson and Fontichiaro collaborated on a data literacy project for students and librarians. The project explained basic statistics, as well as concepts such as how to evaluate source quality, logical fallacy, emotionally evocative language. It helps librarians and others spot bias and bad info, helping them fine-tune their “BS meter,” Berson-Michelson says.

And while the toolkit was targeted at high school librarians, it began attracting everyone from Kindergaren teachers through college professors. “[W]hich spoke to me about the lack of support for educators,” Fontichiaro adds.

Bowler and Acker have also collaborated on research projects focused on youth and data literacy. Their Exploring Data Worlds at the Public Library project was designed to increase awareness of the unique data literacy needs of young people, as well as to assist librarians in helping young people better understand data.

Before taking on her latest teaching role, Berson-Michelson was a search educator at Google—essentially, a corporate librarian. There, she helped the information giant teach people, including students, search more effectively. But those who work at places with corporate librarians often have a rich resource to tap, she says.

“They’re not just data-driven, but they know how evidence that data mixes with expert testimony, with personal narrative, secondary research, how these pieces work together,” she says. “And well personally, my dream would be that every human being on earth would have a deep understanding of these things because I think it would benefit us as society in a build-versus-buy world of corporation. You can buy that in a librarian.”

Bowler agrees that librarians have a big role to play in improving data literacy. She points to New York City, where public libraries have begun to use civic data and create programs for children to work with that data, better understanding their own communities and neighborhoods. “I think there are 16,000 public libraries, and they’re no longer just warehouses for books, right? They’re really interested in community programming and civic education,” she says.

It’s not just about creating a legion of data scientists, Morrow says. “Let’s make sure that we give everybody ample opportunity through awareness and give them an opportunity to take courses on decision-making, on strategy, he says. “That right there will be the golden nugget to as this industrial revolution that is already in full swing.”