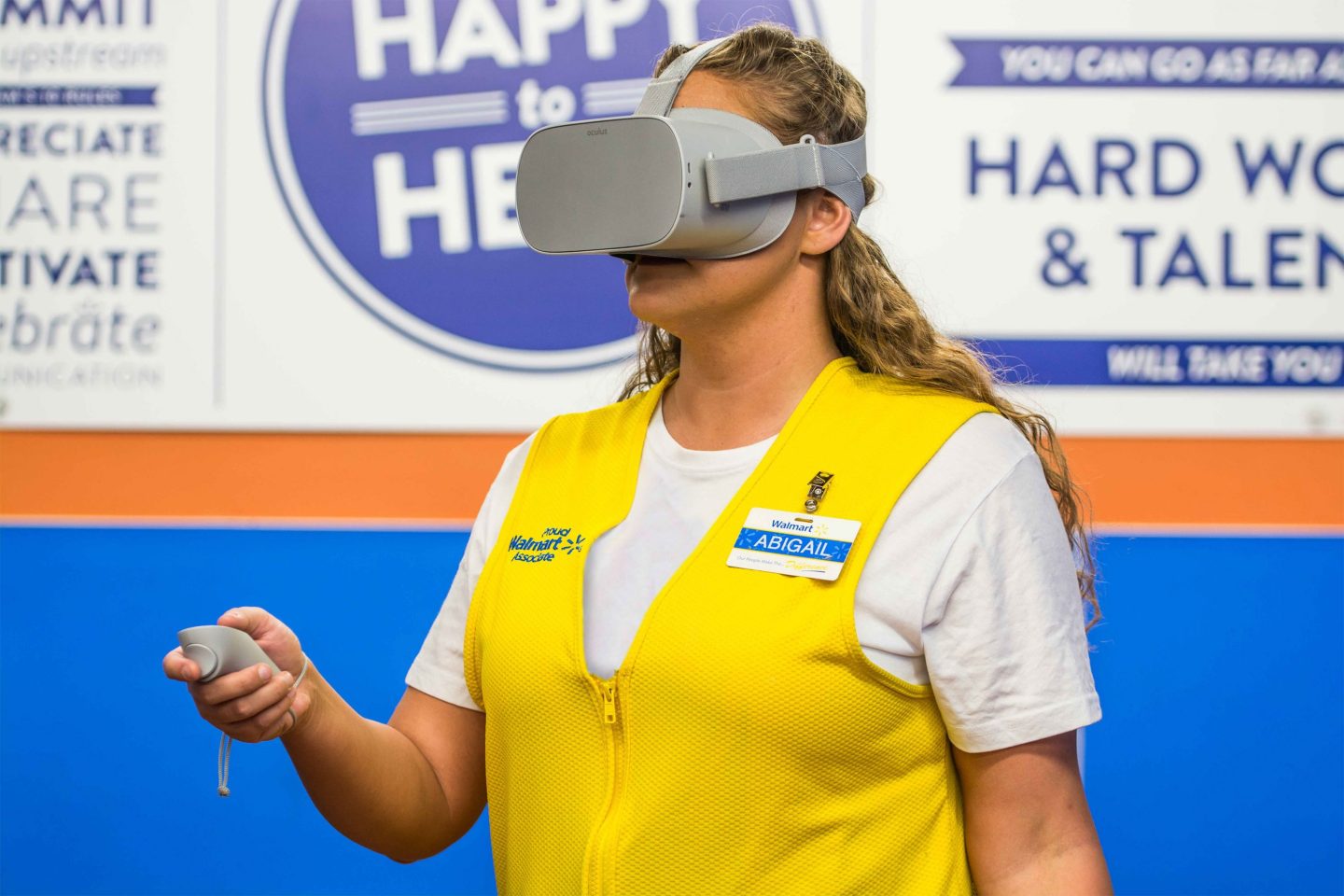 McMillon, speaking in an exclusive interview with Fortune, said management team members and associates at the Walmart store where the shooting occurred felt appreciative of the VR training and acknowledged its benefits in the wake of the seventh-deadliest mass shooting in the U.S. since 1949.

“I’ve done [the training] myself. And there’s something about doing that through VR that helps you, in some ways, live the experience and understand the steps that you need to take in an active shooter situation,” McMillon told Fortune.

“Because the management team [in El Paso] acted so fast and engaged other associates and executed the plan, we all feel very confident that lives were saved and seconds were gained,” McMillon added.

To develop the modules, Walmart works with VR software company Strivr, based in Menlo Park, Calif. Strivr was responsible for developing the active shooting module discussed by McMillon.

“There’s no way to prepare for this in the real world,” Strivr CEO Derek Belch told Fortune during a phone call Tuesday. “As far as training for what to do in that scenario, VR offers a medium that nothing even comes close to touching. We worked very close with Walmart and some of their safety partners for the specifics of how we should do this. It’s not a video game.”

“We went back and looked at security cam footage and built the module for how this may play out specifically in a Walmart store,” Belch added. “It’s not a generic environment; it helps with the learning and cognitive aspect because store associates can say, ‘I was literally in this store,’ or a store just like it with similar lights, colors, et cetera.”

Belch said that he has not spoken with McMillon in the wake of the El Paso shooting, but said a few store associates had reached out to Strivr to thank the company for the training.

The use of VR in crisis scenarios could increasingly find applications in corporate workforces. Strivr also develops training modules for Verizon store employees to handle store robberies. Belch calls these types of situations a “home run use case” for VR.

Belch says that in the wake of Walmart’s praise for the training modules, “phones have not necessarily been ringing off the hook,” but for Strivr’s current customers and potential clients the company is talking with, “those conversations are intensifying.”