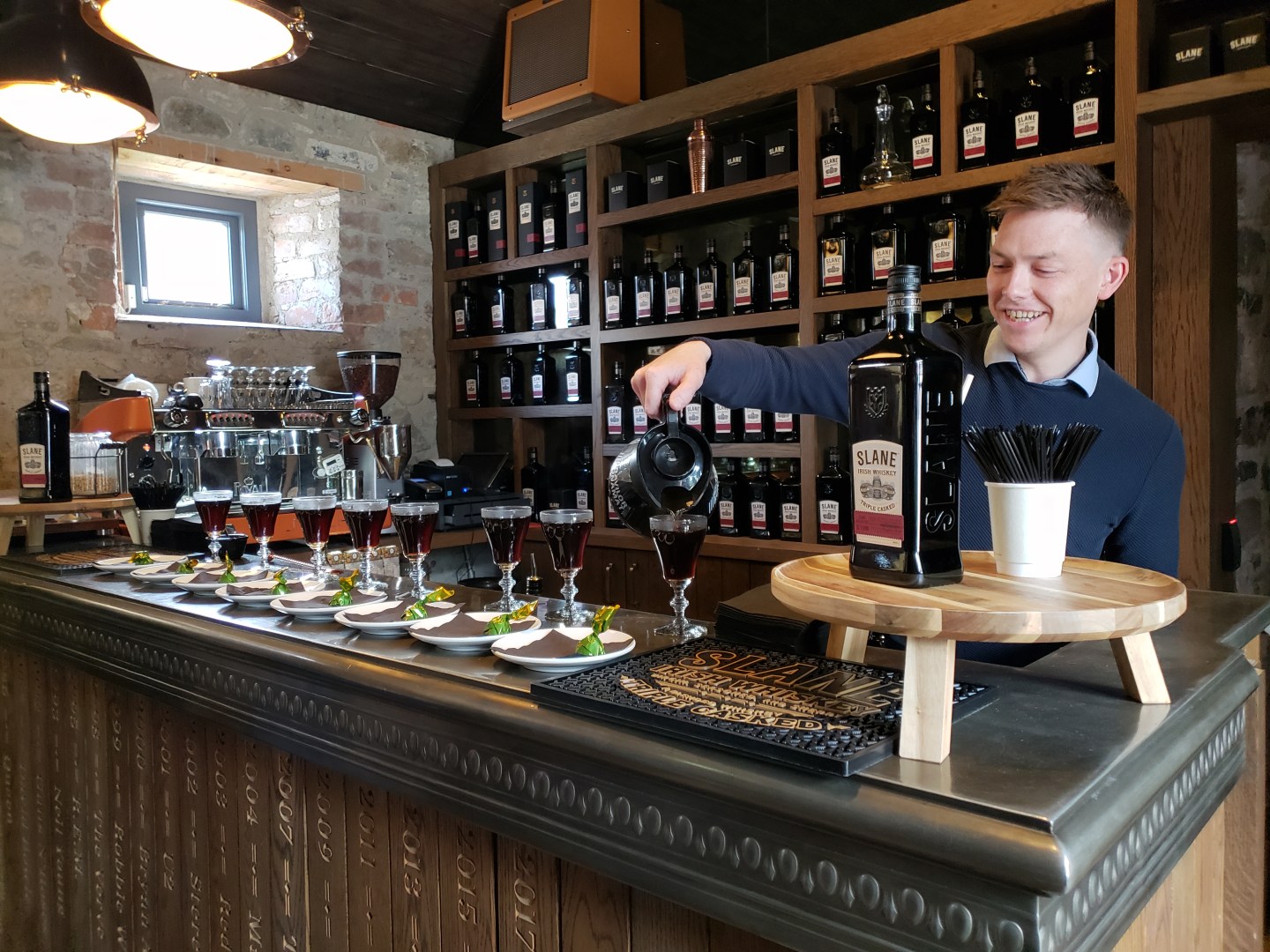 In 1981, Henry Mountcharles had an idea: He wanted to transform the yard of his castle home into a music venue.

At the time, it wasn’t exactly a popular idea. Some locals called and told him he was creating “a public urinal.” Others questioned the wisdom of planning the event during such a painful moment. (This was the height of the harrowing period in Northern Ireland known as “The Troubles”—roughly 30 years of sectarian violence and bloodshed; 1981 saw the hunger strike of nearly a dozen convicted Irish republican paramilitary prisoners.)

Still, Mountcharles threw the event anyway with headliner Thin Lizzy and started a tradition at the castle that continues to this day.

“We only had 18,000 people, and I thought that was like a humongous year,” says Mountcharles. “We were thrilled.”

Thirty-eight years later, Mountcharles is still hosting rock concerts. Now, rather than 18,000 people, they’re attended by crowds closer to 80,000. In June, the castle welcomed Metallica. Over the years, bands such as Oasis, Bruce Springsteen, and the Rolling Stones have performed in the castle yard. U2 not only performed there—twice—but also lived in the castle for some time before recording 1984’s The Unforgettable Fire in one of its rooms.

It’s a space with an incredibly interesting history, and now Mountcharles’s son, Alex Conyngham, is doing something a little different along with his father in the castle yard: opening a distillery in the castle’s old stables.

Slane Castle first got into the whiskey business in 2009. At the time, it sourced liquid from Cooley, a nearby distillery, for what it called Slane Castle Whiskey. When Cooley was acquired by Beam in 2012, the castle’s supply of whiskey was cut off.

“That forced our hand to do what I had wanted to anyway, which was to build our own distillery,” says Conyngham. “That’s the only way, obviously, to have full control and credibility.”

In 2012, Slane Castle Whiskey went off the market, and Conyngham went to the drawing board to design the future distillery—and to search for a partner, one he eventually found in Brown-Forman. The company—owner of brands such as Jack Daniel’s and Woodford Reserve—acquired the business in 2015, before its first drop of whiskey was made, and the distillery’s construction began in January 2016.

After the Brown-Forman acquisition, the Slane distillery was once again able to buy whiskey from elsewhere.

“That’s when we started looking at how we could improve what we bought,” Conyngham says. He wanted to come up with something a little different: “That was basically the creation of the triple-cask method.”

The triple-cask method was invented in part because of the distillery’s connection to Brown-Forman. “Triple cask,” in this instance, means that the whiskey is aged in three distinctively different barrels: a virgin oak barrel that has never contained whiskey, a seasoned barrel that once contained Tennessee whiskey or bourbon, and finally a sherry cask.

Thanks to its barrel cooperage in the U.S. and existing distilleries, Brown-Forman had access to a lot of barrels.

Most other Irish whiskey makers will only age their whiskey in a single type of barrel. Slane says the virgin casks give the whiskey its flavors of toasted oak and vanilla; seasoned casks add caramel, plum, banana, and butterscotch notes; and sherry casks contribute flavors of raisin and spice into the whiskey’s final flavor profile.

Conyngham says he had to fight to bring that third cask into the mix. While Brown-Forman could easily source the new oak barrels from its cooperage in the U.S. and used Tennessee whiskey barrels from its distilleries, it wasn’t currently working with sherry—something Conyngham thought the spirit needed to achieve the perfect balance.

“Out of the three, it’s probably the one with the biggest body, and it adds a lot of depth,” Conyngham says.

Slane Irish Whiskey, as it exists now, officially launched in 2017 with that triple-casked liquid bought from another distillery and aged in those triple casks for two years. Around the same time that the whiskey hit the market, Slane started producing its own liquid at the new, operational distillery on the Slane Castle grounds, using barley it grows on a family-owned farm across the river.

Slane Irish Whiskey is now available across the U.S., and the distillery is open to visitors, along with the castle.

“Slane has now become a destination,” Conyngham says. “We’ve got a castle, a distillery, and an organic farm with a glamping site. You can go kayaking on the river. We’ve got passage tombs that are older than the Egyptian pyramids a few miles down the road.”

—Australia’s new wave of winemakers won’t make Shiraz
—How fruit wines are becoming serious business
—How to drink—and enjoy—red wine in the summer
—What I learned in inclusion training at the world’s top cocktail festival
—Tap these bottles of wine with your phone to learn more about their makeup
Follow Fortune on Flipboard to stay up-to-date on the latest news and analysis.