John Delaney: My Plan for Stabilizing Central America and Ending Our Border Crisis 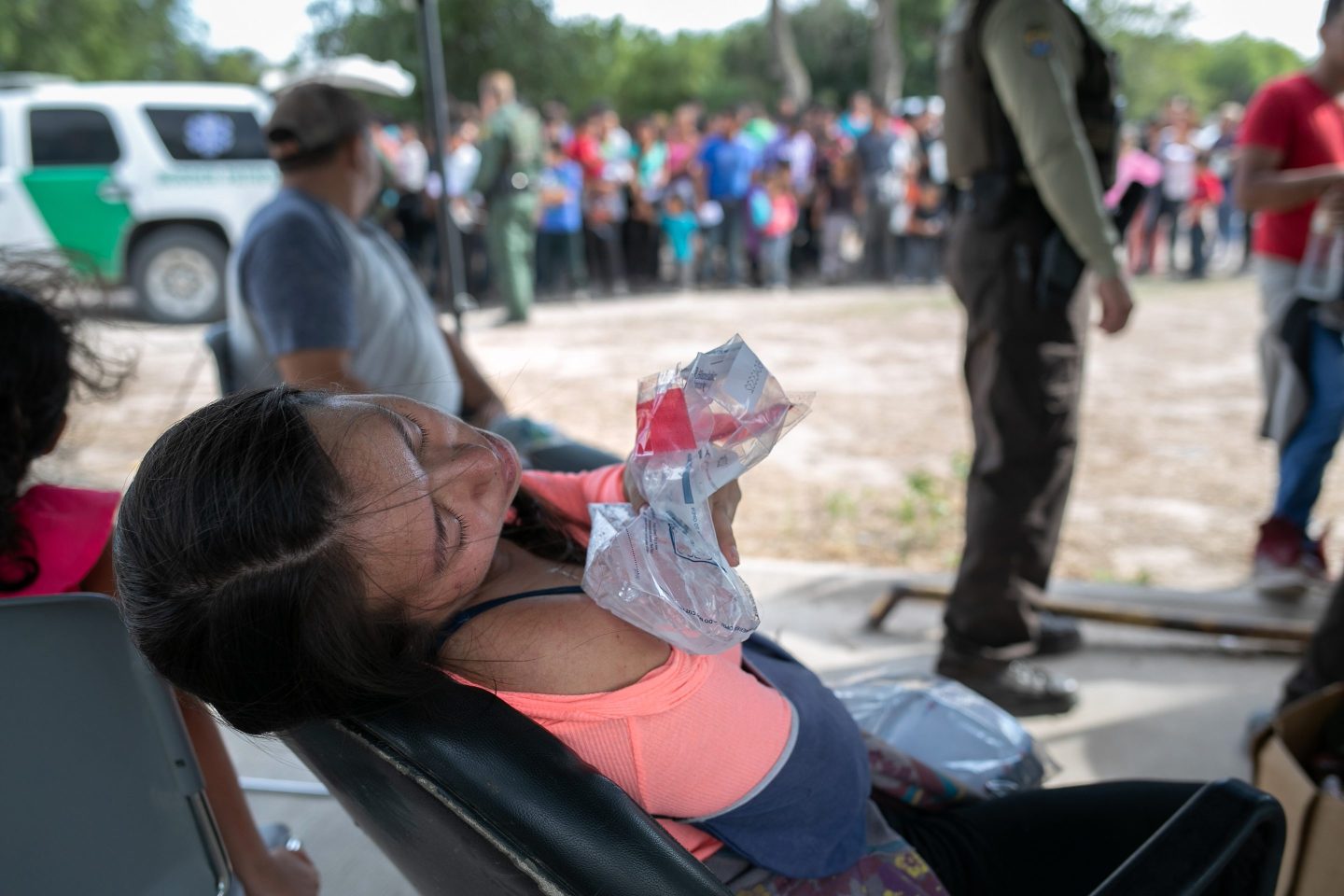 LOS EBANOS, TEXAS - JULY 02: An immigrant from Guatemala ices her shoulder after she was taken into custody by U.S. border agents on July 02, 2019 in Los Ebanos, Texas. She said she was in pain from a recent shoulder surgery. Hundreds of immigrants, most from Central America, turned themselves in to border agents after rafting across the Rio Grande from Mexico to seek political asylum in the United States. (Photo by John Moore/Getty Images)
John Moore—Getty Images

The roots of the humanitarian and security crisis at our southern border are found in the tragic circumstances facing the poorest and most vulnerable citizens of the Northern Triangle countries of Central America: El Salvador, Guatemala, and Honduras. A poisonous and ruinous combination of poverty, unemployment, rampant corruption, weak judicial and law enforcement institutions, absence of the rule of law, and violence has forced many Northern Triangle citizens to seek safety and asylum in neighboring countries or as far away as the U.S.

In my foreign policy speech earlier this year at Johns Hopkins University’s School of Advanced International Studies, I called for launching Plan Central America with the same holistic approach that the U.S. brought to Plan Colombia. Plan Colombia, which ran from 2000 to 2015, was successful in helping the Colombian government counter FARC and other extremist groups with a whole-of-government focus on counternarcotics, counterterrorism, sustainable development, human rights, regional security, and trade. Violence was reduced, which encouraged investment to return and the economy to flourish.

It is time to bring that same approach to improve the conditions giving rise to the violence and instability that is sending so many Central Americans to our border.

There were three elements to Plan Colombia, in particular, that made it successful: excellent operational collaboration, adequate funding, and clear executive leadership from multiple U.S. presidents.

The governments of Colombia and the U.S. formed a partnership, employing the best of their respective agencies to address the root causes of the instability. Humanitarian agencies worked together with judicial reform experts and rule of law professionals as well as law enforcement and security teams to develop the resources needed to stabilize the country. In addition, both the Colombian and U.S. governments ensured dedicated funding was available and committed to carry out the necessary programs.

A key component to the success of Plan Colombia was the commitment from U.S. presidents from both parties, which ensured continuity in cooperation. As president, I would bring a personal commitment to ensuring a successful program by securing bipartisan support in Congress.

Not unlike the conditions that gave rise to the violence in Colombia, the problems in Northern Triangle countries are decades old. There have been countless initiatives by both the Central American governments and the U.S. and Mexico to address the underlying causes. President George W. Bush sought to use Millennium Challenge Corporation programs to promote prosperity in the region, and he and President Barack Obama sponsored the Merida Initiative and Central America Regional Security Initiative to stem the violence; Obama continued with the Alliance for Prosperity program.

U.S. assistance has made some difference in the region with homicide rates dropping by 42% in El Salvador, 13% in Guatemala, and 23% in Honduras between 2015 and 2017. Yet overall, the region remains unstable.

This continues to drive Central Americans to our borders to seek refuge from gangs and militias. To truly stabilize the region and help end the tragic violence, I pledge to launch Plan Central America with the following building blocks.

First, we must mobilize a regional, fully integrated strategy in cooperation with the Northern Triangle and Mexican governments, multilateral institutions, and humanitarian agencies to increase resources devoted to improving economic conditions and implementing judicial reform and the rule of law.

Second, we should expand training for law enforcement and security professionals to improve their ability to fight corruption and counter violence. And third, we need to partner with regional multilateral institutions to improve the region’s economic conditions and stimulate sustainable economic growth.

From the Oval Office, I will make clear that there will be strict monitoring for human rights compliance among the security forces, including upholding the Leahy Law, which prevents U.S. military aid going to countries with security forces that have committed human rights violations. I will develop a budget with congressional leaders and regional governments to ensure dedicated funding will be available to successfully carry out Plan Central America. I will also work closely with the governments of Northern Triangle countries and Mexico to make sure they contribute maximum possible resources to the effort.

Perhaps most importantly, I will commit my personal leadership to ensure that Plan Central America is successful and the conditions that have led to mass migration have dramatically improved and will be able to be sustained. In addition, I will personally chair inter-agency meetings within the U.S. government on Plan Central America and meet regularly with my counterparts in the region to make sure success is attainable.

Just as Colombia was able to transform into a stable, key U.S. ally and economic partner, I am convinced we can do the same for our neighbors in Central America.

John Delaney is a former U.S. representative for Maryland’s 6th District and a Democratic candidate for president.

—Girls Who Code CEO: Men need to be brave in the service of women
—Delivering on the promise of purpose beyond profits
—Regulate fintechs for what they do, not what they don’t
—Retaining good employees is tougher than ever, but offering paid family leave can help
—Supporting LGBT employees is a patriotic act
Listen to our audio briefing, Fortune 500 Daily