Retaining Good Employees Is Tougher Than Ever, but Offering Paid Family Leave Can Help 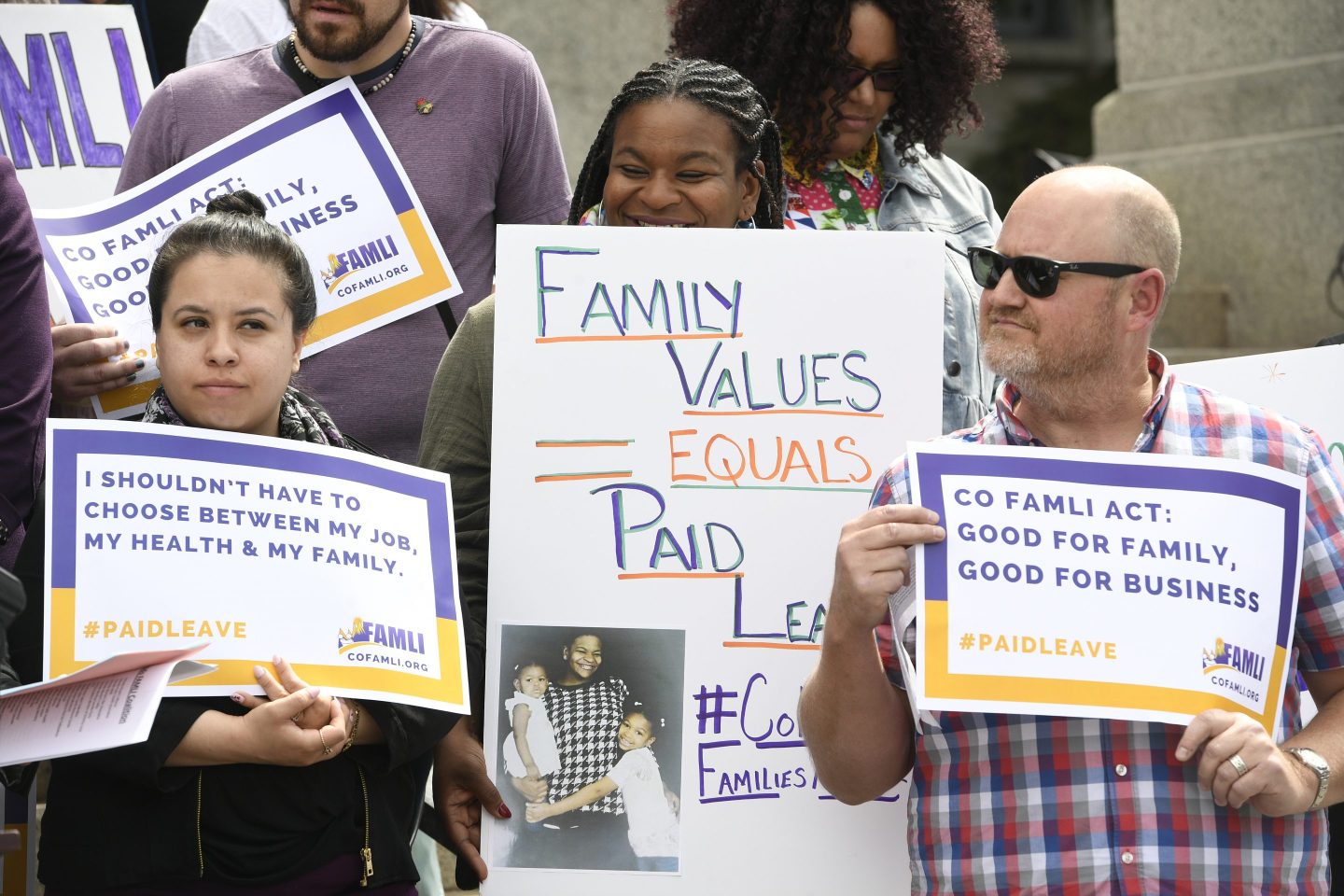 What do Oregon, Connecticut, Washington state, New York, Massachusetts, New Jersey, Rhode Island, California, and the District of Columbia all have in common? Each has passed legislation securing paid family leave. Though the plans vary in scope—the terms of compensation, the length of benefits, and how they’re funded—they are similar in the assistance they provide employees who need time to care for their families and themselves.

The benefits of paid family leave are clear. It strengthens participation in the workforce, secures employee earnings, and boosts the national economy, according to the AEI-Brookings Working Group on Paid Family Leave. It helps new parents build relationships with their children, which in turn boosts a child’s physical and cognitive health. It also improves employee’s mental health as they’re provided with financial and professional support from their employers.

Over the course of their careers, most employees will need some time away to act as a caretaker. They could be a mother or father navigating life with a newborn, an adoptive child, or a foster child. They could need time off to care for an ailing parent, a son or daughter with a medical issue, or a matter of their own health. Or they might be facing additional responsibilities at home following a family military leave.

Under the Family and Medical Leave Act of 1993, eligible employees are granted 12 weeks of unpaid leave to care for family and medical needs—but there are no federal mandates requiring paid leave. And according to the Bureau of Labor Statistics, less than 20% of private sector employees had access to paid family leave in 2018.

What is more common is access to other types of paid time off (PTO). Per a 2018 report from the AEI-Brookings Working Group on Paid Family Leave, 72% of employees had paid sick leave, and 74% had paid vacation time. Because these types of PTO are more accessible, employees will leverage their vacation days or their sick days to meet their obligations as caretakers. But these days are limited and may not be enough to handle responsibilities at home.

In an already stressful time, employees can feel the financial strain that comes from receiving no or partial payment as they take a personal respite from work. Less than 50% of workers had money set aside in anticipation of their leave, 37% turned to other savings, and 30% borrowed money, according to a survey conducted by the Department of Labor and Abt Associates. More than a third of these men and women fell behind on bill payments, 15% turned to public assistance, and 31% cut their leaves short to ease their financial burdens. As monetary pressure mounts, the adverse effect it has on employees will impact their employers too due to reduced productivity.

One of the biggest challenges for any employer is retaining skilled workers. In today’s tight labor market, business leaders are feeling, more acutely, the pressure of not just finding talented employees—but keeping them. One surefire way to strengthen these relationships is to support employees as they balance their personal and professional commitments.

As the CEO of Guardian Life Insurance, I have personally seen the positive impact paid family leave provides employers and employees alike. The former more effectively attract and retain talent, and the latter benefit from greater financial security. And while the overwhelming majority of leave taken is by new parents, access to paid family leave is vital to all employees in addressing a multitude of personal needs.

All of us, as employers, have the opportunity to find ways to support our employees and champion programs and legislation that would provide paid family leave. Employers like Airbnb and Netflix have led the way by offering leave plans to eligible employees. Starbucks has expanded its paid family leave benefits to its hourly employees. And Ernst & Young says their female turnover rate dropped significantly after revising their parental leave plan to give mothers and fathers equal time away. We too at Guardian have enhanced and added flexibility to our leave programs, and I encourage all business leaders to consider what more they can do for employees in this area.

Support for paid family leave is prevalent among Democrats and Republicans. Most voters, around 84%, support a comprehensive national paid family leave policy that covers all people who work, according to a national survey commissioned by the National Partnership for Women and Families. This represents a major opportunity to positively impact many Americans by creating a bipartisan framework that would establish public-private funding options—including those that would focus on working class employees and extend existing tax credits for small businesses to encourage expansion and implementation of paid family leave.

Recently proposed legislation from Senators Kyrsten Sinema (D-Ariz.) and Bill Cassidy (R-La.), which would amend the child tax credit to ease financial burdens on new parents, is evidence that both parties can find common ground on this critical issue. And as Congress works to create new laws, I hope our legislators will act swiftly to reauthorize the one employer tax incentive already in law: the Paid Family Leave Pilot Extension Act.

While no one act of company or congress will resolve the issue, every one of them makes a difference to the employee that benefits. Ask any business leader and they’ll agree: Employees are our lifelines. Working together to support them through every season of their lives is the right thing to do.

Deanna M. Mulligan is president and CEO of The Guardian Life Insurance Company of America.