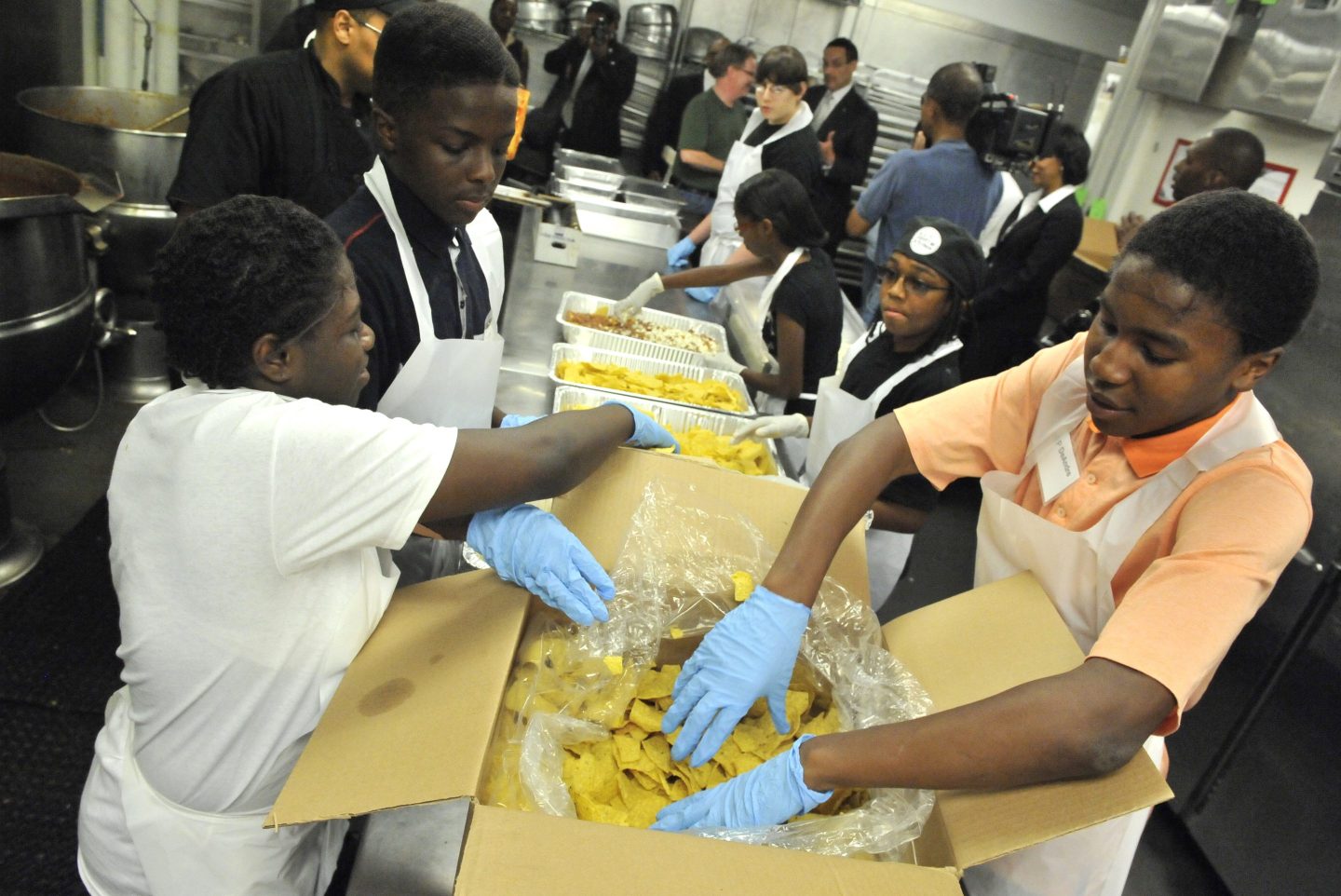 The U.S. is currently experiencing its longest stretch of continuous monthly job creation and the lowest unemployment rate (3.7%) in 50 years. And while a tight labor market often improves job prospects for typically hard-to-employ groups with fewer skills and less experience, the rate of teen employment has been declining since 2001.

The booming economy has done little to reverse that downward trend: Today, only 35.4% of teens are participating in the labor market.

For many baby boomers and Gen Xers, summer jobs are seen as a standard rite of passage for American teenagers. From scooping ice cream to bagging groceries, these experiences can evoke fond memories of adolescence. But, what accounts for this continued decline, and why should we still be nostalgic about summer jobs?

For some teens, working during the summer months has been replaced by school and related activities, particularly for college-bound youth looking to increase their admissions prospects by enrolling in pre-college programs held on university campuses. Yet for others who might not have college plans, it has become increasingly difficult to gain the work experience needed to successfully navigate the labor market after high school.

In fact, many unemployed teenagers report that they struggle to find their first job. African-American and Hispanic teens—especially those from low-income families in high-poverty neighborhoods—experience the greatest difficulties in finding employment.

To level the playing field, many large U.S. cities, including Boston, New York City, and Chicago, use summer jobs programs to provide early work experiences to inner-city, low-income youth. Participants in these programs typically work a maximum of 25 hours per week for a six-week period from early July through mid-August.

Unlike many pre-college programs, internships, or volunteer work, summer jobs program participants are paid the minimum wage, which can help contribute to the household income for lower-income families. A survey of Boston Summer Youth Employment Program (SYEP) participants found that one in five teens reported contributing directly to household expenses.

The benefits extend beyond providing early work experience for those who might struggle to gain it elsewhere: Participation in jobs programs can even improve academic performance. A 2014 study of the New York City SYEP program showed encouraging results on some academic outcomes, including an increase in school attendance. And a follow-up study of the same program also showed a greater likelihood of passing statewide exams needed to graduate from high school.

These summer jobs programs can also lead to reductions in crime. For example, one study found that participating in Chicago’s One Summer Plus program decreased violent crime for participating youth by 43% over a 16-month period relative to a control group of youth who had applied to the program, but were unable to gain a spot. Similarly, another report found that participating in the New York City SYEP reduced the probability of incarceration and mortality from homicides, suicides, and accidents.

Despite these encouraging results, little has been done to expand funding for summer jobs programs at the federal level. In the early 1990s, federal funding was terminated on the assumption that in a full employment economy, employers would hire youth without any government subsidy. Yet, the fact that youth unemployment rates are twice that of adults—and even higher for non-white youth—suggests otherwise.

However, Congresswoman Robin Kelly and Senators Richard Durbin and Tammy Duckworth are looking to restore funding for youth employment. They recently introduced a bill that would establish a five-year, $1.5 billion competitive grant program to support summer and year-round employment opportunities for youth ages 14 to 24.

Increasing funding for summer youth employment programs is ripe for bipartisan support. Last month, amid outcry on both sides of the aisle, the Trump Administration had to backtrack from closing a Job Corps program that trains disadvantaged youth for rural jobs—in part because many of these programs were located in Republican strongholds. Similarly, summer jobs programs have proven to be successful in both red (such as Texas and Florida) and blue states (like California and New York).

By providing hands-on experience, developing soft skills, and expanding access to career mentors, summer jobs programs equip youth with the means to transition from school into the labor market—all while expanding the local talent pipeline. Summer jobs programs work, and our teenagers are worth the investment.

Alicia Sasser Modestino is an associate professor in the School of Public Policy and Urban Affairs at Northeastern University.