Sizing Up Vegan Leather: Is It Just A Fad? 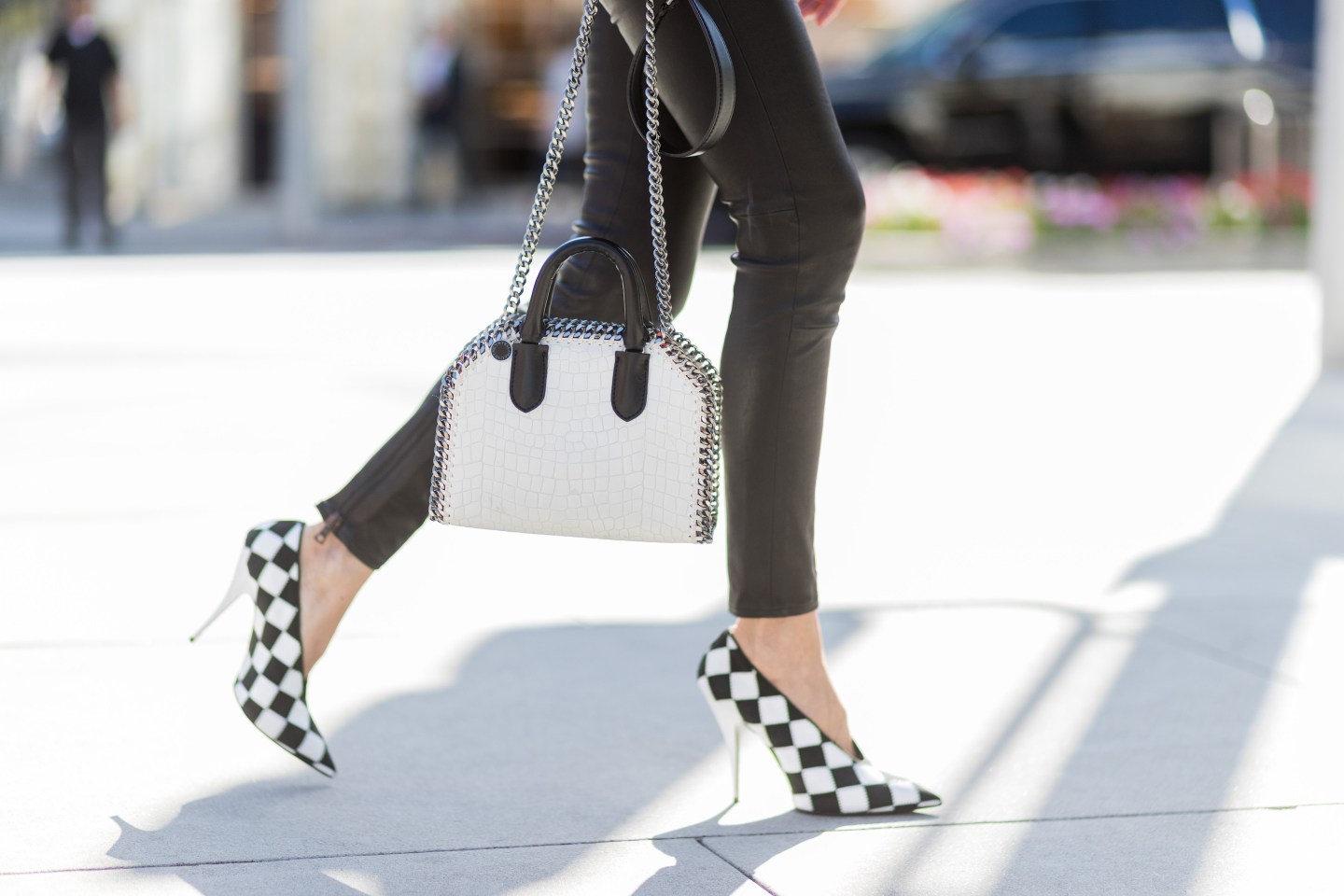 Environmentally conscious consumers are fretting about not just what they eat. Some have started to shun clothes and other products made from animal hides, opting instead for synthetic and natural alternatives. Collectively these have become known as vegan leather. Even Elon Musk’s Tesla Inc. will offer a “fully vegan” car. These alternatives to leather are often cheaper. The question for consumers is: Are they better for the planet?

What is vegan leather?

What sounds like an oxymoron mostly refers to synthetic products. Instead of processed cowhides or sheepskin, the majority of vegan leather is made from plastic-based polyurethane chloride—PVC—and polyurethane, referred to as PU. However, there is also an innovative variety of nature-based products, such as those derived from cork, bark, pineapple leaves, or apple peel. Manufacturers of high-quality alternatives say they look identical to the real thing, although vegan leather doesn’t improve with age the way animal leather can.

Why are people buying it?

Getting a similar product that avoids causing suffering for animals has stirred strong appeal, especially among younger people in nations such as the U.S. and the U.K. Sales of meat alternatives have soared partly on the back of environmental worries about the real thing (and because of health concerns), while investors, including Microsoft co-founder Bill Gates, have put their money into developing such products.

It seems so, especially in the U.S., where consumers are awakening a global sustainable fashion movement widely supported by companies. The online availability of vegan leather products has more than doubled in the U.K. and rose 54% in America between the first half of 2018 and the same period this year, according to retail researcher WGSN Instock. Demand is especially strong in the footwear industry, with more Americans wanting to cover their feet in animal-free sneakers. The automobile industry has also been shifting from genuine to faux leather after Tesla was urged to go vegan by stakeholders. Footwear and auto industry use is expected to drive global demand for synthetic leather to annual growth of 7%, reaching $45 billion in 2025, according to Grand View Research; in 2018, global sales of traditional leather was estimated at $95.4 billion.

The plastic-based alternatives generally are. They’re also easier to maintain, a key reason car manufacturers are interested. Vegan leather made of organic materials such as pineapple leaves, however, tend to cost more than the plastic variety, though they’re cheaper than traditional leather. There’s also the question of durability. Vegan leather is much thinner than real leather, which can last for years.

Is faux leather better for the planet?

Plastics are hardly environment-friendly. The most commonly used PVC releases dioxins, which are potentially dangerous in confined spaces and especially so if burnt. However, organic vegan leathers such as pinatex (made from pineapple leaves) and apeel (made from apple peel) can be converted into fertilizer or bio-gas. Genuine leather’s environmental credentials are tainted by its use of toxic chemicals in the tanning process. Also, cows are major emitters of greenhouse gases and require vast quantities of feed, land and water. On the other hand, synthetic leather often uses petroleum at some point in its manufacturing, while traditional leather arguably is just a byproduct of dairy and meat production that would otherwise go to waste.

No, but the natural versions are relatively recent innovations and are especially appealing to a new brand of consumer who is cutting down on meat intake and trying to reduce his or her environmental footprint. At the same time, apparel makers for all budgets are committing to making fashion more sustainable. That’s increasing the appeal of nature-based leather substitutes as well as recycled plastic and more refined plastic derivatives like water-borne and solvent-free polyurethanes that are safer for people to work with. Pinatex is made from the waste of the pineapple industry— pineapple leaves. The fibers are extracted, felted, and processed without the use of chemicals and heavy metals, but non-biodegradable petroleum based resins and PLA, or bio-plastic, are still used.

How is real leather holding up?

Wariness toward leather by some consumers comes as record demand for U.S. beef has boosted the supply of animal hides. That’s meant a lot of product going to waste, some even heading to landfills—a situation many in the industry called “unimaginable.” On the other hand, this is an industry prone to waste since many of the hides do not make the grade due to imperfections.

—Big-Box rebound: How Target packaged a turnaround
—How Minidip made a splash with its inflatable pools
—Taylor Swift and Stella McCartney release Lover fashion
—A new era of fashion logos is driving creativity, business
—Listen to our audio briefing, Fortune 500 Daily
Follow Fortune on Flipboard to stay up-to-date on the latest news and analysis.