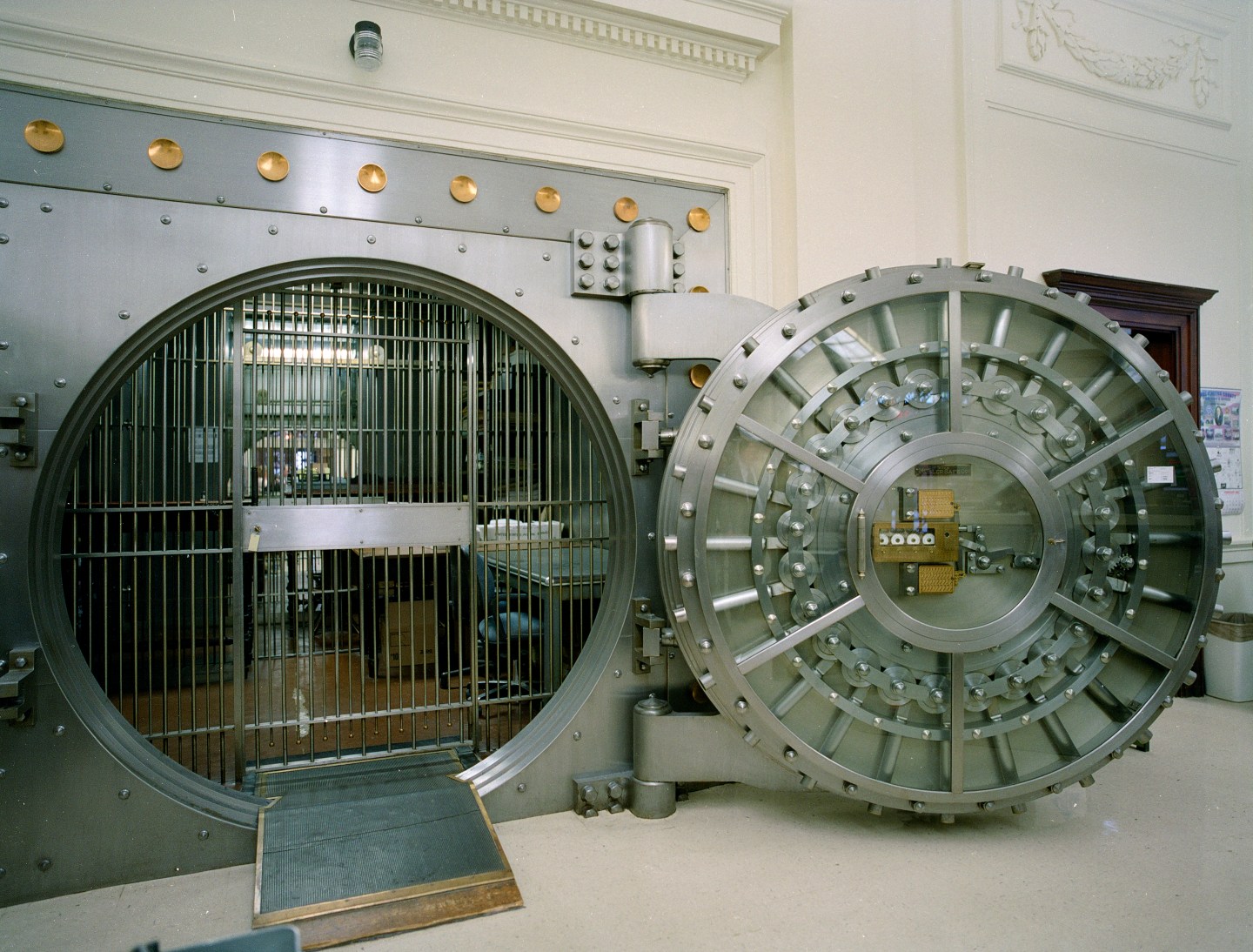 Talk about a custody battle. A slew of startups and established financial giants are vying to become the trusted vault for cryptocurrency investors’ wealth, a potentially lucrative business that could greatly boost the market for digital assets.

A glimpse of the fight: After months of rumors, Coinbase officially acquired Xapo, the cryptocurrency custody business known for hoarding Bitcoin in a Swiss mountain. My colleague Jeff Roberts broke news of the $55 million deal last week. Apparently, Coinbase outbid Fidelity, the decades-old financial giant, which has lately been busy getting its own cryptocurrency custody business off the ground.

At least one competitor saw fit to tamp down Coinbase’s triumph. BitGo, an early cryptocurrency custody provider, claimed in a blog post that it has been receiving calls from Xapo customers who are worried about the transfer. “The clients calling us are concerned about the safety of their digital assets,” BitGo wrote. No doubt eyeing a sales opportunity, the firm said it would offer “qualifying clients” a year of custodial service free of charge. (Shortly thereafter, BitGo also hired a top Xapo executive as its chief revenue officer.)

A land-grab is clearly underway—pun intended, given Xapo’s granite fortress—and other rivals want a piece of the action too. Let’s not forget Anchorage, a startup that recently raised millions of dollars from Visa. (Both companies are founding members of Facebook’s cryptocurrency coalition, Libra.) And Bakkt, a sibling of the New York Stock Exchange which counts Microsoft and Starbucks among its backers, finally appears poised for its long-awaited debut. The venture said Friday it had received a regulatory green light; it plans to launch its product on September 23 (despite originally planning to launch at the end of last year).

If institutional money is truly going to flow from the sidelines into the digital asset industry, as many cryptocurrency enthusiasts hope and expect, custody will be key. Earlier this year when I spoke to Chris Dixon, a cryptocurrency investor at Andreessen Horowitz, he described custody as “the single biggest piece of infrastructure holding back the growth of the space.” A lot has happened since then.

Brian Armstrong, Coinbase’s CEO, is ebullient about the prospects. “The institutional space for crypto is going through a period of incredible growth. Many still don’t realize it,” he wrote in a post on Twitter earlier this month. Custody “has been a huge unlock for the industry,” he added.

The real unlock will come, however, when regulators issue clearer guidance about what exactly constitutes a qualified custodian in the realm of cryptocurrency. In July, the Securities and Exchange Commission and the Financial Industry Regulatory Authority, or FINRA, released preliminary joint guidance on the issue. But the statement didn’t do much to clarify the situation, other than to serve as a signal that the powers that be are mulling the question.

In the meantime, institutional investors courageous enough to move ahead in the cryptocurrency market must choose their custodians carefully. I have a meeting scheduled later this week with the head of digital assets and blockchain at State Street, the world’s second biggest custodial bank, and you can bet I’ll be probing the subject with him.

Plunge in 30-Year Treasury Bond Yields Spells the End of America’s Golden Age, to Some by Erik Sherman

To the Moon... Mastercard is hiring a crypto team. New Zealand allows salary payment in cryptocurrency. Rakuten, Japan’s version of Amazon, is launching a cryptocurrency exchange. Coinbase is buying Xapo’s institutional custody service. Samsung has finally added bitcoin support to its digital wallet. Binance will launch a blockchain focused on issuing digital tokens backed by government money– so, a Libra competitor, minus the tiny detail of Facebook’s giant userbase.

Rekt... Bitcoin swooned right alongside global equity markets last week, before both bounced back. Terrorists are using cryptocurrency for fundraising. Cybersecurity staff at Capital One saw breach coming. Barclays stops banking Coinbase. Patrick Byrne, CEO of retailer Overstock.com, sent the company's shares down a staggering 36% when he admitted he had a relationship with a Russian spy. Ethereum creator Vitalik Buterin said the Ethereum blockchain is "almost full." Another Satoshi Nakamoto revealed his identity (but probably not really).

Michael Corbat, CEO of Citigroup, sat down with Fortune’s Susie Gharib to discuss how he leads one of America's largest banks and why he decided to start speaking out on social and political issues. As he tells her, the violent clashes that broke out at a white supremacist rally in Charlottesville, North Carolina, on August 17, 2017, persuaded him to raise his voice. View the interview here.

As mentioned in the essay above, that's the date Bakkt, a highly anticipated Bitcoin venture incubated by New York Stock Exchange-parent Intercontinental Exchange with backing from Microsoft and Starbucks, plans to debut its long-awaited, physically-settled Bitcoin futures product. On Friday, the company said it finally received a green-light from regulators in the form of a trust charter from the New York State Department of Financial Services. Bakkt initially planned to launch at the end of last year.

One of the more convoluted crypto-Twitter fights in recent memory broke out over a speech given by Michael Goldstein, head of an organization called the Nakamoto Institute. Goldstein, speaking at a conference in Dallas this weekend, outlined how to most effectively use "advanced geopolitical meme craft" to advocate for a "bitcoin maximalist" worldview. According to that worldview, bitcoin will come to dominate the global monetary system, pushing aside both traditional money and other cryptocurrencies, such as Ethereum.

Goldstein, whose remarks seemed to be fairly off the cuff, encouraged "the heavy hand of absolute trolling" when "bully[ing] the people who don’t agree with us." Not for the first time, Goldstein’s comments sparked acrimony between the "maxies" and, well, just about everybody else. Ryan Sean Adams, founder of cryptocurrency investment firm Mythos Capital, rejected the no-holds-barred approach on Twitter: "Maximalists becoming the thing they sought to overthrow." He added: "I signed up for freedom from tyrants. Not new tyrants."

Mission impossible. For decades, America's most influential businesses have held the primacy of shareholders above all other values. Now they are adopting a new credo that prioritizes a combination of stakeholders, including customers, employees, communities, and the environment, as Fortune CEO Alan Murray writes in Fortune's latest cover story. The piece headlines our Change The World issue, which honors companies that are doing well by doing good.

For Milton Friedman, it was simple. “There is one and only one social responsibility of business,” the Nobel economist wrote in 1970: to “engage in activities designed to increase its profits.” Companies must obey the law. But beyond that, their job is to make money for shareholders.

And Friedman’s view prevailed, at least in the United States. Over the following decades, “shareholder primacy” became conventional business wisdom. In 1997, the influential Business Roundtable (BRT), an association of the chief executive officers of nearly 200 of America’s most prominent companies, enshrined the philosophy in a formal statement of corporate purpose. “The paramount duty of management and of boards of directors is to the corporation’s stockholders,” the group declared. “The interests of other stakeholders are relevant as a derivative of the duty to stockholders.”