Brace Yourself: SmileDirectClub Is the Latest Unicorn to File for an IPO 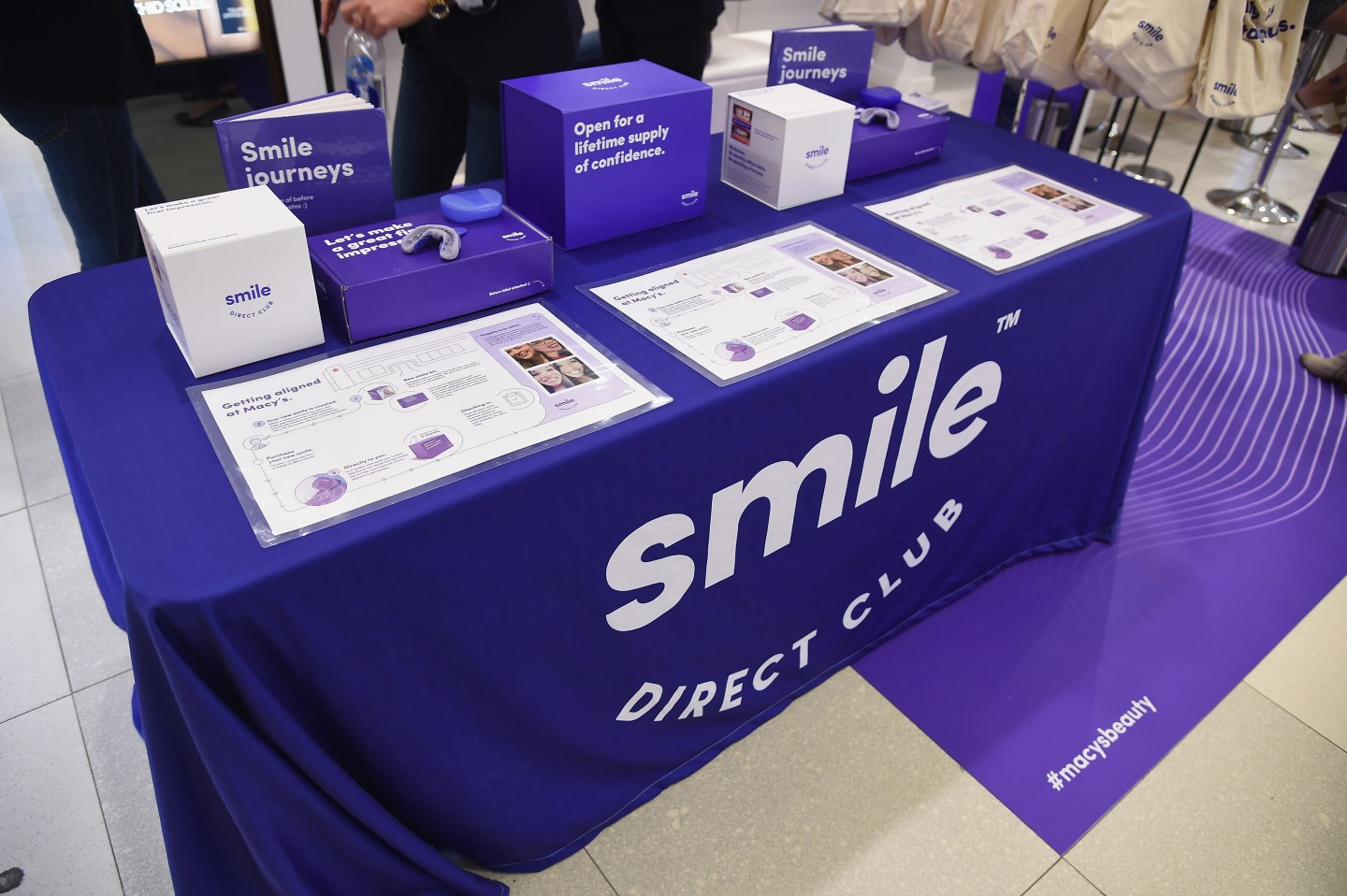 Following on the heels of WeWork and Cloudflare, yet another unicorn is trying its luck in the public markets.

Founded in 2014 by Jordan Katzman and Alex Fenkell, SmileDirectClub is a so-called “teledentistry” company that takes either a 3D image or impression of a customers teeth, created a customized, clear aligner, and ships the product. The aligner is typically used for about six months, with licensed doctors checking in remotely at least every 90 days.

Now helmed by CEO David Katzman, who is set to maintain his control over the company through a dual class share structure, the company was last valued at $3.2 billion in the private sphere. It has filed to raise $100 million on the public markets—a figure that is likely a placeholder.

One interesting trend the company highlighted in its Prospectus?

“The proliferation of social media emphasizes online identity and, as a result, drives consumers to present an image of their best selves,” the filing read. “This emphasis has increased interest in aesthetically focused businesses, particularly those that focus on less invasive cosmetic treatments.”

The firm plans to list on the Nasdaq as “SDC,” with J.P. Morgan and Citigroup leading the IPO.

Here’s a rundown of SmileDirectClub, by the numbers:

Though the company is unprofitable, margins are trending in the right direction, with the firm losing about 17.5 cents per dollar revenue in 2018 compared to 22.4 cents the year prior.

As most unprofitable companies jumping into the public markets however, the company warns that it “may not achieve or maintain profitability in the future.”

“A number of dental and orthodontic professionals believe that clear aligners are appropriate for only a limited percentage of their patients,” the prospectus warns. “National and state dental associations have issued statements discouraging use of orthodontics using a teledentistry platform.”

The American Association of Orthodontists has taken issue with SmileDirectClub because of a key feature that has made the company so attractive to consumers: The ability to skip in-person meetings with an Orthodontists. The AAO argues that without a medical professional, consumers are endangering themselves.

At the same time, the Georgia Board of Dentistry and the Board of Dental Examiners of Alabama have have ruled that a medical professional needs to be physically present during the 3D imaging process—decisions that SmileDirectClub has sued to overturn.

SmileDirectClub runs a monthly payment plan dubbed SmilePay—though consumers can pay off the entirety of the treatment in one go if they wish. Under SmilePay, Consumers pay $250 up front and about $85 monthly thereafter. In 2018, consumers owed $174.2 million through that program.

But in that same year, the company posted a delinquency rate of roughly 10% of revenue.

That’s the number of customers SmileDirectClub has seen since 2014 in the U.S., Canada, Australia, and the U.K. SmileDirectClub though says it has a total addressable market around 500 million.

“The uncertainty surrounding the terms of Brexit could negatively impact markets and cause weaker macroeconomic conditions that could continue for the foreseeable future,” the Prospectus warns.

Citing data from Frost & Sullivan, the IPO claims that SDC has a total addressable market worth about $945 billion, with less than 1% of people who have misaligned teeth and fit into SDC’s age and income target currently using some kind of aligner.

“Our goal is to improve penetration into this untapped market by democratizing access to a more affordable, convenient, and accessible solution for a straighter smile,” the prospectus reads.

It remains to be seen if these investors will have something to smile about after the company’s IPO.