How Are Wall Street’s Biggest Banks Doing When It Comes to Diversity? Congress Is Not Impressed 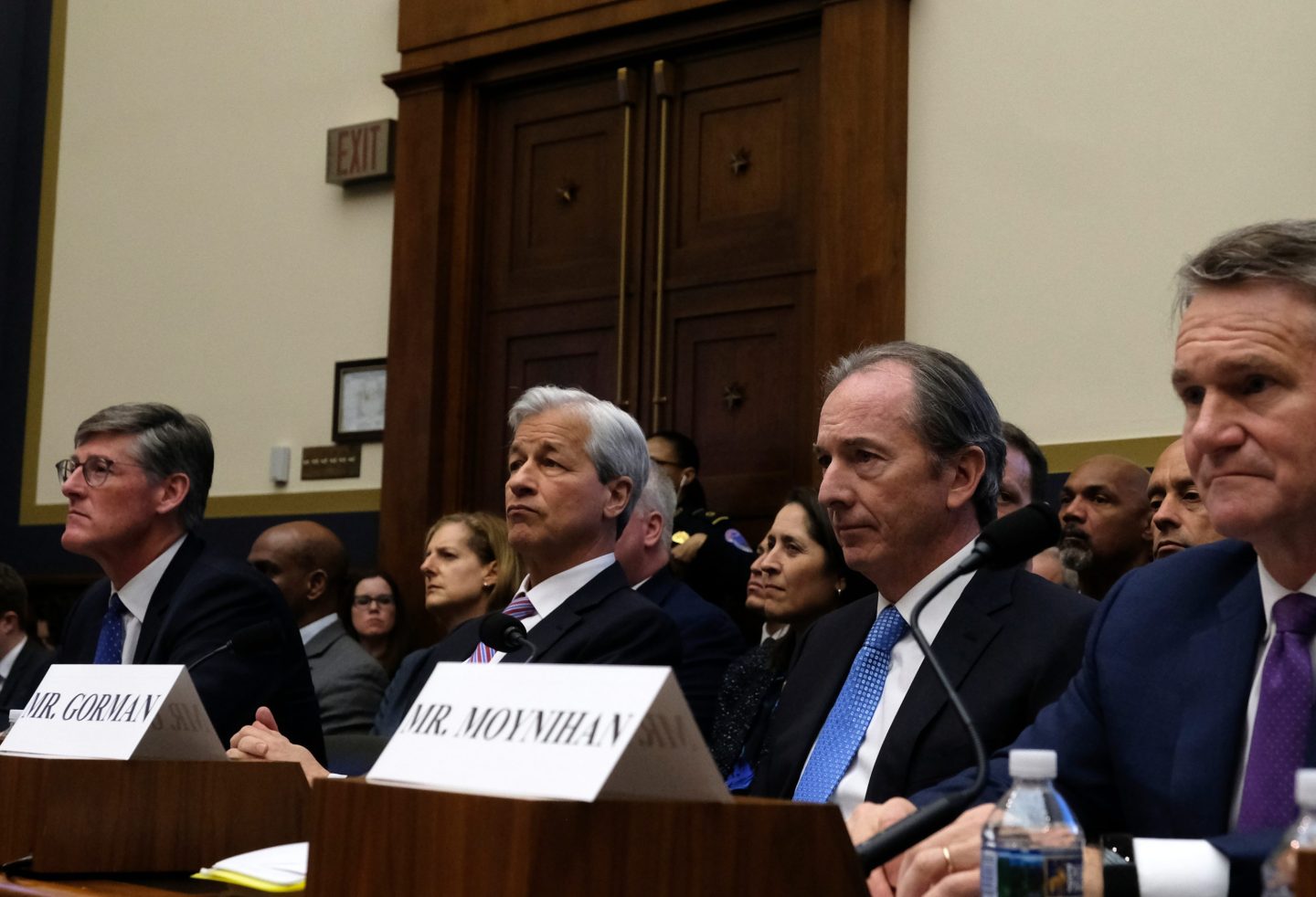 The House Financial Services Committee has spoken—and it says Wall Street needs to step up when it comes to including women and minorities.

After hosting a who’s who of big bank CEOs over a round of hearings this past spring, the HFSC released an analysis on Tuesday of diversity data and policies from some of the nation’s largest financial institutions—including Goldman Sachs, JPMorgan Chase, Morgan Stanley, Bank of America, Citigroup and Wells Fargo.

While it won’t come as a great surprise to those who follow the financial services industry, the data shows that banks are lagging significantly when it comes to including women and minorities in their senior leadership. Women comprise only 29% of the board of directors at the biggest Wall Street banks, while minorities represent only 17% of board seats—this despite women being 50%, and minorities 40%, of the U.S. population.

With not one female or minority CEO at the helm of a U.S. “megabank,” Wall Street’s leadership continues to be heavily white and male. In fact, women and minorities combined comprise less than 25% of all senior leadership positions at the big banks, the HFSC said.

It also appears that the banks have yet to make improving their diversity practices a priority. None of the major megabanks employ a chief diversity officer reporting directly to their CEO, according to the committee, while only 1 out of 25,000 bank employees are dedicated to diversity practices.

Taking all of this into consideration, the HFSC laid out a series of conclusions and recommendations for the big banks, specifically suggesting that they increase their focus on recruiting via affinity groups and minority colleges and universities; raise their investment in leadership and development programs designed to create “a pipeline of diverse talent”; and close the pay equity gap for women and minorities.

Citigroup is one company that has already shown an awareness of the problem, and has taken steps to address it. At Fortune’s CEO Initiative forum in June, chief executive Michael Corbat said that banks must do better at creating a corporate culture that promotes diversity.

Corbat said Citi has looked to do just that after releasing internal statistics that showed an unflattering “raw” median pay gap for women and minorities within its organization. The bank subsequently set targets to increase the diversity of employees in “senior and higher-paying roles” at Citi—aiming to have at least 40% of such jobs occupied by women globally, and 8% occupied by black employees in the U.S., by the end of 2021.