Does the Stock Market Have a Say in the Presidential Election? 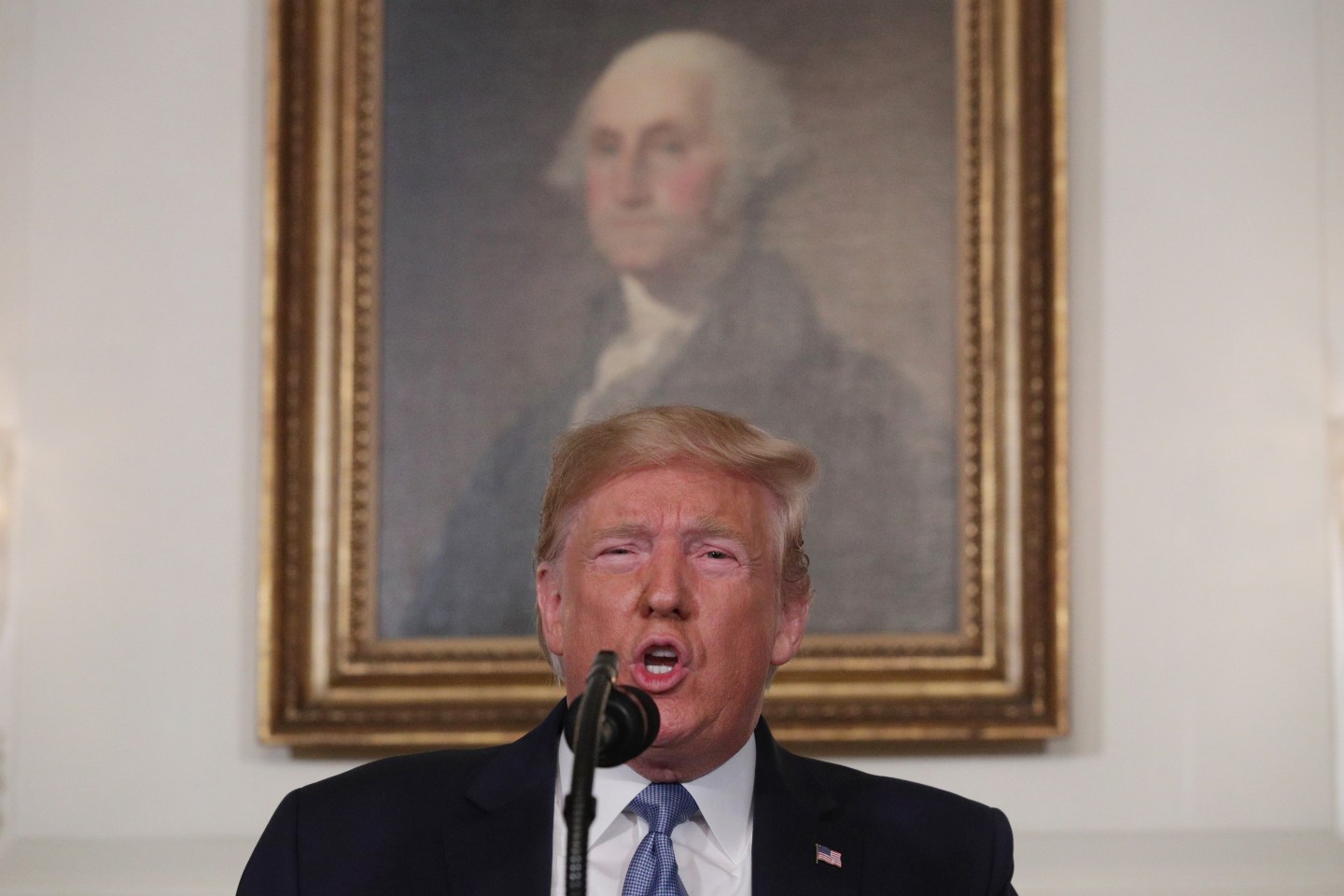 After hitting new all-time highs on July 26, the S&P 500 was then down six days in a row, falling 6%. Many are blaming this swift correction on President Trump’s trade war with China and the escalating tensions from the massive currency devaluation in the Yuan.

This is not the first time the stock market has fallen so quickly nor will it be the last. But as we head into an election year in several months, it’s worth considering what could happen to President Trump’s re-election hopes if the market’s woes spill into 2020.

Going back to 1928, there have been 23 presidential elections. Only 4 of those 23 elections experienced a loss in the S&P 500 during the election year itself (the most recent being the 37% loss in 2008). In 13 of those elections, the sitting president was seeking re-election.

The S&P 500 saw a negative return in just two of those re-election years, 1932 and 1940. Stocks were down 8.6% and 10.7%, respectively in those years. In 1932, FDR defeated Herbert Hoover, who lost his re-election bid while FDR was re-elected in 1940 over Wendell Willkie. So there’s not much precedent in terms of stocks seeing a down year during a re-election campaign.

When Bill Clinton ran against then-President George H.W. Bush in 1992, James Carville hung a sign in the Clinton campaign headquarters with three phrases on it for what to focus on:

Number two on the list is likely far more important than the stock market in determining a president’s re-election chances. Out of the 13 times a president has been up for re-election going back to 1928, there were only three times when the incumbent lost the presidency. Each of those instances came just after a recession.

Franklin D. Roosevelt handily defeated Herbert Hoover, the incumbent president, in 1932. The country was just about to enter the Great Depression when Hoover took office in 1929, and many felt his policies actually made things worse throughout the economic carnage.

Ronald Reagan defeated then-President Jimmy Carter in 1980, a year in which the country experienced a recession that lasted well into the summer and saw the unemployment rate spike to nearly 8%. This was also during a period of rapidly rising interest rates and runaway inflation. Reagan won by a landslide.

The last time a sitting president lost their re-election bid was in the 1992 election when Clinton focused on “the economy, stupid.” This slogan worked because the U.S. economy slid into a recession during the summer of 1990 that lasted well into the 1991 campaign trail. The unemployment rate topped out at almost 8%. The early-1990s was also a time where real estate prices fell in many regions the most they had in decades.

None of the other incumbent presidents who ran for re-election in that time and were victorious (Roosevelt, Eisenhower, Nixon, Reagan, Clinton, Bush and Obama) were forced to deal with a recession in the run-up to the election.

It’s always possible the stock market could crash next year and go into a bear market outside of a recession. This has happened in the past and it will likely happen in the future as investors aren’t very good at forecasting the economy through stock prices.

Since 1945, there have been 18 instances where the S&P 500 sold off 10% or worse outside of a recession. Six of those sell-offs would constitute bear markets.

But even if the stock market did fall between now and the election, an economic slowdown would still likely be the president’s biggest economic risk for re-election. According to a Gallup poll, roughly half of Americans own stocks in some form. But those holdings tend to be concentrated at the top, with the top 10% in wealth owning almost 90% of the stocks in the U.S. So the stock market doesn’t have a hold over the populace as it once did.

Recessions are felt more far and wide because people lose jobs, their housing prices likely fall, and businesses fail. That’s when people become angry at politicians. Stocks would also likely fall in an economic slowdown but it appears the economy is more important than the stock market when it comes to re-election chances for the president.

—Mortgages, credit cards, loans—what will happen after a rate cut?