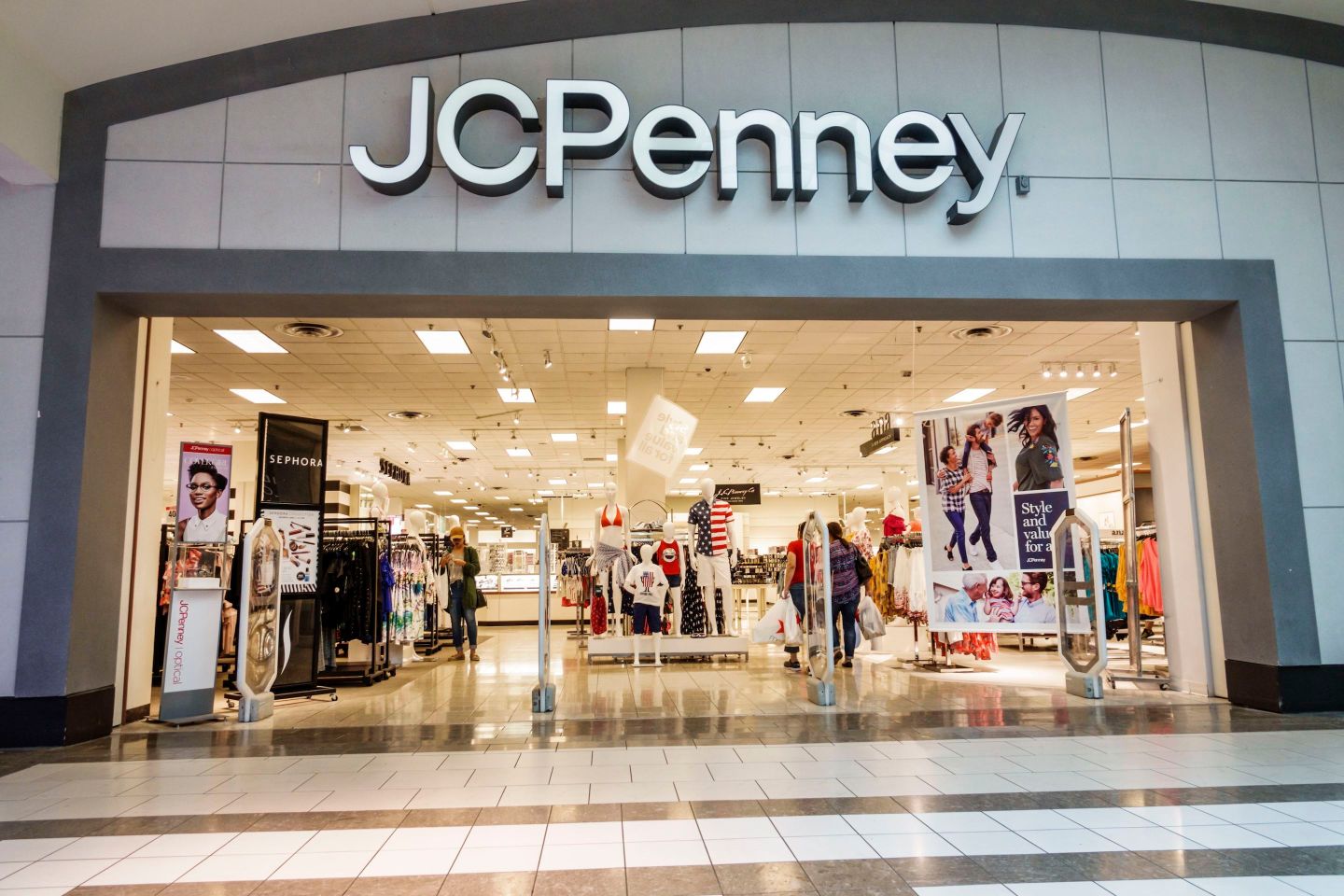 Shares of J.C. Penney jumped after the ailing department store cut its quarterly losses in half and announced it would partner with the online used clothing resale company thredUP, in another bid to boost flagging sales.

Retailers have been searching for ways to get people back into their stores as the retail industry has been buffeted with changing consumer preferences and the ascent of Amazon.com.

Macy’s, also struggling, on Wednesday cut its expectations for the year, falling far short of Wall Street’s profit expectations, while its stock fell double digits. It, too, announced a partnership with thredUP.

This month, thredUP will have shops in “select” Macy’s, J.C. Penney, as well as Stage Stores, and by September will have 100 shops across the three retailers, the San Francisco-based company tells Fortune. “The partnership allows retailers to add thredUP product to their stores or websites,” a spokeswoman said in a statement. Since its merchandise is always changing, she said thredUp creates a “treasure hunt” atmosphere that “attracts younger customers and gives them more reasons to come back.”

Among the worst hit in the retail industry tumult has been J.C. Penney, which just received a delisting warning from the New York Stock Exchange because its shares have fallen below $1. In morning trading Wednesday, Penney stock climbed 6%.

“We are not simply running a business—we are rebuilding a business,” said CEO Jill Soltau said in a prepared statement. “We are making a difference and today, I feel more confident than ever that we will reinvigorate and rejuvenate this great company to sustainable, profitable growth.”

Penney said it will open a thredUP shop in 30 stores, which is not the first time the company has shifted in unexpected directions, notably and disastrously under former Apple executive Ron Johnson.

But the company needs to find a way to turn things around.

Sales at Penney’s established stores, a crucial measure of a retailer’s health, have eroded steadily. Same-store sales tumbled 9% in the second quarter, or 6% when you account for the impact of the company’s exit from major appliance and in-store furniture sales.

The company was able to clear troublesome levels of inventory. J.C. Penney said Thursday that inventory declined 12.5%, to $2.47 billion and it reported an improvement in cost of goods sold.

Excluding certain items, it lost 18 cents per share. That’s much better than the loss of 32 cents per share analysts surveyed by Zacks Investment Research expected.

The company also reported getting a $5 million boost from tax benefits.

“The net loss of $43 million on the bottom line reflects this dynamic and brings total losses in the year to date to $196 million,” Saunders wrote to clients. “The magnitude of these losses underline that JC Penney is not only in a bad place from a proposition point of view, but that it has very little financial room for maneuver.”