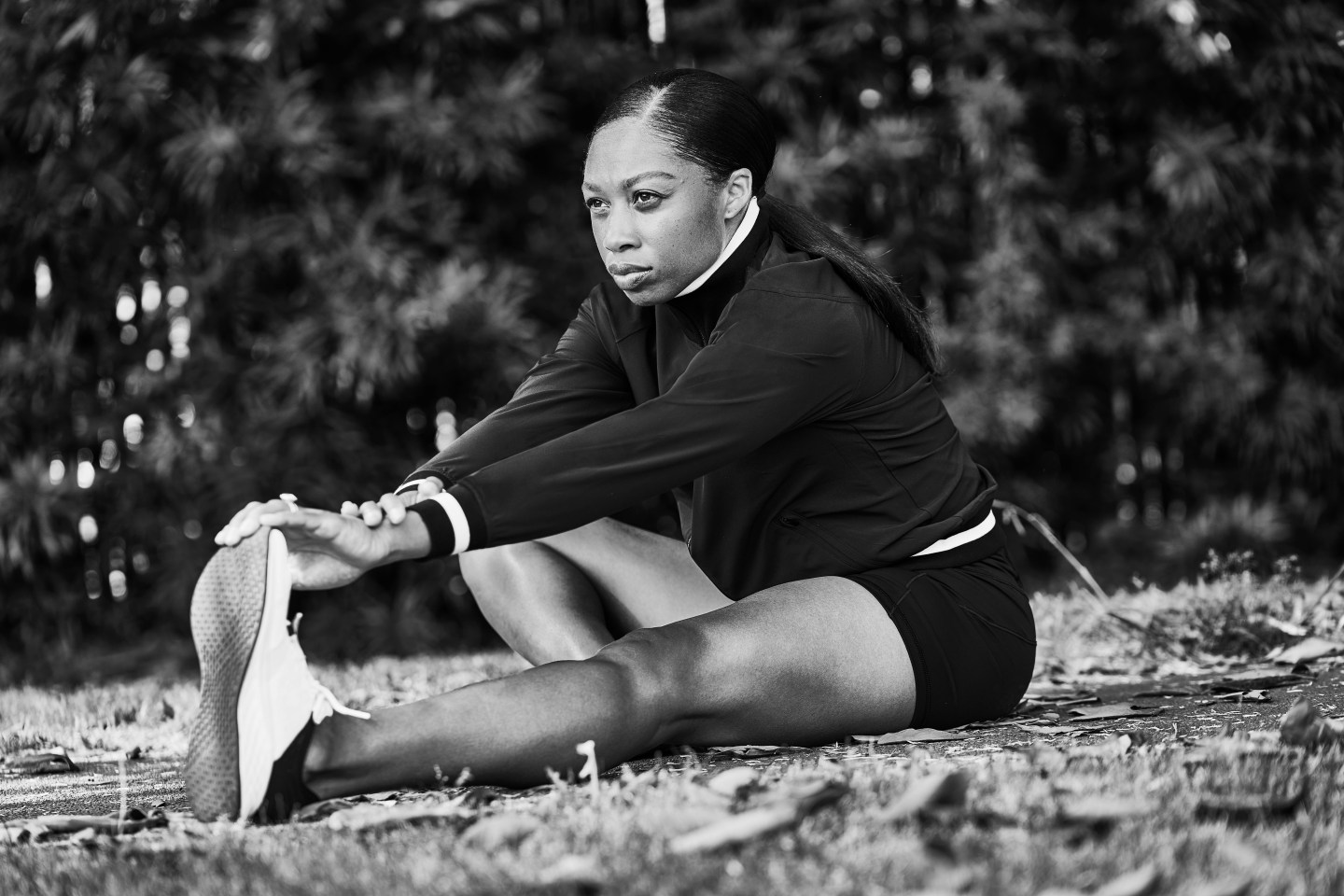 When Allyson Felix competed at USA Track and Field’s nationals last week, the most decorated woman in the Olympic sport was without a sponsor. Two months earlier, Felix had come forward about her battle with former sponsor Nike for a contract that would protect her deal and income during and after pregnancy.

At this competition, however, Felix was wearing gear from Athleta. The apparel set the stage for the Gap Inc. brand’s announcement Wednesday that it has sponsored its first-ever athlete. As with the Nike deal, Athleta will take on a full athletic sponsorship of Felix, including compensation and coverage of essentials, like gear and travel to competitions. But that’s where the similarities end, says Athleta chief marketing officer Sheila Shekar Pollak: “We’re redefining what athlete sponsorships look like.”

Athleta—which together with sister brand Intermix was responsible for about $1.1 billion of Gap. Inc’s $16.6 billion in revenue in 2018—will work with Felix to design and launch her own capsule collection. The retailer says it’s also planning to create campaigns that, in addition to featuring Felix’s speed and athleticism, will put the nine-time Olympic medalist’s experience as a mother front and center. “It wasn’t just me as an athlete. They’re excited about me as a mother, as an activist,” Felix says.

Track and field star Allyson Felix with her daughter.
Athleta

Felix gave birth to her daughter, Camryn, in November 2018 through emergency C-section at 32 weeks after suffering severe pre-eclampsia. She spent most of the next month with her baby in the neonatal intensive care unit. But since her Nike sponsorship had expired in December of 2017—and she was in the midst of negotiations to re-up the deal—Felix felt the pressure get back into peak shape as fast as possible; late at night, she’d rush to the gym whenever she could.

“My health was in jeopardy. I had so much on my mind to still have to be concerned with training—it takes a toll on you mentally and physically,” Felix says.

Athleta declined to disclose the financial terms of the multiyear sponsorship deal, but says that Felix has been guaranteed “100% protection” for any future pregnancies and it covers her daughter’s travel to all competitions. Felix says she hopes that the deal leads other sponsors to improve the terms of their agreements with female athletes. (After Nike faced criticism over its deals, the company agreed to change future contracts so female athletes are not financially penalized for not meeting performance goals due to pregnancy.)

Besides changes in sponsorship practices, Felix hopes to see her sport better support mothers in competition, perhaps by taking a cue from professional tennis and offering childcare on the circuit.

Athleta had been interested in sponsoring its first athlete for a while, Shekar Pollak said, and reached out to Felix after seeing her New York Times interview about her stalled negotiations with Nike. (The brand already included athletes in some of its campaigns, but hadn’t pursued a full sponsorship.) Felix shared her story after Olympic runner Alysia Montaño first went public with her similar Nike experience.

“I was open to doing something that hadn’t been done before,” Felix says of choosing to go with a first-time sponsor. “We’re flipping what we think sponsorship looks like for women.”

—What does it take to certify that a company takes harassment seriously?