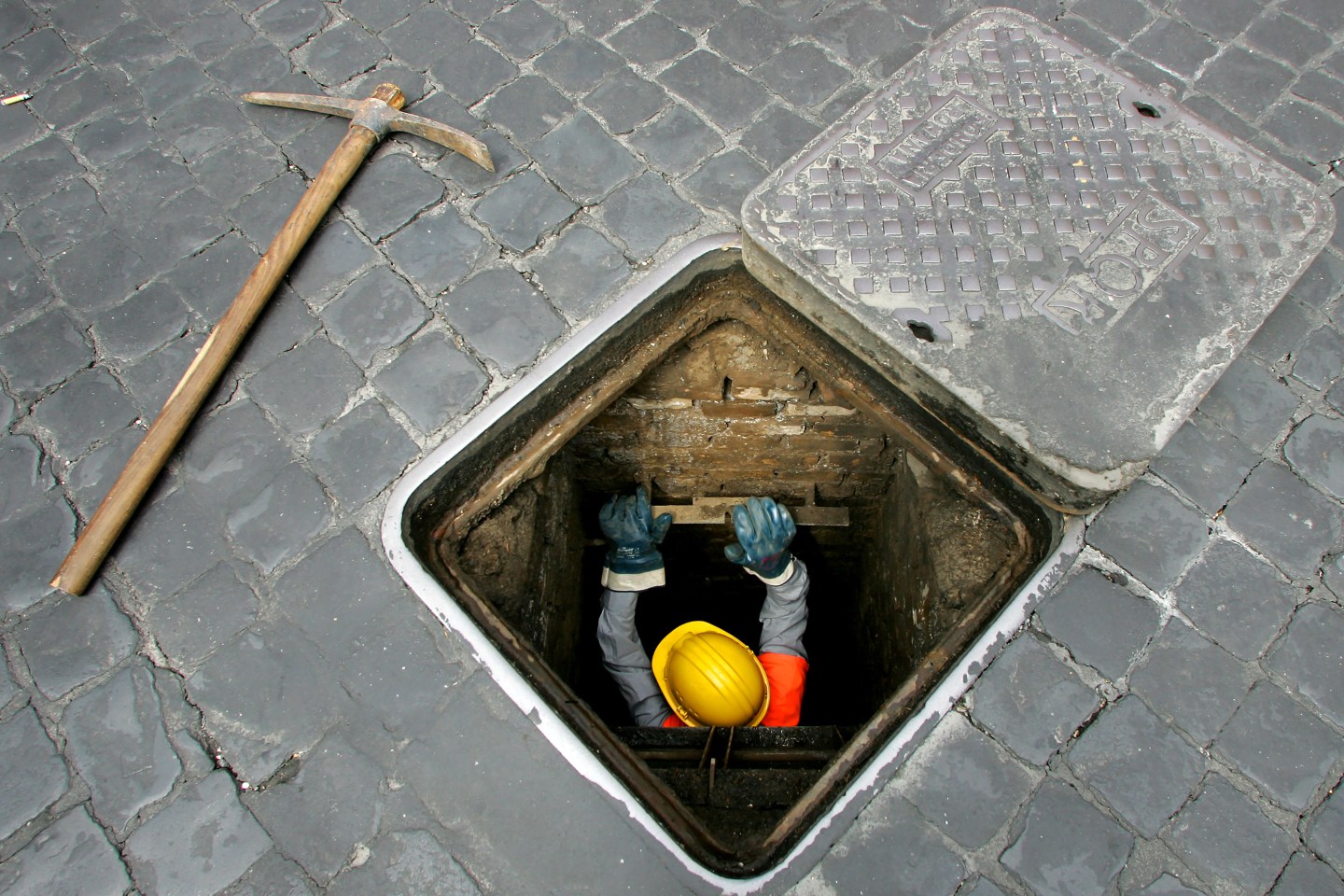 A security worker searches down a manhole near the Vatican as police tighten security in Rome June 3, 2004. U.S. President George W. Bush is due to arrive in Rome for a 36 hour visit early on Friday and Italian officials fear a repeat of the violent clashes that marred the G8 summit in Genoa three years ago when a protestor was killed by police and hundreds of activists and police were wounded. REUTERS/Alessandro Bianchi DJM - RP5DRIDUSLAA
Alessandro Bianchi—Reuters

Berkeley, Calif. is taking gender neutral to the next level.

The city has passed an ordinance to replace terms in its municipal codes that refer to gender with non gender-specific words. So, for instance, a manhole will become “maintenance hole,” while a sorority or fraternity will now be called a “collegiate Greek system residence.”

“In recent years, broadening societal awareness of transgender and gender nonconforming identities has brought to light the importance of non-binary gender inclusivity,” the referral reads. “The League of California Cities saw the need to develop a best practices guide for city officials and city staff related to new state laws, policies, and practices that promote inclusive workplaces. Included in the list of recommendations, is for municipalities to replace all gendered terms within their Municipal Code with gender-neutral terms.”

The item passed without discussion or debate.

Among the other terms getting new non-gendered replacements are: